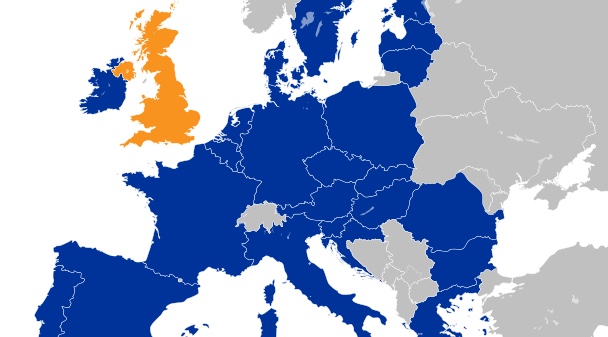 The Lesson the U.S. Should Learn from Brexit

It was said to be a virtual impossibility. The leading polls of the voting electorate in the United Kingdom seemed to indicate that “Remain” held a majority albeit a slim one over the “Leave” campaign in last week’s Brexit. Wait – what’s a “Brexit” you say? It sounds more like something you’d eat for breakfast than a political issue, let alone an issue that would pertain to our hip-hop readers. Why even discuss it?

What – you mean you haven’t been reading our annual UK Hip-Hop Month feature? You didn’t know that several of our writers were from the United Kingdom? This is an issue that matters to us a great deal, and as the “yank” in this discussion, I also have a uniquely American perspective on the implications of UK voters choosing to Brexit the European Union by a 52% to 48% margin. Before I tell you more about that let me give you a little background on the whole Brexit situation.

The modern EU as we know it came into effect in November of 1993, but the idea behind it took root in the aftermath of World War II, when European nations and their citizens began to recognize the need for greater cooperation and partnership to prevent the outbreak of another such war with its accompanying loss of life and liberty, combined with what they viewed as the rising threat of the Soviet Union as a military and economic superpower. This wasn’t really that altruistic – it was just a recognition that historical differences could be put aside in favor of the more lucrative benefits of cooperation and partnership. The military industrial complex may profit in wartime, but the economy as a whole thrives in peacetime. The Treaty of Rome got the ball rolling in 1957, and the collapse of the Soviet Union led to a reunified Germany joining and a rapid expansion to new member nations following the Maastricht Treaty in 1992. A unified monetary device (the euro) soon followed which in many (but not all) cases replaced their own individual currencies, making the euro legal tender across a wide swath of Europe. All to the good – right??

The UK and let’s be specific here ENGLAND have always eyed this partnership warily. They never signed the Treaty of Rome, and when they tried to join the precursor to the modern EU in the 1960’s, France twice rejected their application. The seeds of mistrust were already sewn, to the point that there were calls for a referendum in the 1970’s as soon as the UK formally joined. The benefits have generally outweighed the disadvantages – free trade, free travel between member states, cooperation on economic and humanitarian issues, and so on. That hasn’t stopped the UK from flexing its economic muscle multiple times to carve out a “special status” and terms favorite to them and substantially less favorable to the EU as a whole — and even that wasn’t enough the “BRITAIN FIRST” critics back home who felt that home rule was being usurped by a foreign power with a foreign currency.

Make no mistake about it that the recent campaign on a referendum to either “Remain” or “Leave” the European Union has been marked by dire warnings and scare tactics on both sides of the issue, though for me the “Leave” group were always the scarier bunch and the stabbing AND shooting death of Jo Cox punctuated this point (and NEITHER generally happens to politicians in the UK – this is a very rare and horrifying occurrence) as did the advocacy of Nigel Farage, who often strikes me as the UK’s version of Donald Trump. He’s certainly not a chap who is gung ho about immigration in general or Muslims in particular, and strikes me as a guy who would try to build a wall in the ocean around the whole of England if he could. The entire leave campaign seems about as scarily xenophobic and nationalistic as you can get — all too willing to blame any perceived problems in England on the apparently porous borders of the EU letting people flood their shores thanks to that “free travel between member states.” Just listen to the claim that Leave fought for “real people” against “multi-nationals.”

The problem for Farage is that “real people” have been hurt by the Brexit. The UK and the world economy both tanked on the ramifications of the EU’s third most powerful member deciding it was better off going it alone on its own. Furthermore the vote to leave was hardly unanimous among the constituent countries in the UK. Scotland’s voters chose “Remain” and are now threatening to hold a second referendum on leaving the UK so they can REJOIN the European Union on their own. The decision not only severed the EU but severed the UK, and those “real people” the voters hurt are millions of working class citizens who struggle to make an honest living for themselves and their families in the face of racism and the economic disenfranchisement that comes with it. A weakened and divided United Kingdom helps no one, and sewing the seeds of hatred and racism toward the immigrants that have made the UK a multicultural mecca don’t either. It’s having a domino effect throughout Europe as every country wants to blame “the other” in their midst for whatever problems they have.

I’m hopeful that U.S. voters will keep in mind the ugly and disastrous example set by the Brexit vote when they go to the polls in November to choose between Donald Trump, Hillary Clinton, Gary Johnson, Jill Stein, or whoever else might make the ballot. I can tell you which one of them sounds the most like Brexit without hesitation though – the man who (like the Leave campaign) blames immigrants for all of our problems, who wants to put up a wall between the U.S. and Mexico, who thinks Muslims should be eyed with suspicion solely on the basis of their religious beliefs. I’m not saying that if you vote for this man you want to see the U.S. unravel like the U.K., but you should sit and think long and hard about the social and economic consequences of electing an anti-immigrant hate monger to be the next President of the United States. Brexit has already shown us that the triumph of xenophobic racist nationalism over common sense has dire consequences.