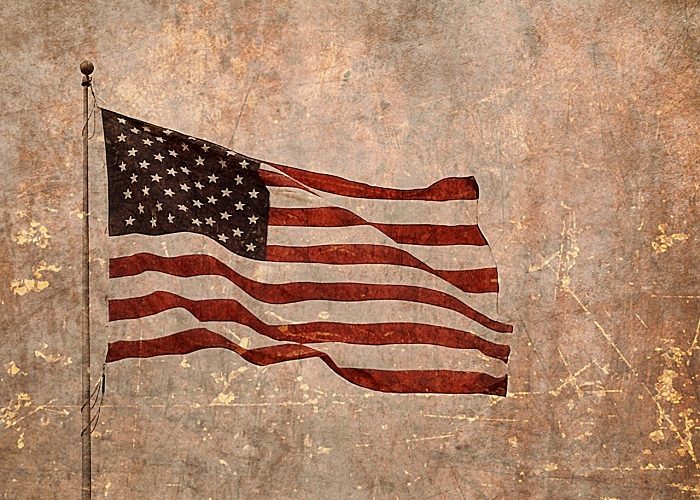 It’s not hard if you study U.S. history (which as a kid in the United States is pretty much mandatory) to realize that the “Founding Fathers” had some great ideas but were also flawed human beings like any of us. Some drank too much, some were womanizers, some were slave owners, and the emerging democracy they championed was meant only to benefit white rich landowners. The Civil War exposed a deep schism in this country that despite over 150 years in time has still left a deep physical and emotional scar. “Life, liberty and the pursuit of happiness” is definitely not all it’s cracked up to be if you’re an immigrant, poor, or profess a religion other than Christian (or none at all).

Despite the difficult burden of history and the lingering racism that never goes away in the good ol’ U.S. of A., I still wouldn’t have it any other way than to be an American. I find it troublesome when people say “If you don’t like it GET THE HELL OUT.” Besides the fact the First Amendment protects your right to say or print your opinion on anything you like (no matter how unpopular) and freedom of speech is a value I hold dear, it’s also incredibly shortsighted to love this country (or any other) blindly and with no objectivity. You can still love America without loving the police force in Ferguson, or the mass shootings in Sandy Hook, Fort Hood and Orlando (among many others). You can appreciate the freedom you have while regretting that crippling poverty prevents others from enjoying those same liberties. You can say nobody should starve in a land of such wealth without being unpatriotic.

This land I call home, this union of states, is no more perfect at 50 independent bodies (48 contiguous and 2 outlying states) than when it was 13 colonies burdened under the yoke of a tyrannical king. The one redeeming quality that Americans can claim though is that we can examine the truth of what we’ve come from, where we are today, and how we can strive to do better. If every single person who was critical of the U.S. was to “GET THE HELL OUT” who would be left to point out that America is still a work in progress, deeply flawed, but with room to grow and be better? Instead of singling out those who criticize the flaws of the United States, we should champion them for helping all of us to recognize we don’t always live up to our ideals. A nation composed almost entirely of immigrants shouldn’t be so fearful of immigration. A nation of colonists who feared religious persecution in Europe shouldn’t persecute non-Christians today. A nation that once codified by law the idea that federal benefits could be apportioned by a “Three-Fifths Compromise” should be able to recognize the inherent racism and not hide from it. What are Americans if we don’t try to be better citizens of this nation and this world?

I hope you enjoyed a safe and happy 4th of July if you’re an American resident, whether a citizen or an immigrant hopeful to become part of the tapestry that weaves this country together. I hope you enjoy the fruits of liberty and do not take them for granted, and remember that as long as racism, poverty, sexism, and all forms of discrimination on the basis of religious differences or sexual orientation exist we are NOT truly free. What diminishes one among us diminishes each and every one of us. Fight for everyone to have the full benefits of the so-called “American Dream” and then enjoy the fireworks we all get to see over the holiday weekend.