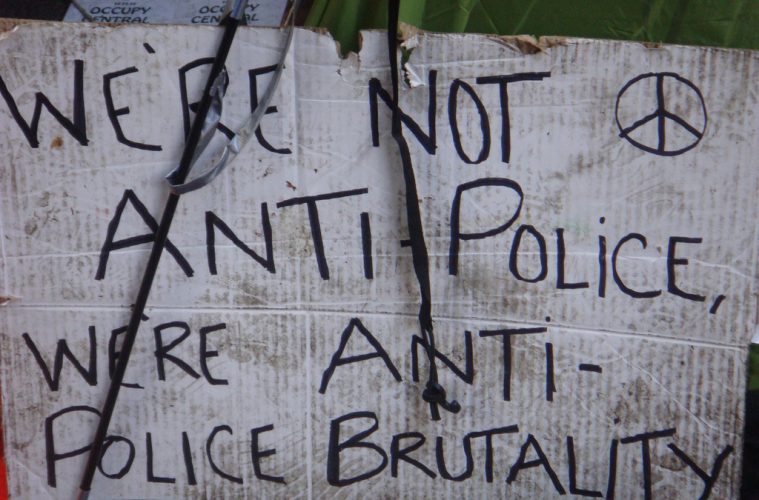 The biggest problem I have right now with critics of #BlackLivesMatter right now is their dubious claim that #BLM has created an atmosphere of hostility toward cops that makes it the most dangerous job in America. Aside from the fact this is easily proved false with a minimal amount of research, it seeks to blame the very victims of police action for the racial profiling and harassment they’ve received. “Of course we’re going to stop your protest and arrest everyone! Don’t you know that #BLM has made black people hostile to cops? We have every right to shut you down. You’ve made it an unsafe work environment for us and #BlueLivesMatter too.”

Give me a break. I’m old enough to remember four white cops being acquitted for the beating of Rodney King when I was still a teenager, and there was no social media or #BlackLivesMatter preceding the response to that travesty of justice. Cops have been harassing black people since well before the Civil Rights Movement of the 1950’s and 60’s. The world would no longer turn a blind eye to the Jim Crow laws of the South and the political and law enforcement muscle backing it up. Let’s not mince words here – the police in many states felt it was their duty to keep the “uppity negro” (or less polite euphemism) in line and suddenly found that much harder to do. I suppose they blamed the “liberal media” of the day for that too, and claimed it was poisoning people against them. It’s far more conceivable that after a hundred years of quietly putting up with bullshit that people weren’t going to take it any more, and almost a quarter century after NOT quietly putting up with it after King, those voices are louder still. Blaming the victim absolves the victimizer from their responsibility.

In the interest of fairness I will say that there are plenty of officers who are professional, courteous, decent hard working men and women of law enforcement that do their job the right way. As a friend of mine who is a cop once said during a podcast, there are officers who profile and discriminate and there are those who don’t. Some take the badge and the gun and see it as their means to reinforce a white power structure, while others view it as a chance to help the community they live in and make a difference. You can save lives or you can take lives — it’s all about the mentality you have going into the job. Unfortunately we can’t as a society exonerate the good cops until we are willing to discuss the ones who aren’t, and you can’t end the hostility toward police by pretending there aren’t bad cops who give the ones who truly “protect & serve” a bad name. Hip-Hop has never been shy about exposing this harsh truth, so let’s take a look at 10 videos that show that this animosity didn’t spring forth from the head of #BlackLivesMatter full born overnight.

And here’s a bonus video for which no music video exists – Main Source – “Just a Friendly Game of Baseball (Live).”