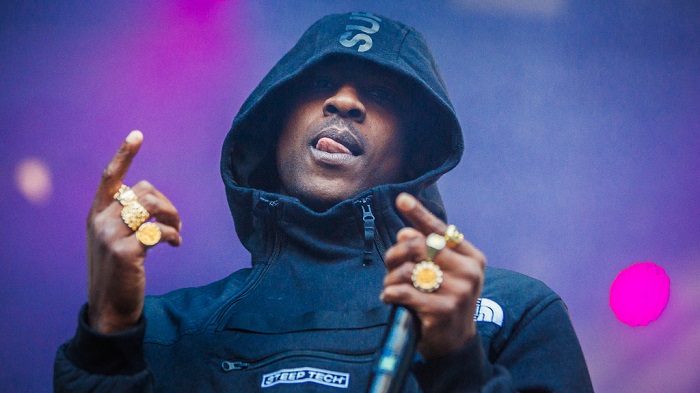 What Is “Grime” Music Anyway?

As a British man, I’ve read the American reviews that have been written about Grime records this year and feel that the artists have been dealt a disservice by writers not versed in British music. Many Americans believe Grime to be the UK’s equivalent to American Hip-Hop, but it’s not. There’s been a UK Hip-Hop scene since the 1980s, whilst the Grime scene is a millennial phenomenon. The lines have blurred over the years as to what separates a Grime track from a British Hip-Hop track, so what better time than now to try and clear this up with a bit of perspective and a brief history lesson.

If your first exposure to Grime is Skepta’s “Konnichiwa” or Jme’s “Integrity”, it’s fair to assume it sounds like an inferior alternative to American Hip-Hop. The beats often knock, and the thick London accents are an interesting diversion, but it’s not getting near the level of classic Hip-Hop albums… Scruffily delivered, cornily written and lacking the depth of many superior American emcees’ music – all fair assumptions. The problem with this perspective is that it ignores what came before, and what the U.K. has grown up listening to. Skepta is a dope emcee, but not in the same way a Nas or Kendrick is. They excel in different areas, because ultimately, they make different music. The art of emceeing has grown outside of the New York bubble, encompassing the chatty Mike Skinner (The Streets), the scathing Cockney tones of Dizzee Rascal and the croon-rap that Drake has been at the forefront of. Even Future’s incoherent ramblings are pushing the genre’s limits, whether traditionalists agree or not.

In a recent review by HipHopDX of Skepta’s 2016 release “Konnichiwa”, they criticise it for containing subpar lyrics. A review of Jme’s “Integrity” by this very site highlights the global misunderstanding:

“Jme frequently delivers lackluster lines on almost every song, many of them being difficult to listen to more than once. On ’96 F*ckries’ Jme raps ‘Nobody wants to get punched in the face cause when you get punched in the face it hurts.’ On ‘No You Ain’t’ he raps ‘They say you are what you eat, so go against me and you’re dead meat.’ Lines like this just plain and simply bring songs down. An artist like Jme who prides himself on and largely relies on his lyrical abilities cannot allow lyrics such as these to have any place in projects that are meant to be taken seriously.”

Those lines aren’t supposed to be taken seriously. Jme is one of the big names in Grime, but he’s refreshing thanks to the light-hearted style he has. Given Jme founded Boy Better Know (BBK), he takes Grime VERY seriously, but that doesn’t mean Grime has to be serious. The way the (presumably) American writers have approached Grime in an analytical manner defies the accessible, fun nature of the genre. It’s pointless, a bit like a Pitchfork review of a Young Thug record scraping morsels of redeeming critical value from a record that you simply want to know whether it bangs or not.

To understand Grime, you need to understand its roots – specifically in UK Garage. Jme and Skepta have been around a long time (over ten years), meaning that they were refining their rhymes in the early 2000s when UK Garage was huge. Crews like Pay As You Go Cartel, So Solid Crew, Roll Deep Crew, Heartless Crew, Genius Cru and More Fire Crew were dominating airwaves with catchy hooks and rapid rhymes.

British Hip-Hop has rarely made an impression on the general public. The heavy hitters of the early 2000’s would often make American sounding beats, or at least were heavily influenced by New York’s dominance in the 1990s. When you look at the biggest selling rap songs between 2000 and 2005, it’s nearly all from UK Garage artists. The few popular rap songs of this period were of the Pop-Rap variety, with Big Brovaz the only one escaping unscathed with any sort of credibility, their most familiar single being “Nu Flow”:

Back in 2001, Big Brovaz were surprisingly popular considering nobody remembers any of the individual member’s names. I’m pretty sure nobody knew their names at the time. Blazin’ Squad were another popular rap crew, but weren’t taken seriously by anyone other than teenage girls, who, fortunately for Kenzie and co, liked spending money on second-rate rappers they fancied. Their debut single was a 2002 cover of Bone Thugs-N-Harmony’s classic “Crossroads”, a mere six years after the original was released.

This anti-mainstream mentality (which remains to this day) ensured that UK Hip-Hop would remain a quintessentially underground genre followed by purists, students and fans willing to dig for the latest releases.

You can hear how the dilution of the genre went down with Hip-Hop emcees on Genesis Elijah’s debut single “So Hip Hop”. which attacks the likes of Blazin’ Squad, Abs (from pop group 5ive) and oft-forgotten Roc-a-Fella Records signees S.A.S.. Divisive at the time, S.A.S. were British yet rapped with American accents over Dipset beats, something that was frowned upon. Two Scottish emcees (Silibil N’ Brains) actually got signed to Sony Music UK by pretending to have Los Angeles accents, such was the need to sound American to sell records (as shown in the documentary The Great Hip-Hop Hoax).

With the Hip-Hop fanbase sick of Pop groups including singers that doubled up as guest emcees, the stagnant British Hip-Hop sound restricting mainstream appeal, and UK Garage’s decline, a generation of teenagers were primed for a new genre to emerge. Grime pioneers were involved during the days of UK Garage, with Roll Deep’s Wiley even releasing a single that confirmed the confusion surrounding how the music was labelled (note how Hip-Hop is not mentioned once).

International audiences won’t understand the importance of satellite music TV channel Channel U, which has inevitably been usurped by YouTube. It featured low budget British rap and early Grime artists and was a pivotal time. Dizzee Rascal’s “Boy In Da Corner” was a monumental record that transformed UK Garage from DJ Luck & MC Neat summer anthems, and deep (yet limited) Garage crews, to a much grittier style of rap that dripped with the imposing atmosphere of a stroll through a run down estate at two o’clock in the morning. It was like listening to Mobb Deep’s “The Infamous” , but in London. The UK had found its sound and it took you to those tower blocks where pirate DJs would spin the latest sounds. Dizzee is a better emcee than he is given credit for – you only have to listen to Roll Deep Crew’s “Bounce” to see how he stood out before his debut LP dropped.

Two important proponents of Grime overtaking UK Hip-Hop in popularity were Kano and Sway. Most fans of rap music may suggest that a Klashnekoff or Akala are superior emcees, but that’s because their style is built upon an authoritative presence and “kicking knowledge” – traits passed down by American Hip-Hop. Kano and Sway are certainly more digestible and, unsurprisingly, reached a wider audience because of it. They also drew upon UK Garage as much as they did from guys like Blak Twang or Roots Manuva. Listening back to Sway’s debut LP “This is My Demo” from 2005, it’s clearly influenced by Garage and early Grime. It’s full of big bass lines and rapid-fire flows, while Kano’s “Home Sweet Home” from the same year packs in choppy electronic samples more in line with early Dizzee Rascal. They are both records that sound like London, which is difficult to explain unless you’ve spent time there, and are important records any Grime fan should listen to.

People weren’t listening to UK Garage for the lyrical content and Grime continued this sentiment. Emcees would smash their verses by dominating the track through their character, their flow and their charismatic delivery. MC Romeo’s 21 second, 8-bar verse on So Solid Crew’s classic “21 Seconds” is remembered fondly for those very reasons – not the wordplay, storytelling or advanced techniques such as internal rhymes (or multis). Jme himself addresses this dismissively on “Man Don’t Care”:

“These emcees and rappers wanna tell me about their syllables
And their multis, and their similes
All all that shit, then I come through with my ABCs”

Those are features Hip-Hop emcees have developed over the past four decades. They aren’t a measuring stick for Grime emcees and never have been.

Man don’t care ’bout all that.