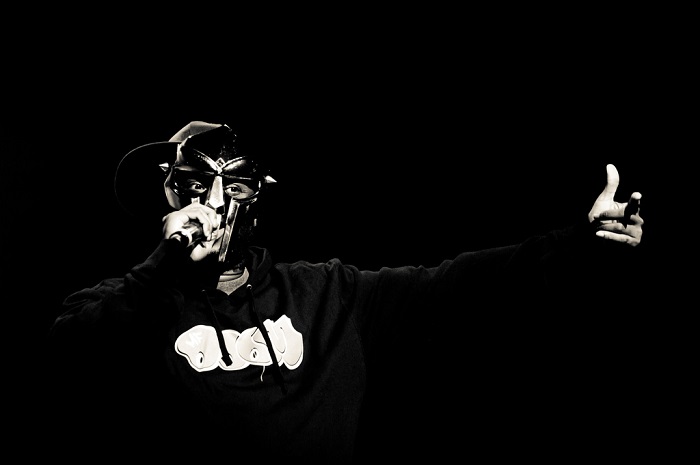 10 Videos Featuring or About MF DOOM

MF DOOM, born Daniel Dumile, was not always the dead bent master of drunken verbal disaster you know today. In fact at one point in his career he was one third of a rap group called KMD who you might have mistaken for hip-hop hippies based on their hit single “Peachfuzz,” although those who heard Dumile’s appearance on 3rd Bass’ “The Gas Face” under his original moniker Zev Love X probably realized he had more up his sleeve. Based on the change in vocal tone over the years it’s almost impossible to believe they are one in the same person, but losing your brother in a car accident and going into depression for three years straight afterward will change you in ways you could never conceive of.

This article isn’t about Dumile’s personal tragedy though – it’s about what was reborn out of that tragedy. Hip-Hop lost a brother in Subroc but it gained a rapper who turned inward to comic book and science fiction influences, mixed with a whole lot of alcoholic beverages, who became a SUPER VILLAIN who unbeknownst to even himself was actually an anti-hero. As hip-hop became ever more commercialized and formatted for mainstream radio play, DOOM stayed right on the cutting edge between dope, weird, and straight up not giving a F#$@ what you thought. These ten videos celebrate Dumile in all his Metal Faced madness.

Bonus) DOOM – “The message of the mask”