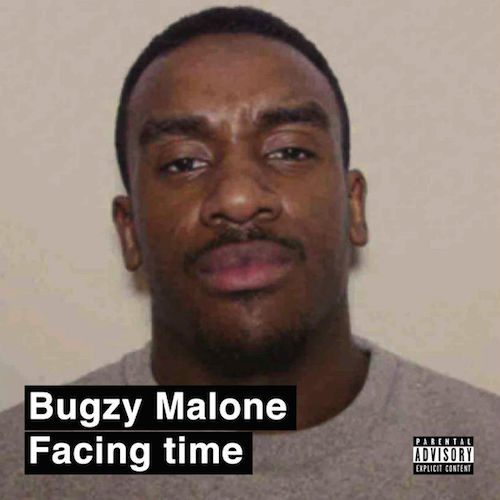 Bugzy Malone had a buzz around him for a few years, known for being one of the fiercest Grime emcees outside of London (hailing from Manchester). To call a YouTube clip a “breakthrough” moment is reflective of how heavily Grime relies on social media these days, but in 2014 Bugzy delivered this:

Mostly known nowadays for when he sent for Chip (fka Chipmunk), Bugzy is now a heavyweight presence in a scene that relishes authentic characters. “Facing Time” is his recent EP and it’s less a Grime record and more an honest example of Road Rap (here we go again with the sub-genres). Bugzy surprised me with this album, as it’s not often a tough emcee puts all his cards on the table and tells you what is on his mind. His imposing delivery coupled with the normality of his content is often refreshing, as demonstrated on “We Don’t Care”, especially given Bugzy’s knack for a catchy hook. The track “Moving” best demonstrates this relatability, with talk of his mother’s debt and how impressed he was at his uncle’s flash car.

There’s a certain, somber tone to the production Bugzy uses on songs like “Beauty and the Beast” and “Moving” that add potency to his rhymes. The song “Facing Time” is another strong effort, one that raises the conflict of interests as Bugzy loses interest in money the more that he makes, or wanting to avoid the music industry despite it being an inevitable result of his success. While the production is decent for what it is, the beats here aren’t as strong as the likes of Krept and Konan. However, with new song “MAD” doing strong numbers already (and being better than anything on this EP), I wouldn’t be surprised to see Mr. Malone “facing time” on the charts in 2017.