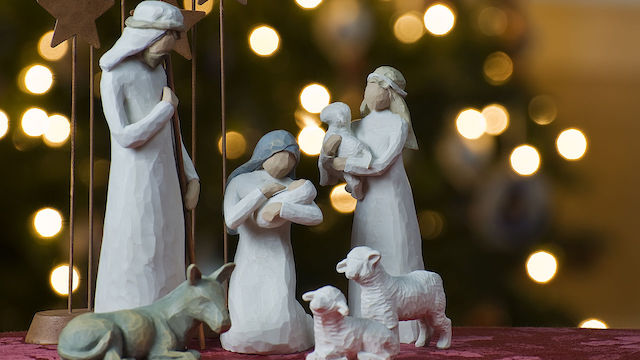 My Thoughts on Christmas This Season

I subscribe to a philosophy that there are many roads to knowing about the universe we live in and whatever higher powers might exist therein. I think Christian, Muslim, Buddhist and Jewish traditions all offer a glimpse into that realm. I could name dozens of different religions and practices but I believe you get the idea when I say that to me the idea of “one truth” doesn’t make sense to me spiritually or scientifically. I think the only way that works for me is to accept all of the plausible ideas about existence and recognize that any truth in them individually may be part of the larger truth – one that is quite possibly inconceivable to the human mind. The universe itself is already larger than man can conceive. Even the distance between our sun and the furthest reaches of our own solar system is hard to grasp. You can walk to the post office, you can drive to California, you can fly to the moon or Mars (maybe) without enough money and rocket science, but that’s about it. We think we’ve explored this whole planet, and yet there are vast parts of this Earth underneath the oceans no human eye has seen. There’s so much out there that we just don’t know.

For me faith and belief is the natural human longing to have an answer and worthwhile in and of themselves for the comfort that they bring – which is why I find them all to have relatively the same value in theory and in practice. In short I can’t pledge my support to any one practice or belief when none of them are the answer and they all are largely equivalent to me. It’s not a knock on faith or belief in any way it’s just my personal preference. And yet as someone who grew up in a Christian household and who participated in Christian holidays, I do have an affinity for some of the traditions I’d be kidding myself to deny. Many a critic has decried the commercialization of Christmas, but those aren’t the things I concern myself with. My wife and I don’t spend more than we can afford on holiday gifts, nor do we ask that of our family and friends. As cliche as it is to say the best gift of all is simply getting together with family and loved ones. I’d rather eat Christmas tree cookies with a glass of milk while sitting at the table listening to my nephews talk about school or video games, my dad tell stories of his days in the Navy, my sister about her latest business venture, my mom her research into genealogy. Presents are of course welcome but the time with family is much more so.

In a year where we’ve been divided by race, religion, politics and gender in every conceivable way possible, the benefit of a Christmas season can extend to Christians and non-Christians alike – and yes agnostics and atheists too. You don’t have to even have a belief as far as I’m concerned – all you have to have is kindness and love. That’s not a naive offering given we have a divided electorate, terrorism both domestic and abroad, police brutality and war in Iraq and Syria among so many other places. None of those things stop or go away just because of the Christmas season. Nevertheless for me the reason for the season is family, and in the spirit of the season, I suggest we all look to the world around us and the family of humanity as well, and know that despite our differences we all still have these things in common – we’re all born, we all live, and we all die. That part in the middle? Why make it miserable for yourself or for others. If you’re capable of spreading love and kindness to others beyond your own family this holiday season please do so. It may be a Christmas thing right now, but if Christmas can have any meaning to the world at large, that spirit of humanity should apply well beyond the month of December. Take the time to appreciate our shared existence on this Earth, because it’s short and fragile, and make the most of it by making the best of it for ourselves and others.