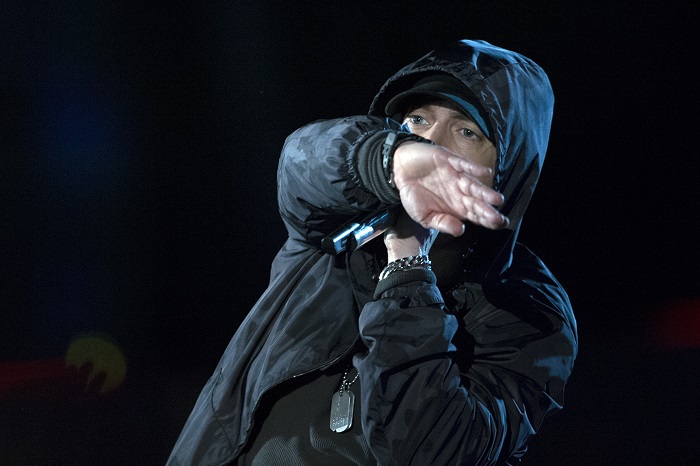 It’s the return of the…
Ah, wait, no way, you’re kidding
He didn’t just say what I think he did, did he?
And Dr. Dre said… nothing you idiots!
Dr. Dre’s dead, he’s locked in my basement!

I suppose if we’re going to keep doing “best of” lists profiling hip-hop artists and groups, a list for Marshall Mathers b/k/a Eminem (Slim Shady) was inevitable – inevitable but not regrettable. Even though he could have been a flop based on his reputation as a battle rapper and freestyler before signing with Dr. Dre, the force of his personality and humor of his rhymes allowed him to transcend to a rap superstar in a way many other battle rappers failed to do. By developing into a storyteller artist, he set the tone for cinematic videos which would support those narratives, but by keeping his comedic side in tact he struck the necessary balance between high art and humor that kept him from being a one trick pony. So won’t the real Slim Shady please stand up?