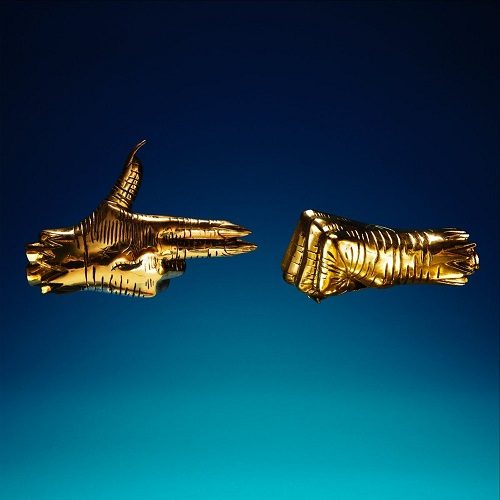 The narrative that 2016 was a horrible year that we’re all glad is over seems to have already been written and accepted as fact in the mainstream consciousness. Frankly I have to assume this is a product of the social media era that we now live in, where bad things happen in real time, and the ability to transmit word of them seems to travel even faster. Between you and me I wouldn’t have wanted to be alive in 1863 or 1945. The sheer scale of war, death, famine and horror would be incomprehensible to those who can talk about a “bad year” from the comfort of their recliners while watching the evening news. In my own lifetime there have been plenty of “bad years” that for the sheer horror of man’s inhumanity to man far eclipse 2016. Any year in the late 1970’s when the Khmer Rouge were systematically killing off millions in Cambodia was a “bad year.” 20% of Rwanda’s entire population was killed in 100 days in 1994 in a massive act of genocide. How do you define a “bad year” then? I don’t think most of us have even the most basic inkling of this kind of “bad” and how bad it can truly be.

Cling to the idea that 2016 was the worst year ever if it gives you comfort that somehow 2017 will be better simply because it couldn’t possibly be worse. Meanwhile for the rest of us who already realize humanity is pretty f#%$ed up and that cruelty is not confined to the 365.25 days of a human calendar, I can look at 2016 and say it was pretty even handed. I’ll remember 2016 as the year De La Soul dropped a new album, the year the Cubs won the World Series, the year I saw the improbable rise of Michael Bisping as champion and the year Columbia ended a five decades old civil war. A lot of bad things happened in 2016 but some pretty good things happened too – and one of them was the release of Run the Jewels 3.

Coming out one day before Christmas, the timing of RTJ3 was definitely symbolic, and also made it deliberately difficult to give this album the proper consideration it deserved for “Best of 2016” lists. The fact it made several of our year end lists ANYWAY should tell you just how much this album got right, and perhaps hype you up to grab a physical copy of the album when it drops on January 13th. True to their unconventional marketing and promotional techniques El-P and Killer Mike gave away digital copies for free (talk about a Christmas gift) though they also gave you the option to pay if you have the means or so desire. You can’t say the idea doesn’t work given that each RTJ album seems to gain a wider audience, they can tour off the strength of their fanbase, and loyal fans also tend to buy t-shirts and hoodies. Of course this only works because El-P and Killer Mike are incredibly musically and lyrically talented. Anybody can give away an album for Christmas, but only Run the Jewels can give away one with songs like “Talk to Me.”

Killer Mike: “Rhyme animal, pitbull terrier
Rap terrorist, terrorize, tear it up
Brought gas and the matches to flare it up
Militant Michael might go psycho
On any ally or rival
Born black, that’s dead on arrival
My job is to fight for survival
In spite of these ‘all lives matter’ ass white folk”

El-P: “I’ma Supercat, from +Don Dada+ to dusk, don’t bother to touch
I got – firm clutch on the grip and the pumps
I might ghost ride a tank, take a ride to the bank
Got the son of Rick Rubin rushin full thrust
Don’t flash weak s–t to the Shark Tank judge
Talk real good cause I’m smart and stuff
We a good crew to f–k with, better to love”

Like previous RTJ installments, El-P is the master magician behind the musical mayhem, producing menacing melodies that make you move hypnotically. The background bass pulses like a laser gun firing at Space Invaders, the drums are so crispy they might as well be fried chicken skin or potato chips, and the swagger of the two rappers here is enough to make a whole nightclub erupt in a violent exhultation of joy. Far from resting on the laurels of their previous successes, Mike and El seem motivated to play “how can we top ourselves” and get even bigger and bolder with their beats and bravado. And just like their previous collaboration with Gangsta Boo, they refuse to fit comfortably into the stereotypes of what indie darlings a rap duo like them should be, working with Trina for the growling “Panther Like a Panther.”

You’d better bless that realness, or as Killer Mike says himself, “I’m the man and I know it – I’m the s%#t bitch, tell me how could I not show it?” The inevitable problem with reviewing a Run the Jewels album is picking out just a few tracks to discuss or showcase when you could realistically leave the entire album playing end to end (like burners) and not want to stop. Nevertheless I’m going to offer you a few selections I was drawn to hit repeat on. “Hey Kids (Bumaye)” featuring Danny Brown dials back their big booming sound and actually sounds even more menacing in its minimalism, and Brown’s nasally guest verse is typical of his charismatic (and quite frankly slept on) rap delivery. If you’re looking for a track that will make you miss OutKast, may I recommend “Down” featuring Joi? I wouldn’t be mad if Andre and Big Boi showed up for a remix. Reflecting like the hand signs of the album’s cover, “Stay Gold” will bounce around any room with a good stereo system, and if you crank this one up in the confines of your car you will NOT be disappointed. And while 2016 may be a year some of you want to forget, “2100” might just be the apocalypse.

But don’t you worry about it though – Killer Mike is down to stand by your side.

“Kinfolk life is beautiful, and we ain’t gotta die for them other men
And I refuse to kill another human being in the name of a government
Cause I don’t study war no more, I don’t hate the poor no more
Gettin more ain’t what’s more, only thing more is the love
So when you see me please greet me
with a heart full and a pound and a hug”

The irony of releasing three beautiful albums it that even a great album like “RTJ3” can still wind up being ranked third in descending order. As good as it is nothing here can top “Crown,” “Angel Duster” or “Early” for me. By no means is this in any way a negative. It’s like saying you’re going to listen to your third favorite Ice Cube or third favorite Michael Jackson album – you’re still going to wind up listening to some brillaint s#$t over and over again no matter what. The good news is that based on the complexity of El-P’s production and the chemistry of the verses exchanged between Mike and El, I don’t think this duo is going anywhere any time soon and they’ll have plenty more opportunities to top themselves on future RTJ installments.