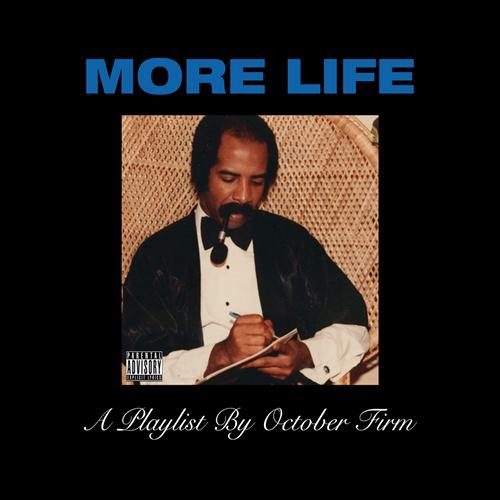 When you make the kind of money Aubrey Drake Graham b/k/a Drake makes, you also get to make up your own reality. That’s why Drake has described “More Life” not as an album but as “a playlist between albums.” That’s fine to say if you want to Mr. Graham but “More Life” is still being sold like an album

and still has singles being released off of it like an album. The first single off his “playlist” last October was the Vinylz & Frank Dukes produced “Fake Love,” which seemed to be Drake’s wholesale rejection of his mainstream popularity via the form of a pop single. In hip-hop that level of contradiction is usually reserved for Kanye West, but as noted we’re dealing with a Drake who is creating and living in his own reality.

Yeah, I know they wanna take my place
I can tell that love is fake
I don’t trust a word you say
How you wanna click up after your mistakes?
Look you in the face and it’s just not the same
I’ve been down so long it look like up to me
They look up to me
I got fake people showin fake love to me
Straight up to my face, straight up to my face”

That’s not necessarily wrong though. If you succeed at the high levels that Drake and Kanye have, you really are surrounded by “Fake Love” at every turn, with even those who seem like your closest friends only using you to achieve success too. Some might say that being out of touch with reality is a bad thing, but maybe it’s a healthy defense mechanism when you’re not sure who you can trust. Because Drake is only listening to the voices in his own head, there’s a certain artistic freedom that goes along with trusting only himself, meaning that he can choose to sing even if fans think he should rap or vice versa. He doesn’t have to answer to anyone for a song like the Rogues produced “Passionfruit” — he does what he wants.

“Doing what he wants” also means that Drake has put this album all over the internet, which means you can just stream it for free on Soundcloud or Spotify if you like. He’s also decided to take a very Carribean slant on this album, so you’ll notice a repeated refrain through of “And more chune for your headtop/so watch how you speak on my name, you know?” The cameos also reflect this style. Giggs hails from the UK but was raised by his Jamaican mother and it shows in his two appearances on “No Long Talk” and “KMT.” The same goes for Jorja Smith and his Jamaica by Waisall, England roots on “Get It Together” which is immediately followed by the tropical sounds of “Madiba Riddim” — a track which once again finds Drake questioning the nature of his reality. “I can not tell who is my friend” mourns Mr. Graham to the uptempo riddim of the track.

“God knows I’m trying” says Drake, pulling at your heart strings, but even though I can be sympathetic to his plight to a certain degree he can certainly afford to be self-indulgent thanks to his success in a way most of the rest of the world can’t. That’s why he can just call on T-Minus and Frank Dukes and adopt a faux West Indies accent and rap “I’m blem for real, I might just say how I feel.” You might? I think you already did. He clearly sees the views from the Six and wishes it had a Carribean breeze instead of a Canadian chill. And he can indulge those whims on his “playlist” to his heart’s content, with song titles like “Gyalchester” and guest appearances by grime artists like Skepta. This is Drake flexing his muscle on an album that’s not an album.

The critical question here should be “Is this a bad thing?” The answer like the playlist is mixed. Tracks like “Portland” featuring Quavo and Travis Scott are exactly what’s popping in commercially successful hip-hop right now, complete with a Murda Beatz track that sounds like it would be at home on a Scott or Migos album. The aforementioned Kanye also lends some of his production along with his vocals to “Glow,” a song which is heavily predicted on big bass hits. “Niggaz see me in person first thing they say is ‘I know you need a break” spits Drake on “Sacrifices,” but with Young Thug and 2 Chainz on the track it already feels like he’s taking one. None of these songs are terrible, but with the exception of Mr. West none of them are a creative force to be reckoned with on Mr. Graham’s level.

In the end that’s the good and the bad side of creating you decide to call a “playlist.” If it’s an album you have to take full ownership of all of the creative decisions, including the cameos and the production, but if a “playlist” doesn’t meet expectations you can write it off by telling people it was “between albums” and not really an album at all. I don’t think Drake should get off the hook that easily, eespecially when hooks are his specialty these days. I’m joking of course but the more time that goes by the more apparent it is that Drake is just as much a singer as a rapper. If he wants to do it that’s his right. If he wants to make a “playlist” and call all his Young Money friends, pop rap stars and UK peers, that’s his right too. And if you accept that he wants to croon, songs like “Teenage Fever” and “Since Way Back” featuring PARTYNEXTDOOR are fine too. The trick to liking “More Life” is deciding that Drake just wanted to f–k around and do whatever he felt like at any given moment. It’s hard to argue “playlist” doesn’t describe it, but at times it feels like Drake is trapped by his success and trying desperately to break free.