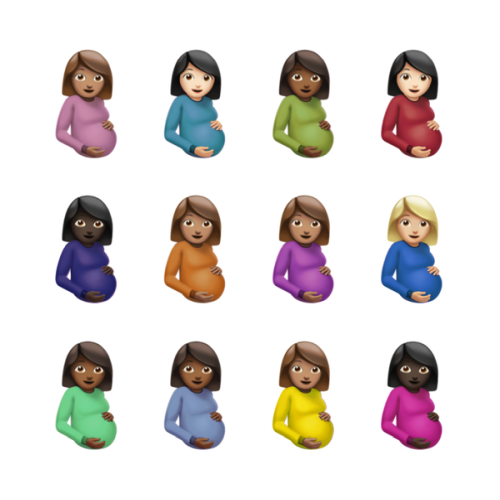 When you write for a website like RapReviews that prides itself on separating the wheat from the chaff, the dope from the trash, and just admitting when something is simply good or not, it’s hard not to ignore the discourse surrounding Drake. He’s the biggest rapper in the world, whether you like it, I like it, or Drake likes it. His music does numbers regardless of the quality. His blend of hip-hop and R&B has a huge audience whilst pissing off the purists of both genres. Claims to be amongst the greats are built on a catalog of mediocre albums and rely too much on singles. He’s a decent emcee and a competent singer, with the ability to craft excellent songs – the guy’s a hitmaking machine but when you put his work up against a Jay-Z or a Kanye West, it simply doesn’t compare. Where Drake succeeds more than any other rapper is his knack for creating playlist rap. His music is perfect for throwing on in the background or acting as the soundtrack to an advertisement. There’s an expensive style and swagger to Drake’s music that is easy to listen to, but there’s only so far that goes. He makes serviceable and accessible material. But at the end of the day, it’s often colorless, flavorless, and ultimately soulless.

Now that’s off my chest, you’ll understand why it’s taken so long for a review to emerge from RR towers. Fair play to Steve for persevering with Drake on an annual basis. Compared to your Westside Gunns, an annual release may feel rare in comparison, but considering Drake’s albums lack any unique identity or individuality, they start to blend together. The last one I truly enjoyed was 2013’s “Nothing Was the Same” as that felt sincere and genuine, with big singles like “Started From the Bottom” and “Hold On, I’m Coming Home” giving it the heft it needed for pop listeners. It was in my Top 10 that year. Each album since has benefited from a hit single masking any shortcomings elsewhere – streaming numbers only highlight this.

Many music outlets have been critical of “Certified Lover Boy” and rightfully so. It’s not a good album. Not only is it boring, but it’s full of strange decisions.  The cover of Right Said Fred’s “I’m Too Sexy” with Young Thug and Future is dreadful. The original was bad, and this rendition is tantamount to garbled karaoke. The attempt to turn the comical hit that was written to poke fun at vain gymgoers into a legitimate track for vain gymgoers falls flat on its perfectly maintained face. Bad decisions are rife throughout “Certified Lover Boy” – “Champagne Poetry” is a mess, with a sample that interferes with Drake’s rap. It’s distracting and a strange way to start an album.

There are a few tracks where the Torontonian bemoans his position, citing it’s lonely at the top, not being able to trust others, and boldest of all, that he’s never had a lot. The same Drake that’s been a millionnaire for over a decade. While these inconsistencies in continuity are frequent throughout “CLB”, largely through sloppy writing, it’s difficult to identify with what Drake is sharing. It’s more noticeable on “Love All” as you’ve got Jay-Z, a master of his craft, acknowledging his wealth and position in the rap game, but articulating his own struggles that come with that. There’s nuance, inflection, and a wry sense of humor to Jay’s presence that makes Drake sound ordinary on his own song. I liked the track overall though and enjoyed “7am on Bridle Path” too, at least the production (too many names to mention).

The hypocritical and ultimately flawed message behind Drake’s rhymes continues to undermine his strong sense of melody. There’s “Pipe Down” where he’s telling his woman to stop moaning, to shut up, to pipe down. But then he gives a number of reasons justifying her argument, whether it’s throwing money at her, the thought of writing his feelings down (over a thousand pages worth), and blaming her lack of communication. He comes off as the problem in this situation – how about you pipe down Drake. Again, it benefits from a superb production so feels like another missed opportunity. You’ve got “No Friends in the Industry” where Drake questions the motive behind artists requesting features, despite having at least ten superstars featured on this very album. I thought this was a diss aimed at Lil’ Wayne as he does an impression of him on the first verse, but it can’t be as Weezy appears on “You Only Live Twice” with Rick Ross.

“Knife Talk” is a solid slice of street menace, but it’s practically impossible to believe Drake killing a fly let alone a human being. His flow certainly suits the vibe of the track, but Project Pat repeatedly crying “gang shit, that’s all I’m on” is jarring, to say the least. And don’t get me started on the Drake line “my pen game’s fire” when we know Drake has admitted he has help with his writing. Again – does nobody else see how flawed these bars are? Is it just me?

Critics of Drake, particularly those that despise his so-called softer style, will have a field day with “Girls Want Girls” as he literally admits to being a lesbian. Clearly, the intent is along the lines of “I like women too”, but it’s misjudged and a poorly written attempt at wit, and remains baffling in execution. Who thought this sounded dope? Quality control has been an issue for the last few Drake albums; outside of last year’s “Dark Lane Demo Tapes”, all of Drake’s solo material since 2013 has been in the 70-90 minute region, which is far too long. Is it engineered this way to farm as many streams as possible? Does he have too much control and need an executive producer to cut material? Am I about to have an aneurysm? Possibly, but it’s frustrating when you’ve enjoyed an artist earlier in their career and seen them put formulas and numbers ahead of their art. It’s not even the music that’s let him down here, but the writers. There’s just too much careless writing on “Certified Lover Boy”.

Drake has a solid singing voice so the reliance on Autotune just feels lazy and overdone throughout “Certified Lover Boy“. Earlier in his career, you could at least see remnants of a personality and there’s a reason “Take Care” and “So Far Gone” are deemed his best material, as it was before he became this lifeless machine. Nowadays, there’s no hunger or passion in his voice, nothing for the listener to latch onto and feel. It’s beige, hollow music and that’s what ultimately frustrates your dedicated rap listener because it doesn’t make sense why it’s so damn popular. When you throw the poor writing on top of this, and some real hit-and-miss production into the mix, “Certified Lover Boy” may well be Drake’s worst album. It’s a real shame because we know what Drake is capable of and the millions of fans deserve better.