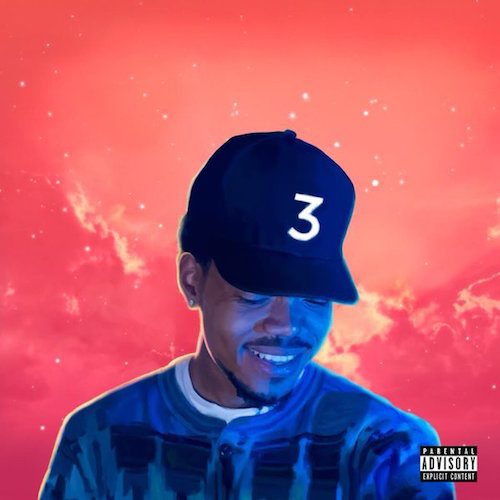 Chance The Rapper is no stranger to attention. His mixtape “10 Day” turned heads when he released it at the young age of 19. Following that up, his second effort “Acid Rap”, another mixtape, met a terrific reception amongst many listeners with its down home, charming stoner style. This brought Chance into the limelight, making anticipation for “Coloring Book” quite heavy. Soon enough the day had come and the third installment of Chance’s mixtape series dropped, first as a streaming option. The results were impressive to say the least. The commercial response was stupendous and critics raved: Chance was our guy! Whose guy, you may ask? Well, everyone’s! “Coloring Book” was stylish, catchy and most of all it brought something new and fresh to the table: a new type of rap, a sort of, gospel rap. And so, countless streams of his album and a few Grammy awards under his belt later, Chance The Rapper is sitting pretty in the rap game.

Nevertheless, looking, and listening, back on “Coloring Book”, one must wonder, was it really all that good? The short answer is: no. The long answer? Well, it’s actually not all that complicated. It goes something like this:

“Coloring Book” shows strengths, there’s no doubt about that. Chance’s relatively smooth flow throughout bars, his ability to write a catchy hook and a few witty lines here and there and his undeniably good ear for thematic beats are for sure something to recognize. Unfortunately, the pros for this project are just about summed up at this point. The cons, however, are a bit more extensive.

For starters, Chance does not in any way possess a high level of skill when it comes to rapping. As previously noted, his flow is decent, but his bar structuring is often off-point and his lyrics are not exactly poetic. Take these bars from the track “Mixtape”:

Okay, so you may be thinking, “Hey, that song is supposed to be dumbed down lyrically!” And to that I say, alright, how about these lyrics from the track “Same Drugs”:

Now it’s also possible that you may be thinking, “Yeah but what about on “How Great?” Well the truth is that he does step things up a slight notch on that track, but upon closer listening it’s really not much to write home about. Chance clearly anticipates Jay Electronica’s feature and the heat that a feature of that caliber will bring so he brings a much tighter rhyme scheme and a seemingly more in-depth lyrical meaning. The result is in fact a tighter rhyme scheme, and much more meaningful lyrics. Nevertheless, that’s one song. Not to mention, Jay E. washes Chance by a long shot.

The next reason that “Coloring Book” is not all it’s cracked up to be is that this wonderful new thing he is doing in hip hop, this “gospel rap”, is really nothing new. Maybe no one has taken it to a serious degree in quite a while, but neither does Chance. A reference here, a God name drop there, that doesn’t qualify this tape as gospel. Also, Kanye West made an entire song referencing Jesus some years ago. That’s much closer to the ideal people are raving about. Also, let’s not forget the dozens of rappers who have shouted out a higher deity over the years.

The final reason to write off “Coloring Book” is that mixing/mastering job is simply not well done. Several aspects of the sonic structure on otherwise well-made beats and well-laid vocals sound blurred and mashed together. It is not a pretty listen by any means unless the listener is willing to bear the pain of a weak recording process.

All of this being said. “Coloring Book” is not what it was made out to be. Chance The Rapper does not completely flop on this project, but he does little to earn the camaraderie many have given him. If Chance is to be considered a future great, then “Coloring Book” is a stepping stone project at best. Good work, Chance, but better luck next time.