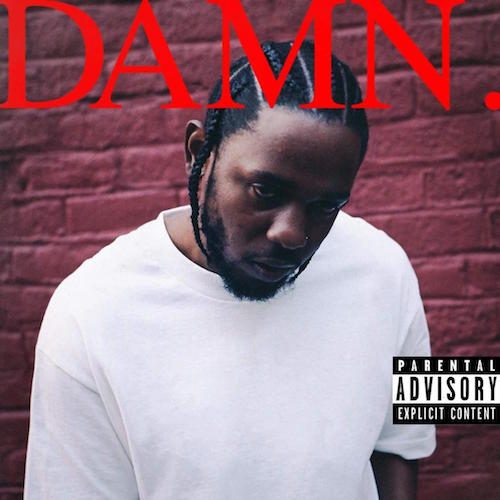 After the stunning one-two punch of “good kid, m.A.A.d city” and “To Pimp a Butterfly” (both major label releases), Kendrick Lamar returns to a slightly more straightforward format, but those calling it a sequel to his indie debut “Section.80” are possibly overdoing it. K-Dot the Caterpillar has transformed into a beautiful butterfly called Kung Fu Kenny (this sounds like a questionable children’s story) and gone are the stunning – but frequently convoluted – narratives designed to hook us in: “DAMN.” is far more instantly identifiable and rewarding off the bat, and it improves with every spin. It’s polished and refined to within an inch of its life (somewhat akin to “The Life of Pablo”); the music isn’t as catchy as GKMC or attention grabbing as TPAB, but proves far more coherent and uniform, with producers bending to Lamar’s will; he barely puts a foot wrong lyrically; and pretty much every decision makes sense, working in unison to create a album-lover’s LP. That level of efficiency can be a double-edged sword (we’ll come to that later) but rest assured and first things first: Kendrick Lamar has gifted us another excellent album, and he most certainly hasn’t dropped the ball.

Releasing it on Good Friday proved the perfect tonic, giving the world a wonderfully long weekend to soak it all in. What transpires is a near-supreme confidence, one allowing Kendrick the ability to forego the “Short Film” quality of GKMC, and the overwhelming ambition of TPAB (allied with THAT shock ending). Yes, there is a slight narrative, an underlying concept and overtly religious themes. But these are wholly predictable, and many of us guessed the general concept of “DAMN.” simply by reading the track names in advance. In short, there are very few true surprises, and while that may harm the first listen (honestly, it sounds like Kendrick is trolling mercilessly), this is a work that reveals more of itself with every subsequent listen. It also affords “DAMN.” the luxury of working within its own confines, whilst simultaneously giving almost every song a wildly different feel. There is probably one song that could, maybe, perhaps, possibly have been dropped/improved. Every other track emerges as the work of – let’s be clear, dear Reader – the preeminent hip hop artiste of this decade. This is Drake and Kendrick’s world, and the endless array of incredible talents within our beloved genre must surely now accept this. The former colleagues, who have been trading subliminal shots for years now, have taken divergent paths, but both stand alone as kings within their respective fiefdoms.

Trying to cherry-pick highlights from “DAMN.” is an exercise in futility: practically every track is superb, more a matter of taste than anything else. It’s simpler to isolate the one bum note: “God” sounds like an Akon joint from the mid-Noughties. There are a few numbers sticking their head above the parapet: “Fear” is crucial, almost eight minutes of shape-shifting, heart-breaking genius; “DNA” and “Duckworth” are exceptional, providing the perfect bookends to “DAMN.”; “Yah” and “Pride” have that early-90s West Coast feel down pat; “Element” sounds like the kind of song Drake hires ghost-writers to pen for him, and his former flame Rihanna turns up on “Loyalty” to out-rap most current MCs; even a song with such blatant commercial aspirations (“Love”) wears you down into submission. We witness multiple switches in flow, pivots in beats/narratives, pirouettes in delivery: it’s a dizzying and heady cocktail, and it takes a while to see the wood for the trees.

But persist. It’s worth the wait. Once you truly get “DAMN.” the reward is exhilarating. What we have here is an album so dense some will be put off, and others may well declare it their favorite Kendrick Lamar album thus far. For me, there’s one “Element” missing. A classic album doesn’t necessarily have to have huge singles, sell bucketloads or permeate every level of culture… It must, however, have truly iconic moments – and it’s debatable as to whether “DAMN.” has any. It is wholly imaginable that this may come and go for much of the world, leaving his fandom and hip hop heads to hold it close to their hearts. But there is nothing on offer for the world at large – it’s actually quite conservative, playing within strict parameters. Dare I say it, this is positively SAFE compared to his last outing, one that flouted the rules of convention. That within itself isn’t a problem, but there’s no “If I Ruled the World” or “99 Problems”; nothing to rival “The Light” or “Stan”; no songs have the visceral thrill of “Jesus Walks” or “Fight the Power”. This album needed a true standout – not in terms of quality, because that is on display in abundance. No it simply needed a legendary moment as a key signifier of this moment in time – we are witnessing a guy with a real claim to becoming the best to ever touch the mic – but nothing on “DAMN.” feels like it. In the end, does it really matter though?

Here’s the thing. Until the past few days, I didn’t fully grasp “To Pimp a Butterfly” – an LP peppered with iconic moments – had barely scraped past one million sales in America. Furthermore, I didn’t realize due to my streaming service, even I had never bought it! The basic economics of how albums are counted nowadays (the truth will stun you) means if you like/love an artist or their work, buy their album. Seriously, it genuinely makes a difference, even to someone like Kendrick. I’m going to rectify my errors and purchase TPAB ASAP… “DAMN.” too. Now, us lot with our petty qualms over the odd track here or there, our endless debates about whether it’s better/worse than his previous albums… That’s all good-natured fun. It’s like arguing over sports. Should you buy “DAMN.”, dear Reader? Yes. Of course. That’s the easiest question of 2017. It’s a no-brainer. Buy it. Even if you pay for a streaming service, your listens won’t equate to one actual purchase (the disparity in numbers is eye-opening). And if enough people buy his albums, it means he can keep making them with as few compromises as possible. That’s business… This is art. This is the sound of someone who lives and breathes hip hop. This is an elite rapper on a near unrivaled run, and none of us should take him for granted… That would be a damn shame.