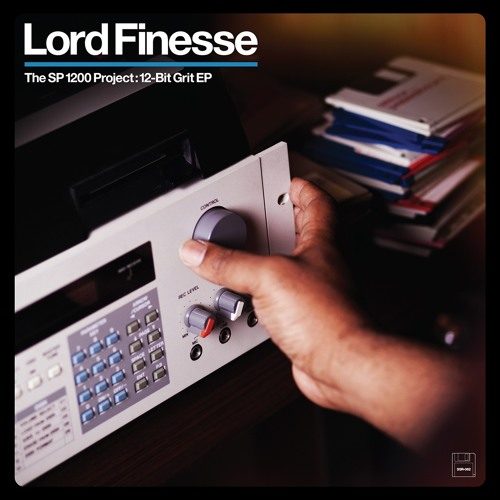 When Did Sampling Become a Crime? About 25 Years Ago

Hip-Hop pioneer Marcel Theo Hall, better known to the world as Biz Markie, recently celebrated his 52nd birthday on April 8th. (HAPPY BIRTHDAY BIZ!) This anniversary gave me time to reflect that I’m glad that the Biz is still around, as a lot of emcees I grew up with and respect greatly ranging from Heavy D (Dwight Myers) and Guru (Keith Elam) have passed away in recent years. Of course we also lose many artists in hip-hop due to violence but that is a completely separate piece beyond the scope of this one. Either way it diminishes hip-hop culture when breakers, graffiti artists, beatboxers, emcees or deejays pass away. I’m grateful that Biz is still here to pass on his knowledge and wisdom gained over a lifetime of experience in the arts. Unfortunately Biz also taught us a lesson just over 25 years ago that nobody in hip-hop wanted, even though it can be argued it was one we all needed. I’d like to share that story with you today.

Sampling has been a foundation of hip-hop music since the earliest days before the commercialization of the arts. The earliest work of DJ Kool Herc and other pioneering deejays, borrowing heavily from Jamaican dancehall traditions, took the breaks (instrumental solos or percussion interludes) on popular songs and mixed them on two turntables to stretch them out longer into a beat all their own, which toasters (emcees) could interact with the crowd over. This early form of sampling of other musicians became more innovative and expansive as an increasing availability of electronic equipment for aspiring hip-hop artists in the 1970’s and 80’s became available, no longer requiring a DJ to continually mix a break, but rather to “sample” the break and “loop” it. This led to what I grew up with and what is often affectionately called the “golden era” of hip-hop, where producers openly bragged about the technology at their fingertips, Akai samplers and MPC sequencers becoming a standard part of any toolkit. It was a hip-hop arms race to find the best breaks and make the best beats, then have the best rappers make increasingly more clever and skilled songs on said beats. Some samples became incredibly familiar (and in some cases overused) from the likes of George Clinton, James Brown and Bob James. Other producers prided themselves on “digging in the crates” of old records to find obscure samples and then manipulate them electronically to create pleasant results. Layering multiple samples, chopping up samples, distorting samples, nothing was ever off limits – the more creative the better.

Honestly a whole book can be written just about the last paragraph alone, but the point I’m trying to sum up here is that it never occurred to anybody there was anything WRONG with sampling. Old music was being turned into new music through artistic interpretation. It would be no different from someone who welded together things they found at a scrapyard into great works of art on display at a museum. It’s a basic reinterpretation of things that were once separate into a new and unexpectedly beautiful form. Unfortunately some of the people whose songs were used weren’t happy with being part of the cultural churn, feeling that this wasn’t fair to them as the original authors, demanding that they be compensated by the artists (or specifically their record labels) for the sampling. Some in fact would have preferred to not be sampled altogether, as was the case with Grand Upright Music, Ltd. vs. Warner Bros. Records Incorporated.

This is where we bring Biz Markie back into the story. The Biz recorded a song called “Alone Again” on his album “I Need a Haircut

” which sampled from Gilbert O’Sullivan’s song “Alone Again (Naturally).” By the title of the song and indeed the NATURE of the song it was fairly clear that nobody was trying to disguise or hide this sample. Why would they? Sampling was an art, not a crime. In fact the song could actually be said to be an affectionate tribute to O’Sullivan. Why else would the two songs share a name or the sample itself be so blatantly obvious? O’Sullivan and his label Grand Upright clearly found this affection unwelcome. After hearing the case between the two sides, with Warner Bros. seemingly phoning in their legal arguments believing it was a non-issue, Judge Kevin Thomas Duffy wrote a harsh opinion slamming Warner Bros. (and by extension Biz) for their actions. It is clear that the defendants knew that they were violating the plaintiff’s rights as well as the rights of others. Their only aim was to sell thousands upon thousands of records. This callous disregard for the law and for the rights of others requires not only the preliminary injunction sought by the plaintiff but also sterner measures.” His ruling forced “I Need a Haircut” to be removed from all retail stores.

There was a happy ending of sorts for Biz. “I Need a Haircut

” was eventually reissued without the offending track after being off the market for a while, the publicity surrounding the trial inspired the title of his next album “All Samples Cleared

,” and to date he’s still in demand as “the clown price of hip-hop,” regularly touring and performing as both an emcee and a deejay. Having his album pulled as a result of Judge Duffy’s ruling didn’t seem to ultimately have long term negative consequences for him personally, but the hip-hop landscape was forever changed for everybody else. These days you’re not going to release any hip-hop record on a major label without having every single sample (no matter how few or many) cleared by the label and appropriate agreements reached with all parties sampled (or their representatives). This has even affected non-rap artists with one example being Enigma’s smash hit “Return to Innocence.” Independent artists who aren’t supported by a major label budget and the record label’s legal team have two choices – DON’T SAMPLE or pray that your samples are so obscure and/or you are so far under the mainstream radar that you can get away with it. Many do. Many others just create their own music entirely from scratch, sometimes even sampling and chopping up their OWN works to create new audio pastiches for hip-hop tracks.

Let me be clear that Biz Markie should not be held in any lower esteem because of his role in this landmark precedent setting case over 25 years ago. An earlier lawsuit by The Turtles against De La Soul had the chance to set a similar precedent, but the parties settled and Tommy Boy Records paid a “substantial settlement” for the unintended infringement. Had it gone to court The Turtles might have actually LOST as they were not the original authors of the song they were suing over, meaning they might not have even had the legal standing to sue, but I digress. The point is that these conflicts were coming to a head in the late 1980’s and early 1990’s so if Biz Markie hadn’t been the precedent, somebody else would have been. Greed was arguably a motivating factor here because hip-hop’s popularity was on the rise and everybody wanted a piece of the pie from the artists sampled to the attorneys representing them or their labels. Hip-Hop artists themselves share some culpability by presuming that unlimited sampling would ever be allowed just because it was artistic in nature, especially given that this country has shown a long history of quelling or quashing any creative arts from the black community. Hostility to rap just replaced hostility to R&B, which replaced hostility to rock ‘n roll, which replaced hostility to “sinful” blues music, and so on. The golden era wouldn’t last.

Thankfully hip-hop has done what it always did since before its inception – adapt. Sampling may require clearance now but that doesn’t mean it went away – it just became more clever and more judicious. As already mentioned it also led to a new era of creativity in the 1990’s and beyond of rappers and producers becoming multi-faceted musicians who created original compositions, which could arguably be seen as a net positive on the whole, despite the draconian nature of Judge Duffy’s original ruling. And so as we once again wish Biz Markie a happy birthday, we want to remember this important chapter in hip-hop history, but more importantly be thankful that it didn’t ultimately stop the music or culture from continuing to thrive and grow over the years since.