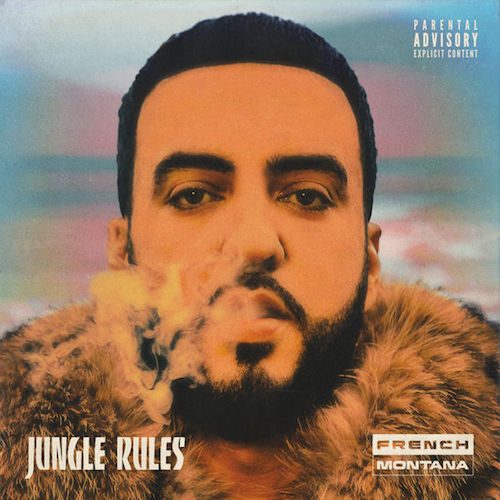 Karim Kharbouch b/k/a French Montana parlayed a successful mixtape career into a deal with Bad Boy Entertainment. In turn he parlayed that deal into his first major label relase with an album titled “Excuse My French.” The album spawned three singles between 2012-2013 and sold 177,000 copies. Both Mr. Kharbouch and Sean “Puffy” Combs were hoping for more. Why would either of them put it in ink if Montana wasn’t expecting to be the next Biggie, Ma$e, or Machine Gun Kelly? It doesn’t always work out that way though. For every Ma$e there’s a Loon and for every Notorious B.I.G. there’s a Shyne. Having a hot mixtape reputation doesn’t guarantee you success nor does signing with a famous record label, and the reviews for “Excuse My French” were savage across the board.

I’ll applaud both Mr. Combs and Mr. Kharbouch for one thing though – they didn’t just cash in their chips and give up in the face of mediocre sales and press. In fact one might argue that French Montana is uniquely resilient, because four years can damn near be a lifetime in the music business, but he toughed it out until he could put a second album out named “Jungle Rules.” The album got off to a hot start with the release of the early single “Unforgettable” featuring Swae Lee. The production team of Jaegen, 1Mind and C.P Dubb gave Montana what has become a signature sound for 2017’s hit singles – a pulsing reggae influenced backdrop with strong percussive beats. It’s fair to say “Unforgettable” is one of those songs where for better or worse the lyrics don’t really matter. It’s a song to get your drink on then get your dance on.

The next single due out is “A Lie” and it pulls off a pretty impressive feat by featuring both hot R&B star The Weeknd AND the currently incarcerated Max B. The two were friends with similar wavy styles before Max got locked up though so it makes sense, but Max isn’t due to be released until 2025 at the earliest, so unless he got a furlough his vocals (like many since 2009) had to be recorded over the day phone. Honestly I can’t tell. Whatever manipulation Harry Fraud and company had to do to clean it up for airplay they did it well.

I have no problem acknowledging French Montana can make slick, radio ready singles (just censor a small amount of swearing or release a clean edit) like a machine. The difficulty I have is discerning a point to a lot of what he says. That seems to be a staple of the wavy subgenre in general – style over substance. If you can sing a little bit and have some good beats to do it to, just alternate back and forth between singing and rapping in a laid back manner with a little bit of flair. If you pull back the curtain to take a closer look at a song like “Hotel Bathroom” the wave crashes and the tide recedes to reveal not much is left.

Not every song has to have a point, but this song barely has a song. It leaves one with the impression Montana could have talked about anything over the Frank Dukes production. “Room service/I ordered room service/They served us room service/We ate that room service.” Does anybody want to listen to that? Did anybody want to pay to listen to that? There are some songs where French actually raps in a traditional manner though, and one is a straight up recycling of the exact same breaks Organized Konfusion used for “Stress” – The Paul Butterfield Blues Band and Charles Mingus – for the Harry Fraud produced “Bring Dem Things.” It’s hard to imagine any emcee doing this combo better than Pharoahe Monch and Prince Po, but French put forth an effort even if he comes up far short by comparison.

“Here’s a little story about a kid from Morocco
Had to show Carlito I was Benny Blanco
Check it out, ra-raindrop, offset
F–k a plug, we the outlet
Child put me in a box, I’m in the box office
All the rocks made shawty blow my socks off
Coke boy white, Mac Miller, Reggie Miller
Shoot to kill her, canary quarterback, Steelers”

Knowing he’s capable of spitting songs with some storytelling flow makes “Push Up” more disappointing by comparison. “In Atlanta out with Flocka, spinnin ’round with Gucci/Had the white like sushi and the brown like Karrueche/Got the scar like The Fugees, Cash Money like Tunechi/They all love me like I’m Boosie, G’d up, f–k this Gucci.” Murda Beatz and Cubeatz make it listenable and Montana damn near tries to do the opposite.

I went through “Jungle Rules” over and over again trying to give French Montana my fairest assessment given how hard critics have been on him since he went major. And being absolutely fair about it he compares well to Fetty Wap in “wavyness” and style, and is undoubtedly slightly easier to follow than similar style artists who would compare to either one. And even though there’s little to nothing of intellectual nourishment for the majority of “Jungle Rules,” there are slick songs like the Beat Billionaire produced Young Thug feature “Black Out” that you can literally do just that to. If you’re only concerned with a pounding beat that sounds good on your home or car stereo, I can name a half dozen songs that fit the bill: “She Workin,” “Migo Montana,” “Famous,” “Jump,” “No Pressure” and “White Dress.” You can ride hard to this album. As for being an excellent rapper, I can’t honestly say French Montana fits the bill, but he should sell a lot more units this time.