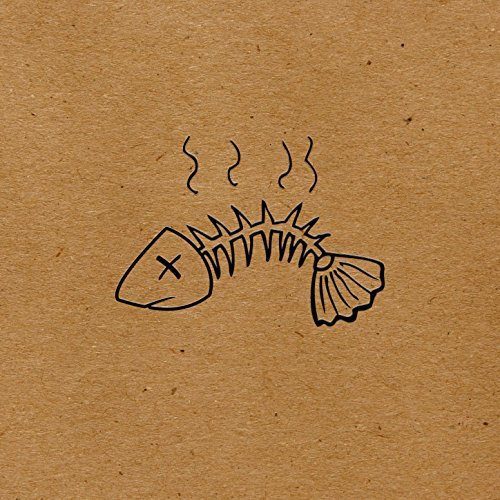 My first time hearing a beat by Detroit’s Apollo Brown initially had me thinking the words “9th Wonder” because of the drum snares and similarly-chopped samples. Further listening proved that Apollo has a style of his own. True, he samples and chops, but he also layers his samples very well and has a larger sample palette ranging from vintage R&B to obscure classic/progressive rock. Providing his style to other emcees on collaborative albums was shown to be a winning formula for him. From “Trophies” with O.C. in 2012 to “Blasphemy” with Ras Kass in 2014, he was two-for-two in ensuring that the voices of hip-hop’s elder statesmen would remain heard. Enter Planet Asia. The former Cali Agents emcee has had a prolific career himself, dropping several solo records since 2002 along with several EPs and copious mixtapes. Having come off the “Unfinished & Untitled” album with Ohio emcee Copywrite this year, his collaborative efforts showed no signs of ceasing in 2017 upon announcing a joint album with Apollo Brown. Titled “Anchovies”, it’s a subtle reference of what to expect from this album: Either you love it or you hate it. It’s a middle ground for me, not extreme ends of the spectrum. Planet Asia does what he does with his raps, but Mr. Brown’s experimentation in his sound greatly diminished a vital hip-hop musical element that causes “Anchovies” to suffer: Drums.

The samples comprising Apollo’s beats on this album are largely vinyl-crackling vintage soul sounds looped in similar patterns. While the samples are well-chosen and placed, there’s very minimal drums, or at least none that he himself added. There are very mild drums within the samples used, but definitely not enough to make your head nod. The Alchemist is the only other sample-based producer who’s been following a similar minimalistic style: Quiet storm productions laced with hardcore rhymes. Apollo also adds, as he has done on previous albums, obscure dialogue samples from old movies. Asia himself states on “Panties in a Jumble” that “this shit ain’t for everybody, man”. He’s right, and that was the intent: A product that was deliberate in its divisiveness among listeners.

Asia’s rhymes are of the hardcore variety, alternating between lyrical attacks on unseen opponents, bragging rhymes, and loose urban crime narratives. Though he adapts his flow over the production as best as he can, his rhymes sound mismatched over most of the beats. He does, however, sound his best over the beats that utilize familiar samples. “Get Back”, “Duffles” and “Avant Garde” are among the lyrically best that fit that bill. “Deep in the Casket” also does, but is an exception. While I can’t place the sample, its dark piano vibe meshed well with Asia’s verses:

At 15 tracks totaling 49 minutes, the minimalism of “Anchovies” also extends to its guest appearances, keeping that number at three. Michigan emcees Guilty Simpson and Willie the Kid are not unexpected, neither is West Coast rapper TriState. Though Willie had the best lyrical presence with pronounced punchlines and wordplay, the best overall song featuring a guest was “Nine Steamin'”. Built off of a looped funk guitar sample and hi-hats, it’s closed by Guilty’s verse and has a Blaxploitation feel to it:

The album closes off with “You Love Me”, an aggressive aim at the pitfalls of the excessive love from supporters. It’s an interesting shift from his usual rhymes with its introspective aspects, and its a sonic bookend to the opening intro track, “The Smell”. “Anchovies” is hurt by its experimentation in sound. Some may view Apollo’s minimalism here as doing “more with less” or adding the optimistic spin of “less is more”, but neither is the case, it’s just less. While Planet Asia’s lyricism certainly garners more attention, it’s largely because of its coupling with production that polarizes and may take awfully long while to grow on listeners in the same manner that Common’s “Electric Circus” album did.