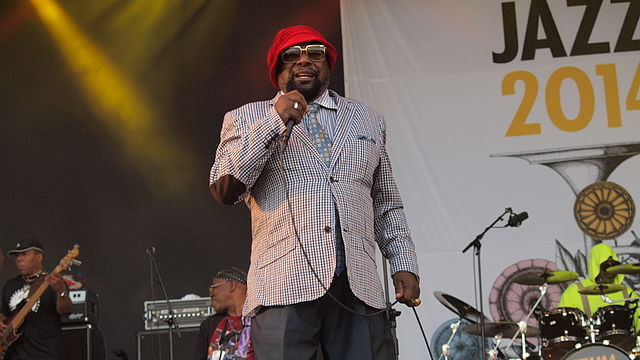 Everybody Is to Blame for the Shutdown

I know to most observers it may seem like POTUS 45 is my whipping boy, and frankly the sheer vulgarity of the man seems to warrant it, but this time with the government shut down there’s plenty of blame to go around. Perhaps while everybody is on unpaid furlough we can hire George Clinton to bring a little levity to Washington, D.C. and “Paint the White House Black.” The song made a huge impression on me as a youth at a time when I had already formed a significant disdain for BOTH major political parties who infested the capital of the United States. Clinton’s song and Public Enemy’s and “Can’t Truss It” sum up my view of Republi-cants and Demi-gogues well even today.

In short I don’t think it really matters who is in the White House, which other than POTUS 45 lives up to the “white” part all too well. The problem with that branch of government is the same as with the rest of Washington, D.C. — a bunch of rich old white people who never feel the pinch when they cause suffering for everyone else. Whether it’s by raising taxes, putting affordable health care out of reach, eliminating so called “entitlements” or causing tens of thousands of government employees to be laid off because they can’t stop bickering with each other, they’ll never suffer. THEY still get paid. And while national monuments and essential services are shuttered, they can still go home to their wives and kids and bask in the glow of having been elected to a position that pays well legally and even better if you’re more crooked than a walking stick.

Sure let’s “Paint the White House Black” but while we’re at it let’s paint the House and the Senate too. Let’s slap the Elephants and the Donkeys with that brush as well. You’re all guilty, you’re all petty little squabbling children, and you all need to grow the f–k up. Instead of trying to score political points for the 2018 election cycle by blaming each other, they could all stop being such gigantic hypocrites and start doing the job of GOVERNING they are being paid to do. You all have ONE job, and that’s to keep our government running so that the services people need are there, and the people paid to provide those services are gainfully employed, and you can’t even do THAT right. Quit casting aspersions on the other party, put on your big boy/big girl pants, and GET THIS GOVERNMENT RUNNING AGAIN. Meanwhile I happily remain an independent even though they are just as much to blame too. Nobody gets a pass on this one, not even the minority of Congress, and independents are nothing if not that. You ALL have to get off your asses and work this s–t out.

UPDATE: It looks like they finally did their jobs and passed a funding bill.