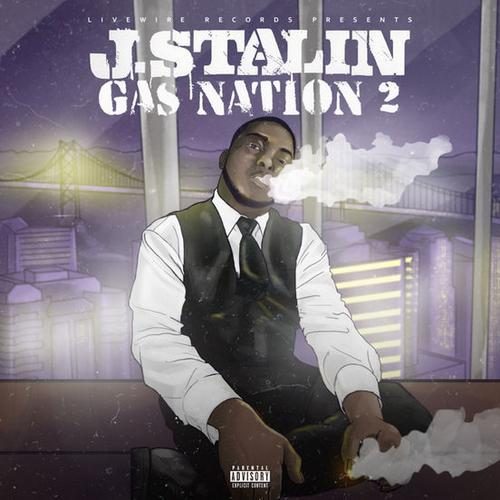 Rappers, where would they be without producers? Producers set prosaic narratives to exciting music. They attune words to what rhyme writers hope to express. They orchestrate everything from dramatic entrance to triumphant exit. Their sonic backdrop is the logic backup that renders mere allegations plausible. They build the trails where all those vocal stunts get performed on. They make the taunts more provocative and the threats more daunting. They are the ones who stage the Greatest Show on Earth we call rap. In short, dear rapper, they spit-shine yo s–t. At this point you probably expect to get hit with a list of the usual suspects, but the producer phenomenon goes actually much deeper than the names that enjoy the most drops in hip-hop writing. Virtually behind every successful act, collective, label, movement, era, subgenre in rap is a producer – or a team thereof – supplying a signature sound.

Bay Area artist J. Stalin is in the game long enough to realize the blessing and the curse of depending on one specific sound. He’s established solid working liaisons with The Mekanix and DJ Fresh, who in the past provided him with consolatory sounds that maintained a certain level of composure while still being fortunately rough around the edges. Variation has also, to a lesser degree, been part of his program, see his penultimate release “My Dark Passenger.” His latest, “Gas Nation 2,” is nominally a reference to his 2008 breakout album, but the most notable thing about it is the production, which is different in a not so good way.

“Gas Nation 2” aims for the familiar Stalin playground without the necessary potency. One of hip-hop and rap’s greatest sonic achievements is reduction, from Kool Herc spinning breakbeats all the way up to today’s abstract soundscapes. Ever since Rick Rubin reduced (rather than approaching production the old fashioned way with an armful of equipment and effects) L.L. Cool J’s “Radio” album (as far as studio work goes following the lead of Run-D.M.C. coaches Orange Krush and Russell Simmons), less is more has always been a viable option for producers. But simplification requires simultaneous sophistication, and like so many records past and present “Gas Nation 2” illustrates how quickly the illusion of emceeing shatters if the beats don’t hold up.

Arguably starting off with the worst beat of the album, “Battery Acid” drags along the cheesiest synth sounds this side of the 1980s, only half-heartedly balanced by a tame percussion set. The rapper born Jovan Smith goes into his standard mode with occasionally above-average hustler talk (“Say too much, I might incriminate”) and war veteran comparisons (“Round the same time you was doin’ S.A.T.’s / I was runnin’ up in niggas’ homes doin’ robberies”). But confronted with uninspiring beats, he all the more relies on delivery and melody. Which are reliable in his case, but consider the potential of a J. Stalin album being governed by real slaps and bangers, not the same old patterns of sugary vocal bits and hesitant drums TD Slaps assembles for “In My Feelings,” or the funky bass and bright synths JP Bangz arranges for “Reality,” which still ends up as a symbol of the artistically complacent state of contemporary traditional Bay rap.

So, from the splintering sounds L-Fingaz uses for “I Can’t Wait” to the subpar recording quality of the vocals on “Making Hoes Mad” to the random copy-and-paste production style behind White Rocks’ “Play Me,” “Gas Nation 2” periodically sounds unworthy of an artist with a discography as deep as Stalin’s. And if they do match previous standards, like C Note Cash’s lavish “Big Deposits” or JP Bangz’ sparkly but sneaky “One Thing,” they are content with leveling the status quo. At least the overall mood is once again in chime, the production values picking up around track number nine, “Cocaine Histeria” (with marihuana mogul Berner to help calm things down), resulting in a sonically cozy, musically subtle (albeit not sophisiticated) 50 minutes that breeze by like any other Stalin record. “Gas Nation 2” is also an extended collaboration with singer Joseph Kay, often tipping the scale towards the singing side (counting the many times the rapper himself hits specifically musical notes). Too bad that he isn’t able to take up the assist offered by Kay on “Remember Your Name.” It seems that the West Oakland veteran has forgotten how to write coherent, self-contained songs who stand for themselves, not simply become part of the litany that cedes to the rapper’s myth.

Even though from a distance J. Stalin comes across like some random boondocks rapper looking backwards in time, dyed-in-the-wool rap fans won’t be able to deny that his music has some essential merit. He can still be incredibly gritty and graphic and by the same time evoke genuine sympathy with his words. Before going out on a high note with “Burn This Whole City Down,” which sees him and Mistah F.A.B. honor lost ones, he dispenses lyrical mastery at a rather random pace. In his unique way, J. Stalin is perhaps indeed “Undefeated”:

“Spent my money on some coke before I bought some Gucci shoes
You niggas ain’t never been through the d-boy blues
Try and use me as a muse, go and copy my game
But you can’t duplicate them nights I was sellin’ that caine
Dropped out of school, put my mother to shame”