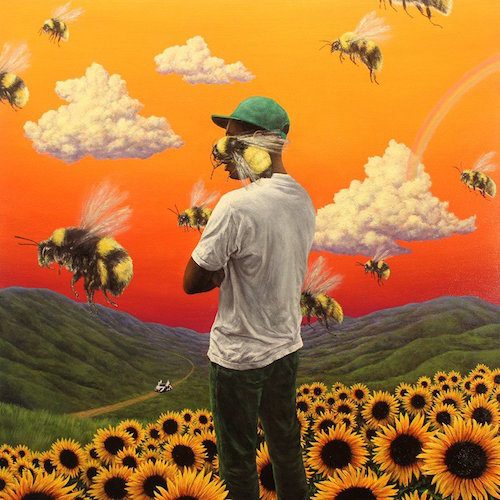 Ish done changed. Nine years ago, when Tyler, the Creator released his debut mixtape “Bastard,” very few critics challenged the violently homophobic and misogynistic lyrics, either because they knew Tyler and his Odd Future crew weren’t being serious or because they just didn’t care. Back then, it was assumed that most rappers were at least somewhat homophobic, and being “politically incorrect” meant challenging white liberal hypocrisy. Fast forward to today and the Migos are furiously backtracking on some homophobic statements and being “politically incorrect” means you are down with actual Nazis. Nowadays if a rapper mentions gay people, it’s more likely to be because they are talking about being part of that community rather than denigrating them. Nowadays, a rapper whose debut was full of homophobic slurs raps about kissing white boys. Ish done changed.

The rapper bragging about kissing white boys is none other Tyler “The Creator” Okonma. Is he serious or just trolling us? Who knows. Probably a bit of both. What is clear the persona he created for himself as the most outrageous dude in the room is starting to grate on him, and he is looking to move on. “Flower Boy” is a pretty successful leap forward for Tyler, moving away from shock rap and into, dare I say, more sensitive rap.

Not that he still can’t be as grimy and aggressive as he was on “Bastard.” “Flower Boy” has two tracks that call back to the old Tyler. “I Ain’t Got Time,” with the aforementioned lyric about kissing white boys, and “Who Dat Boy.” The rest of the album is far more tender and pretty than you might expect from Tyler. There are several plaintive love songs, including the Frank Ocean collab “911/Mr. Lonely.” Even the Lil Wayne feature is over a delicate beat with horns and twinkling keys.

Yeah, that’s right, “delicate.” The beats on “Flower Boy” contain little of the blown out noise of his earlier releases, going in a more toned down and precise direction. There are even several long musical interludes. Gone is the distorted synths and bass, replaced with a mix of acoustic and electronic instrumentation and a plethora of singers vs. guest rappers.

It all adds up to an album that may feel wimpy and boring to long time fans expecting a boost of testosterone-fueled energy. This is a quiet, mellow album that works better as chill out music than work out music. I personally think Tyler had started to paint himself in a corner, and creatively this feels like a step forward for him. His lyrics are as sharp as ever, and he tackles some serious stuff, referencing the Black Lives Matter movement, how trapped he feels being Tyler, the Creator and his need for genuine connection. Tyler’s tough exterior has always hid a more vulnerable core, and he’s choosing to let that more vulnerable side show through, something he’s been working towards for the last few albums.

Tyler being Tyler, “Flower Boy” always feels like he’s half-serious, half-trolling. Sensitive Tyler is still profane and jokey. Still, for an artist that could have gone the route of bad self-parody, he’s made a record that bucks against his image. It’s an album I’ve had on heavy rotation since it came out last summer, and is well worth checking out, especially if you thought Tyler was a one-trick pony.