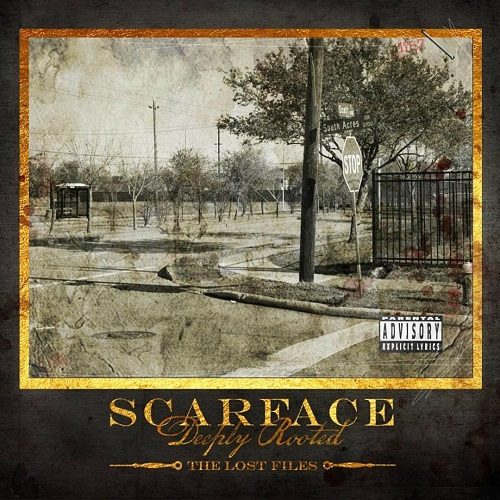 “What’s the higher level if your s–t ain’t real?” a debuting rapper once demanded with the poise of a sage. That rapper was X Clan’s Brother J, and the argument was part of a debate that drew attention to philosophical differences between sternly pro-black activists trying to get their message to their peers through rap music and a more universal approach that had the interests of humanity as a whole at heart, from the perspective of the opposing party presumably personified by one of the vanguards of informative and intelligent rap, KRS-One. Scarface, although at the time far removed from the epicenter of hip-hop and not yet having grown into his role as one of the genre’s most defining and dominant artists, belongs to the same generation, and he would certainly subscribe to the notion that you can’t aim high if you don’t stand on solid ground.

While Scarface has continually dealt with the transcendental, he’s always based it on the existential. Frequently and with vigor he locks in on the fundamental aspects of life in the ghetto and the fate of black people. His penultimate music video was “Mental Excorcism,” a sorrowful reaction to the headlining deaths of young black men at the hands of law enforcement. Two years later his latest video is “Black Still,” a furious indictment of what Brad Jordan thinks is wrong with his country, 150 years after Lincoln’s Emancipation Proclamation and one year into the Trump administration. Over a reconstruction of Public Enemy’s “Black Steel in the Hour of Chaos” beat, he gives a lecture on decades of militant rap music in one verse. If you been around for a minute, you heard this one before, but before you criticize Scarface for still going on about cavemen, 40 acres and a mule, the white man’s religion and education, consider who and what gives this unforgiving tirade a discomforting relevance. (A hint: the situation is deeper than one buffoon/boogeyman.)

The emotional outburst opens up “Deeply Rooted: The Lost Files,” an addendum to Face’s 2015 comeback album that contains 6 unedited songs and 4 ‘alternate versions’ of “Deeply Rooted” tracks – one being “Mental Excorcism,” at the time a Best Buy exclusive. The driving musical force is longtime companion N.O. Joe, who is behind the boards for all but two of the ten tracks. Both men put their full weight behind the project. “The Hot Seat,” the account of a random but fatal run-in with the justice system, becomes “Concrete Couch,” as N.O. Joe gives the beat an even more hymnic and heavenly appeal to contrast a narrator whose hands are literally tied.

The producer keeps the modest, melancholic melody of erstwhile “Mental Excorcism” composers Arthur McArthur and Amir Epstein as well as singer Alex Isley’s hook but adds a fairly bloated rhythm section, which takes away from the immediacy and intimacy of the original. The Weeknd and Beyoncé producer Ben Billions also extracts some of the delicacy from “Keep it Movin'” for “Gone,” due to a heavier bass and harder drums. Meanwhile Nottz provides the same vocal-chopping for “Dollar Bill (Anything Alternate Version)” that he used ten years ago on “Girl You Know.” Speaking of, “The Rebound” continues the tradition of minutely written relationship songs by Scarface, this time the timeless pop appeal provided by N.O. Joe.

That’s to say that “The Lost Files” is musically less progressive than its predecessor, or at least more streamlined overall. “That’s Where I’m At” recalls the metaphysical funk of “The Untouchable,” which is certainly a good thing, but also caters to our convenience. The most adventurous beat, the one for “Same Ol Same,” sounds like something Homeboy Sandman would rap over, arguably an MC with a fundamentally different disposition. Still the barebone track by Chuck Heat and N.O. Joe fits the fatalistic narrative.

One standard Scarface won’t abandon is siding with the hustler. “Live That Life” is chock-full of compassion for said life. As “Same Ol Same” illustrates, it goes as far as Face feeling the need to keep up the facade on record, which certainly lends credence to the character overall, but also regularly results in plain repetitions of what should be established by now. More interesting are the instances where he begins to ask questions. “One Step Closer” is one such song, finding him debating personal and political topics such as god and gun control. One of the crucial facets that set him apart from competition has always been that Scarface wasn’t merely a fully fictional character but an artist with a message, and it’s vital that he hasn’t stopped reminding us: “That’s right, my government Brad Jordan / No different than a Trayvon Martin.”

And so it’s clear what fuels “Deeply Rooted: The Lost Files” – the current political climate. On “That’s Where I’m At” “The Hot Seat”/”Concrete Couch” singer Jack Freeman interpolates OutKast’s “Ms. Jackson” as Face deepens the reflections he initially made on “Black Still,” bringing home the message:

“What’s so great about a place that wants to separate?
And build a wall, if that’s the case then we were never safe
I wonder where was Donald when Obama
gave the nod to get Osama
Deeper than The Apprentice, our people got a lifetime sentence
Hated because the color of their skin never blemished
or blended; callin’ me colored, I’m offended
The DACA policy has ended, this place will never grow
That whole administration needs to go
I’m just here to speak the s–t you need to know
Old man startin’ wars on Twitter
White men, why are y’all so bitter
toward niggas?”

As we enter 2018, the latest from Scarface once again gives us the artist who will always be ready to hand out a reality check. Because what’s rap if it ain’t real?