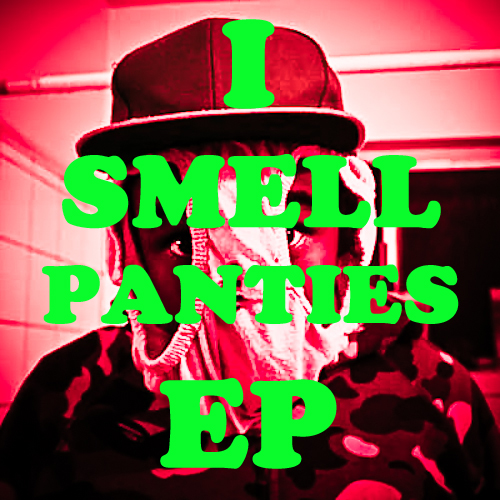 The self-titled “I Smell Panties” EP is obviously a joke. The title is meant to provoke prude Christians and draw the ire of Google Ads (which is why we’re Patreon supported) for “explicit sexual content.” I appreciate it for the same reason I appreciate George Carlin’s “seven things you can’t say on television,” but just like that bit is a small part of a bigger performance, this EP is also a small part of a much bigger picture.

“I Smell Panties” is one of the earliest releases from the Odd Future collective founded by Tyler, the Creator. The ISP duo consists of Tyler and Jasper Dolphin, possibly the only member of the crew to never release a project under his own name. Jasper lingers at the fringes of OFWGKTA, making cameos on multiple projects, yet seemingly more interested in his own acting and TV career. I haven’t seen his VICELAND show yet but the premise of “two young men from L.A. step out of their comfort zone and try things for the first time” seems intriguing enough. Here’s a sample clip.

The importance of “I Smell Panties” to Tyler and Jasper is a lot like the show itself — two young men from L.A. trying new things for the first time. No one knew what Odd Future would be or become in the 2000’s. All Tyler had was some ideas and some friends, and they started experimenting with styles and sounds trying to figure out what their lane was. That makes songs like this EP’s “Hi to Me” a starting point, but it’s one that’s as abrasive as many of Tyler’s projects would be if not more so. You can call it a send up of over the top hip-hop misogyny if you like, which many of Tyler’s defenders have done over the years, but you always have to ask yourself if the people who aren’t intellectualizing his work can actually discern that. A casual listener would see this song as a sexual predator being proud of his predation.

It’s probably more obvious that “Lilo Fucks Stitch” is a joke, albeit the kind of crude one in keeping with the album’s button pushing title. It feels like the very definition of Rule 34 in musical form — if you can think of it, somebody has made it. Tyler and Jasper thought of it and they made it. Debate whether or not you think that’s a good idea at your own leisure but it’s clear that they thought it was patently absurd and did it for a laugh.

That’s the vibe of “I Smell Panties” in general — two guys goofing around who weren’t taking the concept seriously. After all why would you call your group that if you intended to have any longevity or sign a record deal? They knew what they were doing, which is why this is the one and only EP the duo ever released. I think that’s also for the best though because this is not even close to Tyler, the Creator’s finest work. If the other rule is true that “you can’t make an omelette without breaking a few eggs” well this is Tyler throwing carton after carton at the wall just trying to see what would stick.