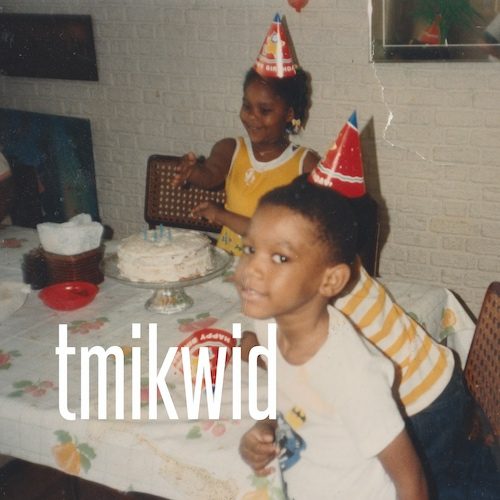 Nerd Ferguson :: Trust Me, I Know What I’m Doing

It’s probably not a good sign for Nerd Ferguson that the first hit I get when Googling to check up on him is a comic book store in Mackinaw City. I never went to that part of Michigan when I lived there, but I heard it’s nice if perhaps a little bit of a tourist trap. Anyway I first got introduced to Nerd Ferg back in 2012 and thought “Hmm. The kid has promise.” The name is actually a bit misleading. He’s not afraid to make fun of himself on a song, but he’s not a cliche “nerd” of the pocket protector and glasses variety, nor could you characterize his raps as #Nerdcore. It’s better to say he’s hard but not hardcore, cut from a similar cloth to Childish Gambino but a little more rough around the edges.

The reason I had to check up on Mr. Ferguson is because I found this zip file languishing in an obscure portion of my hard drive, untouched for a couple of years, presumably because I sent it to a staff writer and they passed on it without saying so. In other words I completely forgot I had it. My bad Ferg. I’m treating this like the new review it should have been even though the album came out a couple of years ago. It just didn’t have that Back to the Lab feel like I was blowing the dust off an old favorite (or something not a favorite that’s just old). Looking at his catalogue online this is still the most recent album he’s released, though I imagine he’s been working on something in the interim and (if he’s doing alright) he’ll hit us up with it. I won’t be finding him on Twitter to ask though. The only hits I get there are the aforementioned show and a pro wrestling fan who’s into ska music.

Typical Nerd Ferguson albums are largely self produced and “Trust Me, I Know What I’m Doing” is no exception. The two exceptions out of 14 tracks are “Mushroom” produced by Lee Treble featuring Allen York & zachG, and “Work Out” produced by Mike ‘D-Vine’ Harris featuring Defakton and Dizz Vicious. We’ll get back to both of those in a little bit. The first thing I have to say is that this album continues a trend from “Gunshots & Twizzlers” of Nerd’s production getting a little more pop friendly and uptempo. You may automatically assume either of those things are bad qualities – not necessarily. If Nerd Ferg can break conventions about what what the word “nerd” defines then he can also break them as regarding what a hard rap song should be. “Just Lose It” has some serious words to a seriously upbeat backdrop:

“You do what you know you ‘posed to do
Someone’s always going to doubt you
Wuick to tell you you ain’t s–t
and ain’t even got a clue how to
Same s–t, e’ry day it’s the same s–t
no matter what you do different
you won’t get ahead you can’t change s–t
So f–k it all and go ape s–t
Flip the table and break s–t”

It’s a song of angst and adversity to a track that has more in common with a pulsing techno club than a brooding missive, and yet because Nerd is the man both rapping and producing it’s not necessarily mismatched. He knows what he’s doing and this was what he intended. It’s also not an isolated example. “The Night Before” is heavy on the 1980’s keyboard synths and has a drum tap/hand clap beat to a tale of drinking and partying with women – intoxicated to the point no one can remember what they did until they wake up in bed together the next day. The breakdown for “I’m About to Lose My Mind” first sounds like “I Wanna Rock” on crack, then like a Skrillex track, then gets right back to bars that sound like neither. The only song that actually tells you what you’re in for from the title is the aptly named “Mazel Tov.”

Now back to those two guest producers. Lee Treble’s “Mushroom” might actually be the weirdest track of “Trust Me, I Know What I’m Doing” and you can trust ME that it’s not an understatement. It sounds like someone playing a glitched or corrupted video game, a completely scrambled chiptune, and even when it calms down for the hook the bass and everything else seems like it was surpressed for stylistic reasons. D-Vine’s “Work Out” by contrast might be the most normal. There’s nothing techno, electronic, pop or experimental about it – he just picks a classic R&B sample and layers it up like a traditional rap song. After everything you experienced on “Trust Me” it’s a breather to allow your heartrate to calm back down – that’s ironic given the song’s name.

Let’s put a bow on this thing and wrap it all up. Nerd man, I’m sorry it took us a couple of years to get to this one. I hope everything’s copacetic. Second of all you really pushed the envelope on this album so the title was more appropriate than I could have guessed. I commend you on your creativity and willingness to take chances. Does it work though? Mostly. The very reasons I like it though are the very reasons a lot of people just aren’t going to. It’s almost like you threw LMFAO, Royce Da 5’9″, Twista and Justin Bieber in a blender and hit puree. It’s a bold taste but I have to be honest and say it’s just not for everyone.