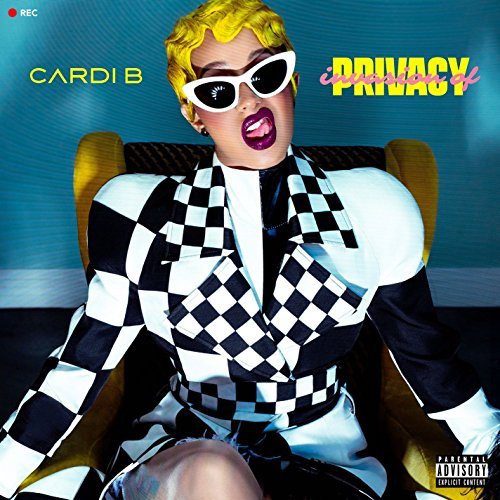 Belcalis Almanzar b/k/a Cardi B isn’t bothered by these hoes. I pondered for a minute whether or not to put “bothered by” in quotes – she says exactly those words in her breakout rap hit “Bodak Yellow” from last June. The video for it has accumulated over a half billion views so in the end I decided the quotes were unnecessary. You probably know her song and what she had to say. You’ve probably heard several freestyles over the same J. White and Klenord Raphael beat. You’ve probably watched several parodies of the song on YouTube. You may have even have known her before that from seasons six and seven of “Love & Hip-Hop: New York” on VH1. Cardi B and her views on hoes are quite well known from here to social media with almost three million followers on Twitter alone. You probably know her story better than I do. For the rest who have never heard of her before I’ll offer a VERY brief synopsis. She was born in 1992 in South Bronx, spent much of her formative years with her grandmother, got fired from a job at a supermarket as a teen and turned to stripping to pay the bills.

Cardi B came along at just the right time for her brand of unapologetic honesty and sexual empowerment to hit big. She is from the new school that takes cues from frank and raw rappers of late 1990’s and early 2000’s like Lil’ Kim and Trina to name just a few. They in turn had followed the trail blazed by groups like Bytches With Problems and Hoez With Attitudes, who could even in fact be said to follow in the footsteps of The Real Roxanne and Roxanne Shante. The point is that every generation has had a few women who were willing to dog out men and give as good as they got from the fellas. Each succeeding generation has become a little more frank about their sexual exploits than the one before. As a teenager it was provocative and powerful, as an adult it’s simply par for the course, but it still makes me laugh to hear Cardi send up Project Pat’s “Chickenhead” with her own P-popping parody produced by Ayo, Keyz & NES.

Amusing, yes. Revolutionary? Not quite so much. Having recently reviewed CupcaKKe’s “Ephorize” gives me a little perspective on the subject. I realize that far more people will recognize Cardi B and the metrics don’t lie at least when it comes to followers on social media. To my ear though CupcaKKe pushed the few boundaries in this area that are still left to be pushed with her strongly pro-LGBT stance both lyrically and socially. There’s still a large part of the Bible Belt in America (or whatever conservative swath of the country you live in) that doesn’t understand or sympathize with those considered to be a “sexual minority” and are just as happy to discriminate against them in the name of so-called religious values. Jesus worked with lepers and prostitutes but apparently these people are too high and mighty to issue a license for gay marriage or bake a wedding cake for lesbians. Sorry — I’ll get off my soapbox. CupcaKKe is a much better advocate/ally anyway. Nobody really needs my two cents on the matter. I’m not sure I need Cardi B’s two cents on pimping herself to fill her “Money Bag” either. Yes she’s empowered because she’s in control of her sexuality and has been since the first day she got men to make it rain on her in strip clubs. The words don’t move me though and the J. White beat is far more interesting.

“They be takin shots, miss miss, X and O, kiss kiss
Everything your nigga want I’m like a walkin wishlist
I don’t understand, what this hate is about
How you gon’ suck your man d— with my name in yo mouth?
I do the Maybach on Monday, Ferrari Friday
This is sweet p—y Saturday, that’s just what Plies say
I said ‘Bae’ it’s a snack’ he said ‘It’s an entree
With them pretty ass twins, you look like Beyonce'”

Now if you’re too young to have ever heard Lil’ Kim or Trina perhaps you can find Cardi B to be somewhat titillating. I just find that rappers like Foxy Brown did the whole “from ratchet to royalty” transition better a generation ago. Foxy wasn’t even the cream of the crop in her own time but she’d eat Cardi B for breakfast, lunch, dinner and breakfast again lyrically. I kept looking for something of depth or substance throughout “Invasion of Privacy.” A known provocateur which such a high profile has the power to really open up minds and ears. She can use her sexuality as “a snack” and then the “entree” could be an even more frank discussion of urban gentrification, women’s liberation, police brutality and a conservative minority who want to ban abortions but provide no social services for the millions of babies born to the cash strapped poor forced to have them. I’d love to see Cardi B push the envelope in some way, ANY way. CupcaKKe used her platform, albeit a somewhat smaller one, to talk about poverty and homophobia. All Cardi B is talking about is how much bling she can “Drip.”

“S— on these hoes
Now look at my wrist on these hoes
Now I look down on these b—-es
I feel like I’m stilts on these hoes
Forgive everybody right now
I’m the man, got cake by the pound
Go down, heat it up, don’t drown
Left the keys in the boat, how it sound
I got that gushy
Yeah that’s a fact but I’ve never been p—y
I’ve been that b—h since pajamas with footies
Won every P, and I’m still a rookie
I gotta work on my anger
Might kill a bitch with my fingers
I gotta stay outta Gucci
I’m finna run outta hangers”

This is not an anti-consumerist rant. Hip-Hop has always enjoyed conspicuous consumption and I’ve never advocated for anything other than balance. I like to mix conscious rap with punchline emcees and thought-provoking lyricsts, and in some rare cases like a J-Live you might even get all three at the same time. There’s just nothing provoking about Cardi B to me though – not even South of the equator if you get my drift. I know that she’s smarter and more sophisticated than the charactr she portrays on this album, but right now she’s doing what sells and it’s “Bodak Yellow” all day until her 15 minutes fades away.