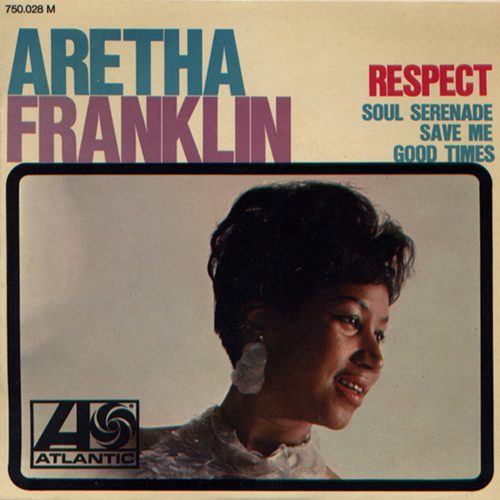 You know I’m just here for the rap. Which was not extraordinarily memorable in 2018. At least from what I heard. So consider this year-end list as my strictly personal sticky note to recollect what might eventually be worth remembering about 2018 US rap. But let me make a broader point. The death of Aretha Franklin should be reason for all contemporary musicians to ask themselves: What will I leave behind?

Another round of philosophical ponderings hosted by the never-tiring Apollo Brown. The bar has been set high by the likes of O.C., Skyzoo, Ras Kass, Verbal Kent and Red Pill (Chris Orrick), but Left Coast MC Locksmith’s bars are congruent and self-contained enough to produce a small collection of songs that can stand by itself and, while not in a league with the aforementioned, seamlessly fits in the Apollo Brown & company canon.

If 2018 was, in some way or another, the Year of the Woman, Cardi B rode the wave with her self-made success. Self-made not only to the extent that she’s the author of her own fairytale but also that the evolution of Cardi B can be witnessed in real time on her official debut. It’s not an overly ambitious record, but one that says very loudly and clearly: “I made it, I’m here”.

Evidence is either foolish to pursue his dead-end job as rap’s Weatherman or supremely confident. “Weather or Not” sounds a lot like the latter. At a time when rappers take acting cool to all kinds of absurd places, Ev is the original king of cool (or at least the boss of cool in this rap game), bound towards some unknown destination and leaving us to look only at the footprints he left in the sand.

Probably too much has been made about Apathy’s role as an ambassador of Freemasonry (which as a slogan appears in the conspiracy clutter nursed by internet idiots). In reality the secret science that Ap masters is called rap, as he interweaves common sense and the supernatural and spiritual in best rap tradition. If there’s one thing mental dwarfs, gnomes and trolls can be afraid of it’s this enlightening force that in the right hands still serves to dispel myths: “Believe in the Creator but I don’t believe in Satan / I believe the devil’s a homosapien / and heaven and hell exist in your cranium”.

A guy walks into a bar… it’s probably Chris Orrick. On “Portraits”, lighter moments come only at the expense of the protagonist. But the self-description (/self-depreciation) as a ‘Barfly’ hints at the open and honest approach at work here. The guy had to drop a nom de plume he had cultivated across six albums because “losers on computers” monopolized the term Red Pill for their spiteful self-pity. As far as social interactions go, rap is a relatively civil one, few demonstrate that better than the Detroit representative who shares his frustrations in a relatable and kind manner.

As sure as the late Stan Lee now occupies Odin’s high seat in the Valhalla for the gods of modern mythology he helped create, this company crossover is a rap geek’s wet dream. The odd couple Esoteric and Inspectah Deck meet the villanous Viktor Vaughn. Seriously, what more do you want? It’s all antiheroes and supervillains, no Panthers, Spiders or any other critters in this adventure replete with rhymes, references, wordplay and not to forget explosive sound effects. It’s also good for a laugh or two, but to the surprise of sceptics, the raps are often relevant to the times.

This generously scored gem takes Lando Chill all kinds of places, but it’s not necessarily all over the place. Displaying vocal dexterity over producer The Lasso’s somber and sparse but still frolicsome funk, Lando examines personal and social constellations with the eye of an artist and the mind of a thinker.

Skyzoo is the undisputed master of the (auto-)biographical rap album. He wasn’t the first, as he acknowledged with his “Ode to Reasonable Doubt”, but the lane is now all his (while still capable of learning from the guy placed one spot ahead on this list). His combination of wordplay and visualization further puts him in a league of his own. Skyzoo is a narrator, not an entertainer, so certain aspects we value about rap get sacrificed in order to not obscure the point of view. Like its predecessors, “In Celebration of Us” can’t give you what many other rap works give you, but on a literary and lyrical level it reaffirms Skyzoo’s unique status.

“I’m from the V-i-double l-e / like M.O.P.”, begins Masta Ace his ode to the place whose name can be traced back to the Dutch town Breukelen – Medina to Five Percenters, Bucktown, Crooklyn or Brooknam in the rap lyrics that took BK’s reputation worldwide. Unlike the double-barrelled Brownsville duo, though, Ace keeps the distance of a chronologist, whilst conveying the commitment of a commentator. Beat composer Marco Polo attests the magnetic pull the location has had on fellow hip-hoppers pursuing their dreams. Together they craft a panoramic portrait that dispenses a historical perspective on beats, rhymes and life.

You don’t have to see why she called this s–t “Queen” to acknowledge that Nicki Minaj has come to cut off heads. On her most serious full-length effort so far, she often trusts the instincts that initially made her want to be an MC. Across the almost orthodox order of rapping and lyricism she sheds her doll attire and emerges as something resembling a real person. Too bad the metamorphosis doesn’t extend to the side of her that still wants to be a pop star and soul siren. But this may be the first Nicki Minaj album that doesn’t feel like a defeat. Supremacy is still within her reach.

Black Milk can do collaboration – B.R. Gunna, Random Axe, Nat Turner. His credits extend from Slum Village to Jack White. But like the iconic J Dilla and other hip-hop renaissance men he’s also the quintessential autonomous artist, able to craft a complete work of art all by himself. “Fever”‘s supreme sound mirrors the mature approach in the album’s lyrics to things that are (or should be) of concern of all of us. It’s an absolutely serious record, but one that is bundled in the most beautiful manner. If hip-hop evolves, it evolves thanks to people like Black Milk.

Major rap artists once again played it safe in 2018. Not so Push. “Daytona” is the kind of recording that makes me question, in an entirely good way, the decisions it makes. What’s that line, what’s this line? What about the beat change right there? In the shortest of terms, I was caught up in it. Push had my attention. Even the subsequent “The Story of Adidon” had me briefly invested in the so-called beef with you-know-who. In short, he’s the rare contemporary rapper who can make things interesting. And the music behind him during the short set was easily the best thing attached to Kanye West’s name this year.

Of the same blood and the same mind, the two cousins act their age, not their shoe size on a collaboration project that has been a long time coming and delivers on all accounts. Grown man rap has never been an oxymoron destined to fail, it just takes strong enough characters to hold the contradiction.

Bun B is only half the MC he used to be – for the simple fact that he was once part of an iconic duo that was torn apart by fate. That Bun B’s solo career from his second solo effort “II Trill” on will forever be missing something is part of the UGK legacy, if you will. But Bun is always giving it his best, and he remains one of the most straightforward artists the genre has ever produced who also carefully tends to the craft. With southern rap enthusiast Big K.R.I.T., in all humility, trying to fill Pimp C’s big shoes at least temporarily, success on all levels is nothing short of expected and Bun, K.R.I.T. and an exclusive circle of guests deliver 14 rock-solid, full-grown rap songs that make you wonder what could possibly come after this.

The common thread in this list, and indeed in any selection of more recent albums I would recommend to myself, is that these are albums that require a certain amount of attention. They are largely on the traditional (and not the experimental) side, this I realize, yet should nevertheless be able to provide the discerning listener with food for thought. Royce’s “Book of Ryan” is fragmentary but regularly profound. The Detroit mainstay uses his microphone prowess to go where it hurts, particularly in respect to the relationship between father and son.

Apollo Brown continues to expand his echo chamber for hip-hop’s lost souls. Thankfully he regularly chooses partners who are not content with making themselves comfortable but write and rap against the status quo. Few modern day rappers can capture situations as concisely and precisely as Brooklyn’s own Joell Ortiz, who delivers his magnum opus with this marriage of supreme rap rhetoric and smooth, soulful beats. While reminding us that “the beauty’s in the flaws”.

Travis Scott really finds a lane of his own with this fine-tuned project that extends a hand to the musical past and teems with contemporary creativity. Previously a rather unspecific character (at least from a rap standpoint), the sheer number of details help Travis Scott, who represents the better aspects of the vocal ambidexterity of these times, achieve greater dimensionality. Between data dumps, EP’s parading as LP’s, title claims, surprise attacks and posthumous patchworks, “ASTROWORLD” is one of too few releases this year that aspire to be an actual album, the kind this publication aims to champion.

Rising above has been a major theme for rap music since it grasped that it was here to stay. Melle, Run and D, Cool J, Kane, Pac, Snoop, Big, Jay, ‘Kast, Em, 50, T.I.P. – all great artists and even greater entertainers who also shot for the stars, who realized their potential to go down in history. Nipsey Hussle, while not yet as accomplished, is cut from the same choice cloth. “Victory Lap” is the crowning achievement of a focused career, technically flawless and rendered relevant by emotion and reflection.