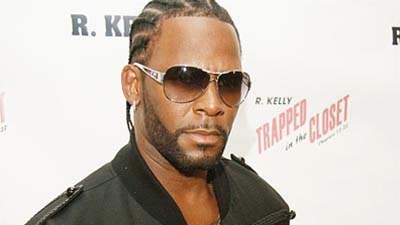 R. Kelly Can Only “Fly” For So Long

If R&B singers with hip-hop swag were Italian mobsters, R. Kelly would be the Teflon Don of the group. Mr. Robert Sylvester Kelly is the man nothing sticks to. He married an underage girl and got away with it. He urinated on a minor and got away with it. And just last year he was accused of running a brothel/sex cult and once again it looked like he was going to get away with it — until now that is.

Even the Teflon Don himself Mr. Gotti eventually got wrapped in Velcro and did a bid. Kelly’s date may be looming. It took a while for the latest round of allegations to catch up to the singer, but since February of 2018, Kelly has lost his publicist, his personal assistant AND his lawyer in a stunning series of departures from Cult Robert. It appears that new allegations he infected a 19-year-old with a STD were at least in part responsible for the defections from his camp. Her lawyer Lee Merritt describes the allegations this way: “He gradually introduced the cult to our client over the course of their relationship, culminating with an explanation that she would have to sign a contract and offer collateral information about herself and her family for Kelly’s protection.” Yuck.

Now in the interest of being fair, despite the fact that Kelly’s actions seem to have been questionable for a long time, the fact is he may have beaten the rap without any “Teflon Don” style witness tampering or jury intimidation in any of his legal matters. The “pee trial” seemed like a slam dunk case given actual video of the incident existed, until an actual court of law was able to convince a jury of his peers that he wasn’t the man on said video. It’s possible he isn’t. It didn’t change the public perception of Mr. Kelly though, nor stop him from being parodied in the media on shows like “Boondocks.”

I don’t think any of us are naive enough to believe there aren’t double standards for celebrities, famous people, and the incredibly wealthy. Mr. Kelly is ALL of those things. In one of my favorite dark/absurd comedy films “Kingpin,” which it should be noted isn’t EVEN my favorite bowling film of all time, this double standard is summed up ideally by a recurring antagonist in the film named Ernie “Big Ern” McCracken. As he defeated our movie’s protagonist in a one million dollar bowling tournament, he screams with joy about his ability to “finally… buy my way out of anything.”

Guilty or innocent, it may just be that Robert Kelly can indeed buy his way out of anything, given he has decades of chart topping singles and best selling albums which will keep a constant stream of cash flowing his way. Of course it’s easier to buy your way out of anything when lawyers actually want to represent you, a problem scandalous politicians have run into of late. Without a publicist to explain away his dalliances and a personal assistant to steer him away from his lechery around pulchritudinous women, it’s going to get increasingly hard for Kelly to use his fat bankroll like aspirin on every legal headache. These latest defections show that while Kelly may believe he can fly, his wings are at last in danger of being clipped for good.