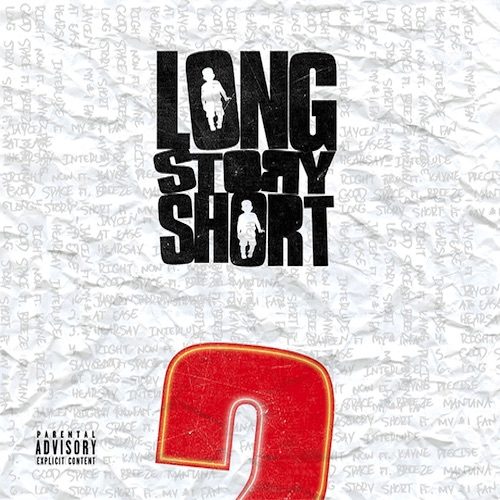 Sometimes you just have to call bulls–t what it is when you smell it. Anybody who claims their album is “Ready to Die” 2018 is on some bulls–t. Even if that was just an overeager record label intern stretching the truth to its breaking point to promote an artist, it’s also on the artist to hold up a hand and say “Don’t play me like that. If you promote me as the next Biggie and I don’t sound anything like him, that’s the first thing EVERYBODY is going to say. Promote me as ME. Tell people who +I+ am, not who you want me to SELL UNITS like. Aight?!?!”

“It’s a damn shame what people do for relevance” – Shorts, “Flushed On”

The sad thing is that Shorts absolutely doesn’t need the truth to snap back like a rubber band and smack him in the face like that. Notorious B.I.G. is a terrible comparison, but Shorts is not a terrible rapper, nor is he coming whack on some terrible tracks. In fact during the intro to “Fake Hate” I was being won over by a snippet of Spike Lee’s classic film “Do the Right Thing”, but what surprised me was how mellow the song that followed it was and the quality of guest rapper Oaklin Winthrop’s contribution. Another thing that surprised me was the beautiful video Shorts shot for “Merci,” filmed entirely in Cuba and the Dominican Republic. It’s so relaxing you night want to roll one up while watching and listening.

“So I give thanks, never ever worry
Movin at my own pace, never in a hurry
Yeah yeah haste makes waste, you got expensive tastes
Yeah you can buy the mall but you can’t purchase pearly gates
So I give thanks”

That’s the third surprise Shorts has hit me with – his philosophical and humorous bars with lines like “They fly on the internet but never took a flight yet.” See if I was going to compare Shorts to anyone, it wouldn’t be Biggie, because (and this is not a knock at all) he was way more materialistic. Shorts is more like Doodlebug from Digable Planets crossed with both Sonny Cheeba AND Geechie Suede from Camp Lo. Shorts is randomly sprinkling jewels into tracks like “Get Yours” that you might miss if you don’t stop and hit rewind.

“Never too young to teach and, never too old to learn s–t
Work on your control, control your mind with no concerns, yeah
They was gettin parts, hehe, I was gettin perms, yeah
I had to wash my hands with n—az cause I don’t deal with germs yo
Keep up with your hygeine though keepin up with my team
Un-sanitary thoughts can’t, interfere with my dreams”

The same rep who sent me this one said Shorts “knows how to pick a beat” but I can’t discern from that whether this is self-produced or if Shorts shopped around FOR the best beats. I can tell you that out of 15 tracks here my favorites besides the aforementioned tracks are the minimalistic “Musick,” the West Coast booming funk of “Freak,” the jazzy “Today” and the short but powerful “A Way.” One thing that rep wasn’t exaggerating about is the fact Shorts shows good taste in his selections. They’re not all bangers, but none are absolute duds that insult you as a listener. A relatively minor complaint would be that the amount of skits and drops waste valuable time on a 44 minute album, but if Shorts is doing some world building for his new audience I can forgive him that excess. Despite the misguided comparisons to Christopher Wallace, there really is some merit in “Long Story Short 2.” Shorts is a peaceful slice of tranquility in a chaotic world. He’s humble but knows he’s good. He’s chill but he’s not afraid to man up if needed. He’s that cool cat on the corner that has a good rap and is now getting a chance to show it to the world at large.