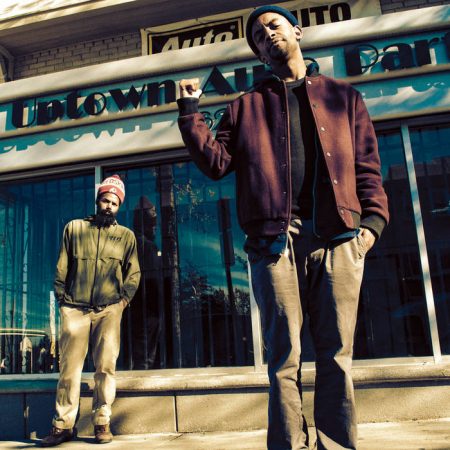 Flex Mathews is largely unknown outside of Washington D.C., releasing “Hi, I’m Flex Mathews” in 2017 with the honestly named The Unown. Catching the attention of Damu the Fudgemunk, a veteran producer responsible for hidden gems like 2007’s “Travel At Your Own Pace” (alongside emcee Insight as Y Society), emcee Flex Matthews brings an energetic presence to what is a playful project and one of 2018’s best produced hip hop albums.

Kicks and snares may be less dominant as far as sales, streams or whatever is used to measure popularity these days, but they never go out of style. Damu had a series of records named “How It Should Sound” and the beats he’s crafted on “Dreams and Vibrations” are precisely that, authentic without sounding dated. There’s the arbitrary message that you “won’t hear this on your Top 40 hitlist” but Flex’s breathless attacks never feel forced or like he’s rapping about rapping. Granted, there’s enough of that throughout the album and Flex may not be quite Rakim, but there’s a natural chemistry between Damu and Flex that helps many of the 6+ minute tracks fly by. It’s not your regular sixteen bars – scratched hook – sixteen bars setup, that’s for sure.

“Bare Witness” is a great example of what’s in store. Hard beats and a flow-heavy approach to rhyming mean the mood could get intense, but songs are given time to breathe so you’re not constantly hit over the head with words.

Damu even jumps on the mic with “We Lunchen” with a performance Pete Rock would have been proud of. Sure, PR isn’t the greatest, but the Fudgemunk does his thing. He gets a pass given how hard tracks like “Deadin’ the Weight” and the epic ten minute “Burners” are. The latter is blessed with an iconic Ol’ Dirty Bastard vocal snippet, a rare Blu verse and Flex’s partner in rhyme, Insight the Truncator.

Just as one beat ends, another monster is unleashed. “As We Continue” is a mid-point interlude that has beats you’d hope Flex would drop some rhymes over, just as 7L and Soul Brother #1 used to do on their records. DJ Spinna blesses “I Love It” with some slick scratching and the influence of A Tribe Called Quest is laid bare on “The Answer Is Yes” (answering the question, can they kick it?).

They sure do, and that’s the main criticism of “Dreams & Vibrations”, Flex isn’t as charismatic as the likes of CL Smooth or Q-Tip and storytelling is kept to a minimum. Given how young his career is, I’m excited to hear him improve and if he continues to work with Damu, there’ll be more greatness for sure.