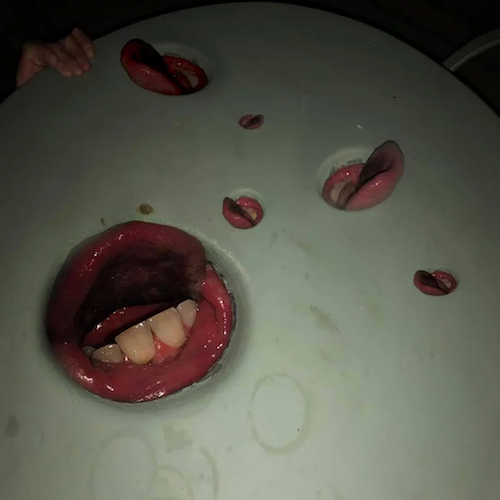 Year of the Snitch

Death Grips :: Year of the Snitch

If it was easy to explain Death Grips I wouldn’t need this opening paragraph. While they are definitely a rap group they are absolutely NOT like any other rap group you’ve ever heard. They are closer to punk rock than hip-hop, but that’s a square peg that doesn’t fit neatly into a round hole. They are closer to heavy metal than they are punk rock, but that’s a jagged edged knife that doesn’t pull cleanly out of an open wound. They are closer to experimental music than they are heavy metal, but that’s a mushroom cloud you can’t shove back into a shiny metal payload. Death Grips defies both simple labels and easy listening. A Death Grips song is not a casual experience — it’s a jarring and often disconcerting roller coaster through a psychedelic trip. It’s what rap music sounds like to outer space aliens. It’s what Bojack Horseman hears in his head when he’s tripping balls.

“Year of the Snitch” takes the formula created by Ride, Zach Hill, and Andy Morin over the last eight years and brings it to a full boil. Ride is the emcee, Hill is the drummer/producer, and Morin does just about everything else that needs to be done including engineering the madness so it sounds just off enough to be spot on. You have drop most of your preconceptions of what rap is before you listen to songs like the lead single “Streaky”.

There’s just enough of a lyrical flow to the beat, just enough of a hook, and just enough DJ scratches to make it recognizable as a hip-hop creation, but for Death Grips this is simply the hors d’oeuvres. By the time you get to the third single and first official video “Flies” the full intensity of the Grips formula is straight up in your face. The video might seem to be a literal attempt for Ride to fly up in the air, but the undercurrent of the lyrics will lead you in a much different direction.

The great (or terrible) thing about Death Grips is that so much of what Ride says is open to interpretation. At times they seem to be hip-hop’s version of Cannibal Corpse, and if any member of the group named them as an influence I wouldn’t be surprised. Unfortunately this would also be far too simple of an explanation. “Dilemma” is an aptly self-referential track, presenting itself as an interview with the group in studio, then shedding this pretense to bark out lyrics that just barely manage to follow the shredding guitar presentation.

For 38 minutes and change “Year of the Snitch” is an all-consuming and oft-confusing affair. At times you can bop your neck (or mosh your head) to tracks like “Little Richard” and “Black Paint”. It may leave you feeling like you’ve been listening to Satanic hip-hop straight from Beelzebub’s anus to your ears, but if you can get down with the wickedness it’s a pleasant ride. At other times tracks like “Fear” and (especially) “Disappointed” walk the line between being music and… ART?

At the end of the day that’s what describes Death Grips best — ART. It’s experimental art, it’s avant garde art, it’s post-modern neo-hip-hop for an era of tired Gen X’ers and their progeny raised on a pop culture that feels increasingly post-apocalyptic. It’s the natural existential angst that comes from the past, present and future blending together in a wormhole that has enveloped all of society. What does anything mean? Is there any meaning to life at all? These are questions that listening to Death Grips will make you ask, which makes their form of “rap” a very niche experience that’s not for everyone — they might even argue it’s not for ANYONE. They made it for themselves and we just happen to be lucky they shared it with the rest of the world.