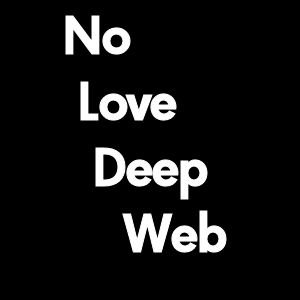 What the hell was Epic Records thinking when they signed Sacramento punk/noise/rap act Death Grips? They were probably thinking, “with a little finessing, we could make this appeal to the Warped Tour/Hot Topic crowd who would have been buying Limp Bizkit records ten years ago, AND appeal to hipsters who are exploring death metal and looking for rap music that is still threatening.” They were probably thinking that given drummer/producer Zach Hill’s long career in the music business, he would be a rational employee who understood the uncomfortable but necessary compromises that have to be made between artistic needs and business needs. Whatever Epic was thinking, whatever relationship they thought they had with Death Grips fell apart in a spectacular way last week. When Death Grips wanted to release a follow-up to their well-reviewed major debut “The Money Store” seven months after its release, Epic decided that maybe releasing two albums in one year wasn’t the best strategy, and the new materials should be pushed back to 2014. Rather than merely take to Twitter to do some internet bitching, Death Grips released their album for free on their website. To pour salt in their label’s wounds, they made the album cover a photo of an erect penis with the album title written on it with a Sharpie. “U.S law states you must be 18 years of age to view graphic sexual material,” says a caption under the photo on their website. ” We consider this art.”

That is the key to understanding Death Grips: they consider what they are doing art. It what makes their music more than just hardcore bro-rap, shouted rhymes over noisy beats. They are going for something more than simply making a soundtrack for bar fights and drug abuse.

Listening to “No Love Deep Web,” I can’t help but wonder if maybe the record label had a point. Death Grips’ music is always an all-out assault, with everything cranked up to eleven. Ride has two modes: yelling about sex, drugs, and mayhem, or rapping menacingly about sex, drugs, and mayhem. He’s doing more of the latter on this album, but he sounds even more unhinged than on previous releases. On the opening track “Come Up and Get Me,” he’s yelling like someone who has completely lost their mind. His lyrics, which have always been dark and self-destructive, are even more so:

On “Hunger Games” he raps “Come on and kill me/I can’t stop stealing.” On another song he raps “It’s all suicide to me.” In the likely event that Ride meets an early and unnatural end, the lyrics to “No Love Deep Web” will serve as early warning signs that his friends and family should have paid attention to. Ride is past the point of being aggro and moved on to being disturbing.

Musically, “No Love Deep Web” continues exploring the electronic-influenced dissonance on “The Money Store.” In general this album is less noisy than its predecessor, although it still has the potential to blow out your speakers. Zach Hill and his co-producers are working with minimalist electronic music as much as distortion and guitar sounds.”Lil Boy” sounds like a rave song; “No Love” sounds like Led Zepplin mixed with German techno; “Stockton” mixes rattling hi-hats with a stripped down beat punctuated by exploding snares. Many of the tracks are mid-tempo with Ride toning down his raps into a threatening growl. They even show that they can bounce on the 80s sounding “Bass Rattles Stars Out the Sky.”

Whether it be putting penises on their album covers, Ride’s screamed lyrics, or the cacophonic beats, Death Grips excel at making the listener uncomfortable. There is a genuine sense of danger to their music. It’s like a drug-addled, punk rock version of Waka Flocka Flame: rowdy and noisy as hell, and made by a bunch of guys you wouldn’t want crashing your wedding party. “No Love Deep Web” continues Death Grips’ death trip, and is another solid 47 minutes of artistic aggro.