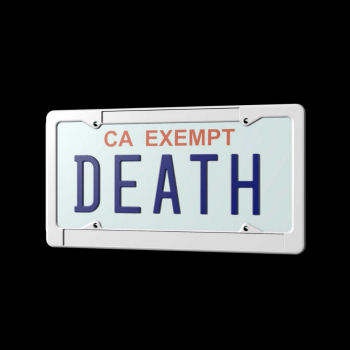 Since 2010, MC Ride, Zach Hill and Andy Morin have been terrorizing listeners as Death Grips with their mix of hip-hop, hardcore, EDM, and avant-garde noise. They released two albums last year, “The Money Store” and “No Love Deep Web.” The latter album got them fired from their label after the band released it for free with a picture of an erect penis as the cover. Getting dropped did nothing to slow them down: the band started a label and Zach Hill is working on his first film. Their work has gotten spottier in 2013. In August, they failed to show up to a post-Lollapalooza gig. Instead, fans who paid to seem them were treated to their album playing over the PA and a projection of a suicide note by a fan.  It’s one thing to screw over your label, but to screw over fans who paid to see you, and instead offering a half-assed art instillation, is not cool. The band ended up canceling their fall tour and were mostly quiet until dropping this album, 13 months, 13 days, and 13 hours after their last one.

It’s not clear if this is intended to be a new album or the soundtrack to Zach Hill’s film. My guess is that it is a soundtrack, because it isn’t much of an album. For one thing, the songs are not centered around MC Ride’s vocals. He’s rapping on most of the tracks, but often his verses feel more like samples on an instrumental track instead of actual vocals.  Part of this is that it doesn’t sound like he is even trying to rap on beat. It’s mostly him yelling random, incomprehensible shit. He’s always rapped like he was on the verge of losing it, but here his is basically yelling like a crazy person, his vocals often distorted and/or buried by the production.

It doesn’t help that the beats are mostly gone. Death Grips has always walked the line between noise and hip-hop, but their earlier records maintained hip-hop’s bounce. There is not much on “Government Plates” that sounds at all connected to hip-hop sonically. “Feels Like a Wheel” has a little bit of B-more club music in it, but “Big House’s” second half is the only track that really feels like a rap song. The rest of the album is a whole lot of noise. It’s almost like producers Zach Hill and Andy Morin were asked to open for Skrillex and decided to try and bum the crowd out as much as possible. The music is abrasive, cacophonous, and unrelenting, a constant barrage of electronic clanking and screaming.

Death Grips have always been about bringing the noise, and they’ve been moving in a more electronic direction since “The Money Store.” The music on their previous albums was noisy but focused, centered around a recognizable beat and MC Ride’s rapping. There’s no center to the songs on “Government Plates.” The beats are unpredictable, sometimes changing mid-track, and Ride’s vocals aren’t acting as the glue to keep the songs together. What’s left is a bunch of songs that have all of the cacophony that Death Grips are notorious for, but little of the payoff that makes them worth listening to.

Death Grips have always been a challenging group to listen to, but “Government Plates” is more migraine-inducing than head-nodding. It’s an album that is best suited to advanced interrogation techniques or clearing out a bar at last call. Die-hard Zach HIll fans might appreciate his increasingly experimental approach to making music, but those hoping for another outing of MC Ride’s aggro flow will be disappointed.