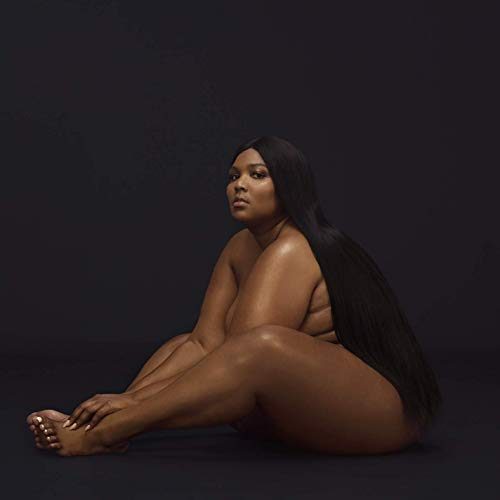 Cuz I Love You

In her first feature on RR, Lizzo drew positive comparisons to Missy Elliott, with writer Matt Jost stating that she “has that way of drawing you into her world and not making you feel like a total stranger”. Five years later we’ve come full circle on the release of “Cuz I Love You” with the album’s second single “Tempo”. You’d be forgiven for thinking Timbaland produced this banger given Missy is the featured guest, but he’s nowhere to be seen in the liner notes. Lizzo herself is credited with this thumping anthem to dancing alongside Frederic Reed, Nate Mercureau, Dan Farber and Sweater Beats. Five minutes from now you won’t remember any of those names other than Lizzo’s, but you will definitely remember this song.

If you weren’t familiar with Lizzo before this song there’s probably no better introduction. Melissa Viviane Jefferson is a big grrrl in a small world and sees no reason to apologize for it. The notion that she even should is based entirely on a society in which the term “plus sized” exists and women are expected to conform to a standard that only exists on television shows or in Hollywood movies. “No, I’m not a snack at all/Look, baby, I’m the whole damn meal” raps Lizzo on “Juice” while bringing more sexy back than Justin Timberlake. Her video for the song continues that theme by parodying late night talk shows and jazzercise infomercials while showing off Lizzo in a stunning variety of outfits and hair styles. Jost was prescient with the comparison to Missy — both have a magnetic presence on AND off screen.

It shouldn’t be necessary to discuss body positivity in 2019. The fact we have to talk about Lizzo representing for “thick girls” is a distraction from the fact she’s an incredibly gifted artist besides being CrazySexyCool and funny as all hell. Listening to her brag on “Juice” that someone’s boyfriend “got lost in her DMs” and “wanna be way more than friends” works on ALL of the above levels. I think the best way to TL/DR what I’m trying to say here is that Lizzo makes me smile. On “Like a Girl” she makes me smile for the same reason Ronda Rousey putting Triple H through a table makes me smile — she’s too strong to be held down by anyone.

“Only exes/X’s that I care about are in my f***in chromosomes
I don’t really need you, I’m McCauley Culkin, Home Alone
Bad b***h, diamonds in my collarbone (yee, yee)
Buy my whip by myself, pay my rent by myself”

After three studio albums, a major label record deal, and attaining the kind of popularity that makes alcoholic beverages want to use your songs in their commercials, Lizzo no longer needs to explain that she can fight “Like a Girl” but wears that badge of pride anyway. There’s a purposeful double entendre there because Lizzo embraces “pride” in all colors of the rainbow and is an equal opportunity player, dismissing a chump on “Juice” with the words “Nigga please, don’t make me have to take your b***h.” It’s hard to put into words what this kind of representation will mean to so many people out there, but suffice it to say that it matters and songs like “Better In Color” will mean a lot to that audience.

“Don’t matter to me/because I like everything” quips Lizzo, crossing all of the divides invented to separate all of us by trivialities like gender or color. It’s not hard to see why Lizzo has quickly gone from a regional cult favorite of the Minneapolis scene to an artist of national prominence and global tours doing sold out shows wherever she goes. Credit where it’s due to the above named producers along with X Ambassadors, Oak, Theron Thomas and more who provided her with banging beats on this (far too short) 33 minute album, but it’s the powerful personality of Lizzo that keeps it popping. She has been building to this point for well over half a decade now, and on “Cuz I Love You” it’s abundantly clear that she can’t be held down any more — unless she wants you to. Oh yeah, Lizzo is kinky and playful too, but the most sexy thing of all is her unlimited confidence in herself. She thinks big, dreams big, and achieves it all on this album.