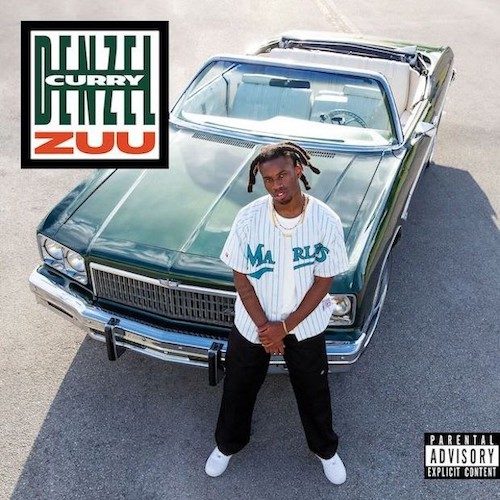 Less than a year after his critically acclaimed “TAI300” album (pronounced “Taboo”) Denzel Curry has returned to follow up with “ZUU” through Loma Vista Recordings. One thing I immediately liked about Denzel Curry the first time I heard him was his lack of pretense. He could have called himself Carol City Killah or Supathug D but there’s none of that from Curry — the name on his birth certificate is hard enough as is. The second thing that made me appreciate Curry is that despite having come of age in an era where many of his peers (arguably the most commercially successful ones) spend most of their time singing, Curry is a rapper who mostly RAPS. The first single “Ricky” might have you thinking he’s a fighter though. Curry raps at what appears to be a backyard brawl organized by street fighting kingpin (and one-time Bellator fighter) Dada 5000.

The rowdy scene belies the true nature of the game that Curry is spitting. At 24 years old he already sounds world-weary, which isn’t hard to believe given where he comes from, and although his advice is crass that doesn’t make it any less worthwhile for the listeners.

“My daddy said ‘Trust no man but your brothers
and never leave your day ones in the gutter’
My daddy said ‘Treat young girls like your mother’
My momma said ‘Trust no ho, use a rubber’
I’ma act, one two stop the track, bring it back, what it do
See Ricky said ‘Never let nobody get the one up on you
If they run up on you, hit ’em with a one, two or a bitch slap
leave the cul-de-sac your brothers gon’ have your back regardless”

In case you were wondering “Ricky” is Curry’s late father (R.I.P.) and it sounds like he was a good man who valued both family and the loyalty of close friends, instilling those values in his son so he can pass them on to the next generation too. Momma’s pretty wise too albeit no less crass, and this kind of unapologetic no-nonsense talk perfectly befits his rough-n-tumble origins. Speaking of which the Carol City raised entrepreneur Rick Ross appears in a cameo over the wailing sirens and heavy bass hits of “Birdz”. Like the lead single this song is laced by rising producer FNZ.

“Living on a limb and I’m blowin hemp (boss)
You see the limo tinted, never know it’s him (woo)
Cocaine wraps in the Cadillac (okay)
I got lil’ homie with me, city on our backs (Denzel)
Always been a loner ’cause I’m so rebellious (what?)
Pullin on a bong, it make me feel angelic
Pennin a memoir I pray I live to tell it (huh)
Never will I tell it, that’s considered careless (woo)”

Even though I said Curry raps more than his peers, I didn’t say he NEVER sings. He flips back and forth between both on tracks like the Rugah Rajh produced “Speedboat,” but the nice thing is that he’s not so heavily medicated and AutoTuned that you can’t follow along with his delivery. The line from the hook that sticks with me long after the track ended is “my dog didn’t make it to 21/so I gotta make it past 24”.

Even though I’ve put over a lot of Denzel Curry’s appealing qualities to this point, not the least of which is his straightforward honest “real n*gga from the 305” delivery, this should not be mistaken for Curry being a role model. As enjoyable as tracks like “Carolmart” featuring Ice Billion Berg and “Shake 88” featuring Sam Sneak are, there’s one thing that Curry has in common with Rick Ross besides a hometown/area code — a prodigious amount of conspicuous consumption and a desire to floss. He’s certainly entitled to live the life of a rap star after four successful studio albums by the age of 24 (or at least to portray it in his songs and videos) but it’s hard to ignore that a lot of bodies get left in the dirt by jealousy and envy from the have-nots, especially on an album where Ross gave a shout to the late Nipsey Hussle.

To put a bottom line on it the only song on “ZUU” I really don’t like is the Ronny J and FNZ co-produced finale “P.A.T.” — it’s just a migraine headache I don’t really need to have. Other than that Denzel Curry is a more than capable rapper who has built up his resume over the last half decade and now gets to enjoy the fruits of his labor. I hope he continues to follow his father Ricky’s advice while also being mindful that the larger his star rises, the more of a target haters are going to put on his back. I guess the moral would be “Floss responsibly?” Enjoy your fame and wealth, stunt if you want, but keep one eye on the rearview when and wherever you do. Hopefully he’s already thinking about it since he wants to live past 24.