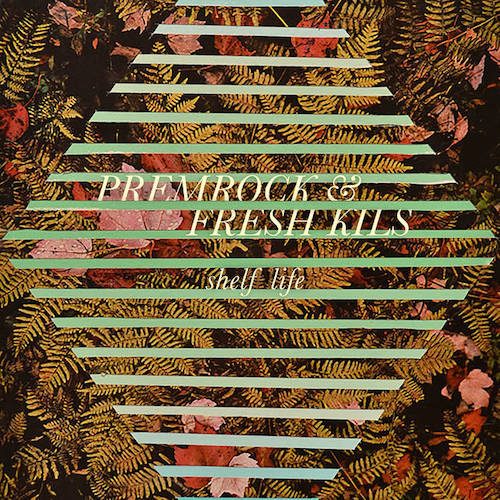 In the interest of full disclosure, every PremRock review dating back to 2011 on RR has been mine. That alone might not be a reason for bias, but the fact that PremRock usually reaches out personally when he has some new material to review shows a casual rapport between artist & writer. There’s only a few people this happens with and it’s almost always someone I previously interviewed — Mad Dukez comes to mind. Coincidentally both PremRock and Mad Dukez frequently work with Canadian producer and MPC maestro Fresh Kils and he’s someone I’ve interviewed too so there you go. If anybody thinks I’m unfairly biased as a result call me on it on social media and I’ll ensure someone else covers the next joint.

As for PremRock himself (real name Mark) I’d describe him as an man who makes art first and music second. That’s the short version — the “TL/DR” version is that Mark doesn’t make singles for the radio or albums meant to play at high volume in residential neighborhoods. That’s not to say Mark isn’t making hip-hop music, it’s just that he’s making thoughtful music which is meant to make a personal statement regardless of commercial aspirations. I’m sure Mark would prefer to sell a million copies of every release as would any rapper because you could live far more comfortably that way, but he derives a different kind of comfort from the artistic honesty of albums like “Shelf Life” and songs like “Mahogany Finish”.

“The place I found beneath the hollow ground
can’t break my pace — break my pace
‘Til the sentiment of regret will take my place
Reticence is dead ’til I make my case
The feeling’s residual; too much of a bitter pill
to frame or to chase or a fall from grace
Speech got slurred, geeks got flare
Wonder how the hell did my feet get here?
Y’all go ahead I’ma meet y’all there
Breach of the contract — to be fair
Don’t get up, y’all can keep y’all chair”

This deeply introspective track is given an extra layer of magic through Fresh Kils’ production, and that goes beyond the fact he laid a good beat underneath it or used some eerie and watery slowed down samples on the hook. There’s a pleasantly metallic distortion to Mark’s vocals, as though the whole thing is being fed to you via FM radio on a station you are almost too far away from to receive clearly. It takes two like-minded people to pull off tricks like this, which is probably why Kils has a short list of preferred rappers to work with. That same feeling of “there’s something special going on here” can be found on “Glass House” as Mark raps “I’m not sure I even exist” and pulls us deeply into his existential angst over the track

I feel as though it’s deja vu to write that a Fresh Kils produced album is too short, but at only 26 minutes long “Shelf Life” could taste good to the ears long after the expiration date. That’s a pervasive theme to the art Mark and Kil’s are making here though — the self-awareness that like the food we consume, music is often a fleeting sensory experience quickly replaced by the newest one on our plate. Having only a limited amount of time to make an impression before the listener moves on, songs like “Choir” grab you by the short hairs of your inner ear canal and work HARD to make an impression. “Tell the reaper money’s low and I ain’t payin s–t” quips Mark as he seems to defy both his and this album’s limited lifespan.

In summary if you’re the kind of listener who prefers “junk food rap” this won’t be your dish. The songs are challenging but not in that “I know it’s art but I don’t know what the F**K is going on” way that Death Grips can be. You’ll be able to recognize this as traditionally hip-hop, but done in a very purposeful and carefully thought out way where every repeated musical note or breath of delivery was probably recorded three times just to get the sound right. If commercial rap is like Busch Light, PremRock & Fresh Kils are like aged whiskey — stronger, richer, and far more complex. Give “Shelf Life” a try and see if you enjoy the taste.