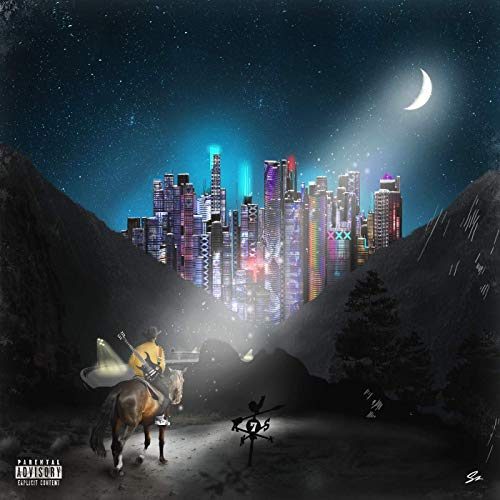 Social media is a powerful tool, particularly when the user is a naturally likable individual. One of the best examples is Dwayne Johnson, a huge star in Hollywood (perhaps the biggest), yet his social media posts are incredibly heartfelt, funny and most importantly, relatable. There are countless others like Will Smith and Lil B, but one that has stolen 2019 is the artist Lil Nas X.

For the uninitiated, Lil Nas X is a Soundcloud rapper from Atlanta that caught lightning in a bottle with the song “Old Town Road“, a blend of trap and country. It challenged the concept of genres when Billboard decided it “doesn’t embrace enough elements of today’s country music”. In response to this, Lil Nas X threw country singer Billy Ray Cyrus on the remix and it became the biggest song of 2019 – 11 weeks at #1 in the United States. That’s four more weeks than Soulja Boi’s “Crank That”.

By his own admission, the songs have been kept short in order to accumulate as many streams as possible. Seven songs at only sixteen minutes in length give you an idea of what “7 EP” is designed to achieve. These are two-minute tracks that largely veer all over the place – cohesion, concept, and artistry go out the window here. Instead, we’re treated to some snappy pop with a clear influence from the likes of Post Malone and Travis Scott. This is all about crafting catchy melodies to try and nail another hit record.

It’s important to establish that this isn’t a hip hop record, nor is Lil Nas X spitting bars as such. Keen listeners will note “Old Town Road” directly quoting Kanye West’s “Can’t Tell Me Nothing” but that’s as rap as it gets. Sure, he’s rhyming, but rhyming and rapping are different beasts. If one track stands out as far as rapping goes, then it’s “Kick It”. Showcasing Lil Nas X’s ability to craft an actual song with raps and singing, it will inevitably be overlooked in favor of the radio singles. But again, it’s not really about anything in particular.

The next big track from “7 EP” is “Panini”, which is perfect radio material. Possessing a whistling melody you’ll be humming all summer, it’s about people that resemble the jealous, possessive traits of Panini, a character from Cartoon Network’s animated series Chowder. It’s pretty specific as far as references go, but that may just show how out of touch I am!

Part of the problem with Lil Nas X’s brand of music is that it lacks identity. His social media is more interesting than generic tracks such as “Family” which brings in a pop-punk influence, with no rapping whatsoever. It’s literally like a Sum 41 track was drag-and-dropped into the final mastering session.

Lil Nas X dips his toes into a variety of genres, spitting on the whole concept of the word. The problem here is that Lil Nas X has no identity or notable qualities. Even his name is an amalgamation of other artists and it will be interesting to see whether he drops an LP or continues in his 2-minute pop lane, because it’s clearly working. Not everything has to be sixteen bars or 4 minutes long, so challenging that idea is admirable but whether it can be sustained is another question.