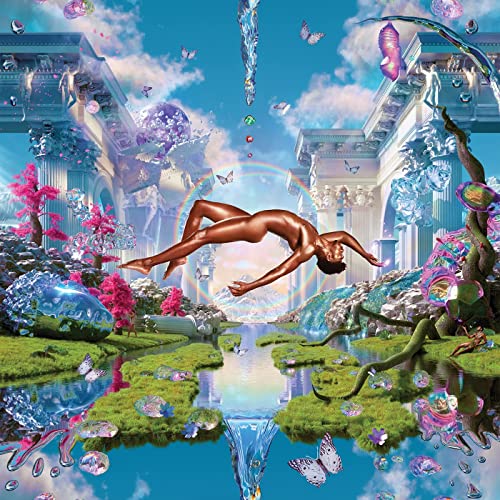 The following is an actual conversation I had within the last week with somebody in the sports world. I’ve changed his name to not embarrass him because I’m only using this as a segue to the “MONTERO” review.

Joe Sports: “So Flash, you’re the rap guy, I’ve been wondering if Lil Nas X is related to Nas in any way.”

Joe Sports: “I honestly can’t think of any song by him that I would know.”

Yes Joe, that’s him. I can’t be mad at Joe though because within the last month I asked my wife if Miranda Lambert was a country or a rock artist. If you get deeply invested in one interest you can unintentionally put on blinders to all others. From my perspective Lil Nas X crossed over to being a household name a while ago. He has reached the kind of fame where at any moment, anything he tweets can instantly become a trending topic around the world. If you’re not listening to pop music though, didn’t read any of the controversy about his “Satan Shoes,” and didn’t see his Taco Bell commercial, it’s entirely possible to not know who Lil Nas X is. I can’t imagine it myself but that’s because it’s my job to keep up on anything that’s rap related, and as pop crossover as he is, that’s still Lil Nas X’s genre.

Of course it goes without saying that the definition of “rap” has changed a lot in the last decade. Rappers used to vehemently decry R&B singers when I was young, either because they were jacking the swagger of hip hop culture and watering it down for mainstream appeal, or because they were mad at radio programmers for denying them the air time that R&B got. Over the years that animosity faded as rappers became a regular feature of R&B remixes, while in turn R&B artists were featured singing the hooks on chart topping rap songs. As rap artists got more medicated and pitch corrected, the distinction between the two blurred. Rappers sing, and singers rap. Lil Nas X is technically a singing rapper and not the other way around, but if you couldn’t tell I don’t fault you for that.

Songs like “Dolla Sign Slime” on “MONTERO” might help you to see the difference and not just because of the Megan Thee Stallion cameo. “You just an opp and a flop of a nigga/I’m sorry that I gotta say the truth/Thought I went pop, but I popped on you niggaz/Now I’m with thе hits like I’m Babe Ruth.” He’s spitting like a rapper, talking trash like a rapper, dropping punchlines like a rapper. The tuning and crooning may make him more accessible to the mainstream, but Lil Nas X doesn’t shy away from what brought him to the dance to begin with.

I can explain songs like “Sun Goes Down” in one sentence — if you like the late Juice WRLD you’d like Lil Nas X and vice versa. They are cut from the same cloth in terms of their style, although X made it more personal by stitching in a few rhinestones. Both rappers talk about depression but while Juice seemed determined to medicate his life away, X sounds a more hopeful note with the words “I’m happy that it all worked out for me/I’ma make my fans so proud of me.” He’s sharing his pain in the hopes it might actually take away the stigma around mental health, and I wouldn’t care if he had a hundred fans or a billion — I’d support him in that endeavor. “There’s much more to life than dying over past mistakes.”

Instant fame hasn’t ruined Lil Nas X (yet). As the “MONTERO (Call Me By Your Name) but Lil Nas X makes all the sounds with his mouth” remix shows, he still has a playful sense of humor paired with a genius level of recognition about what will connect with listeners. Every one of his collaborations on “MONTERO” reflects that awareness. Some are more personal such as his duet with Elton John on “One of Me,” some are more playful such as letting Doja Cat spit bars on “Scoop,” and some like “Am I Dreaming” with Miley Cyrus are so obviously targeted at the mainstream that the dart hits the bullseye before he even throws it.

I’m gonna keep it real with y’all — if you like rap music to be hard, loud and abrasive as fuck, Lil Nas X is not your dude. This is not “heavy metal for the black people” rap music. This is music that unintentionally shows just how far ahead of his time Prince Be was — he dared to be soft and got rejected by the cultural purists of hip hop as a result. For X such rejection would hardly be an impediment to his success, nor at this point would it be as heralded as Boogie Down Productions rushing the stage during a concert. At this point the backlash would be on the people trying to “cancel” X, not on X himself. You may or may not think that’s a good thing, but you also can’t rewind time and erase the last 10-20 years of AutoTune rap either. Lil Nas X set out to make a crossover pop album with “MONTERO” and succeeded. If you want something hard listen to M.O.P., Big Sean or Kendrick Lamar. Soft isn’t “wrong” by definition, it’s just different, and sometimes a little less posturing and a little more emotional honesty is a refreshing change of pace.