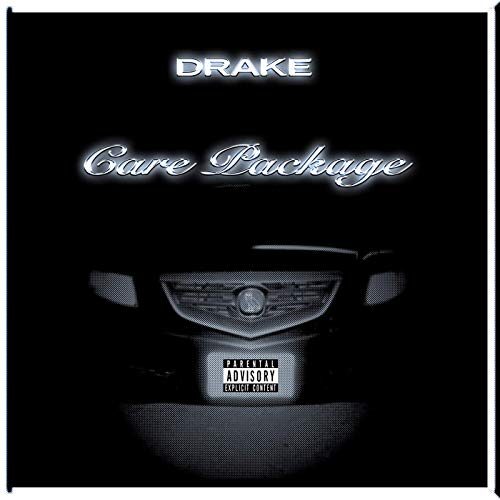 I stepped off a plane into the 6 for the first time in my life a few weeks ago and could swear I smelled Drake’s music in the air. I started hearing a full playlist of his music in my head without airpods. There aren’t many cities on this planet I so singularly identify with ONE artist, but Toronto and Drake go together to me like Chicago and Common. I actually thought I would see posters for “Care Package” just plastered on walls everywhere I went. I’d walk into places like the CN Tower and ScotiaBank Arena and just expect to hear his music on loop.

Was I disappointed? A little bit. The 6 isn’t as obsessed with the man as I had thought, but I think the CN Tower is a little bit disappointed too, as their looping trivia package on all the monitors pointed out he’s the only celebrity not to book an EdgeWalk. Maybe Drake’s afraid of heights? Don’t judge him for that. Disappointment is a theme here though when I realized that “Care Package” wasn’t actually a NEW Drake album. I avoided listening to it before or during my trip because I didn’t want my joy from being in Toronto to play any part in my review. Discovering that his new CD was basically the leftovers from previous albums was needless to say frustrating. A lot of it will be immediately recognizable to long-time fans though, and that’s not all bad. Take “Paris Morton Music” though, which is basically Drake’s version of “Aston Martin Music” sans Rick Ross.

Then of course there’s the song I heard stepping off my Air Canada flight, “5 AM in Toronto”. Originally slated for the album “Nothing Was the Same“, it was released as a single and even had a music video, yet inexplicably didn’t make the cut. That’s the theme of “Care Package” in a nutshell really. If there’s a Drake song you know and like that for some reason never came out in digital or physical form before now, he’s finally made it happen.

Does putting all your leftovers on a plate like the day after Thanksgiving justify a commercial release? Maybe not for most artists, but Drake isn’t most artists. When he calls himself “the greatest my country’s ever seen” on “Dreams Money Can Buy” (cut from “Take Care“) there’s no question he’s overstating it, just as he does with the line “my favorite rappers either lost it or they ain’t alive”. At the same time has there been a more FAMOUS rapper from Canada? As much as I love Dan-e-o, Maestro Fresh Wes, Madchild, Classified, Moka Only, Atherton, D-Sisive, et cetera etc. it’s only fair to say none is singularly as recognizable to the mainstream as Drake. The entire Raptors run to the NBA championship was basically “How is Drake feeling about it?” If he wasn’t at the games, people still hung on his every word through social media and TMZ. Look y’all Drake is just THAT DUDE.

It’s easy to hate on Mr. Graham because he’s overexposed or overrated. I get all of that, I understand the sentiment, and I’d be the first to say that not everything he’s done is a masterpiece. I used to think his singing was terrible and I wished he’d stick to what he does best — rapping (and on occasion acting). Over time I just got used to the sound of his voice. He’s still not Raphael Saadiq or Teddy Pendergrass and never will be, but he got better over time. The thing that’s patently obvious on an album of leftovers like “Care Package” is that even his non-album singles are bangers, which is what makes it more insulting that we had to wait all these years for them to be compiled together into one “package” for our perusal. Better late than never though — just like that Raptors championship. #WeTheNorth Be sure to stop by Mystic Muffin and tell Elias I said hi.