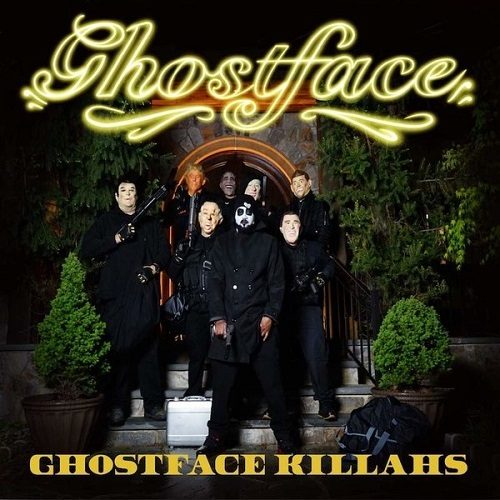 Wu-Tang fans have had it rough for a few years now. Not because the music has been particularly bad, but because the albums we are waiting for never seem to materialize. “Crystal Meth”, “Liquid Swords 2: The Return of the Shadowboxer”, and “Supreme Clientele 2: Blue & Cream” have all been announced, teased and then quickly swept under the rug. Given how good Raekwon’s sequel to “Only Built 4 Cuban Linx…” is, naturally, hopes are high for these records. Instead, we receive glorified mixtapes like “The Meth Lab”. Or “The Saga Continues”. But part of the appeal of the Wu-Tang Clan is, as unpredictable as their group projects can be, the solo material is often more reliable. And when it comes to Ghostface Killah, the music is often exceptional.

Inspectah Deck has taken the baton and ran with it in recent years, establishing his CZARFACE albums as a further extension of the Wu. Just this year, he returned after nine years with his best solo album in decades. With the affiliates constantly releasing music – The Orphanage and Sunz of Man both returned in 2019 – and no sign of other Wu members readying material, can Ghost span the universe and return to Earth to claim his throne?

“Ghostface Killahs” just about does what it needs to, but compared to his records “Twelve Reasons to Die”, “36 Seasons” and even “Apollo Kids”, it comes up a little short. Rather than the live instrumentation of Adrian Younge, this is a return to the low-budget grit of yesteryear, more in line with the legendary 90s work from the RZA. The lack of a W on the album artwork is often an indicator of whether the record sounds or feels part of the Wu-Tang aesthetic but the giveaway here is that it’s produced by Danny Caiazzo, the same guy who did Deck’s “Chamber No. 9”. I really enjoyed his work on that album, and he comes through again with some solid beats.

The album starts off impressively, with two Cappadonna verses (a new Cappa album would be more than welcome in 2019) and Inspectah Deck comes through with a nice namedrop verse like he’s been listening to The Game. But it’s the smooth as silk Method Man verse on “Me Denny and Darryl” that will have you bringing it back. Meth in full flow is unrivalled and it’s great to hear he hasn’t lost that ability to glide over beats 25 years after his debut:

“Cauliflower wallabees, turkey legs, collard greens
Dollar dreams, if I’m not the T’Challa then what kinda king
Am I? My persona, man, it’s nada, this is not a thing
Island got Italians, load the Talons and then bada-bing
Make ’em sing, this is not Sopranos, y’all, don’t make a scene
Making cream, how I make it up without the Maybelline?
Can’ with the laser beam, your favorite team’s
Not the playground to play around with, just try and take a swing
Yadamean? It’s not a seesaw battle
Not the bridge you wanna travel
‘Cause your life expectancy on the Verrazzano is narrow
Just me, Denny and Darryl
Just before my hand cock you can see the Smith on the barrel
Hit the gravel, forever be in my shadow
Rather be up in the saddle than up the creek with no paddle
Key to the city, judge, throw away the gavel
Since the game got pretty it don’t go with my apparel”

That energetic delivery is in full flow on “Conditioning”, to the point where he says “prostituted” instead of “prosecuted”. It could just be my ears though, as I swear he says ‘shapes and shounds’ on “Protect Ya Neck”. Either way, Ghost is back in his pocket and breathes heat-rocks into “Party Over Here”, a plodding, downtrodden track that barely qualifies as a record you’d play in a club. It’s almost anti-club, with the Clan rocking snapbacks, Timb’ boots and hoodies in the video. Evoking memories of DMX’s “We Right Here”, it nonetheless delivers on its promise as a catchy single.

“Pistol Smoke” with Solomon Childs is probably the highlight, representing the mood and theme of “Ghostface Killahs” at its most intimidating. Caiazzo’s more dramatic beats complement Ghost best and Solomon’s vicious hook is just what the doctor ordered. Raekwon’s “Ice Cream” is revisited with Cappadonna on “Waffles & Ice Cream” as both take a more literal approach to the metaphor of women and sweet desserts but it’s a fun diversion more than anything. Sun God joins Ghost for “The Chase”, and it captures some of that magic found on “Daytona 500” where you feel like this could be playing as you’re escaping the police after a violent heist has played out. The beat-flip in the middle also aids the storytelling but it’s the snappy drums and wild turntable scratches of “blew off the burner kinda dusty” that brought a smile to my face.

“New World” is Ghost taking aim at this generation of young men, ultimately spoilt by Eamon’s scattershot hook – it’s truly bizarre. It’s also worth calling out the oddly archaic lines from Ghostface that show the negative side of his persona. Bragging about “I did everything to these ho’s, but never ate them out” and the constant use of the word ‘f****t’ is awkward and hard to justify on a hip hop record in 2019. And this is me nitpicking, but the tracklisting on the CD is full of typos – at least it’s not as bad as the “Supreme Clientele” debacle.

“Ghostface Killahs” gives you glimpses of Ghostface Killah at his best but it’s difficult to say it stands up against his last few albums. As solid as the production is, it’s not quite as good as Caiazzo’s work on “Chamber No. 9” and the highlights are often short blasts of magic that actually stick to the album’s theme. The precise flow, wild energy and outlandish vocabulary are all here and correct, and will please many Wu-Tang fans yet there’s the imminent feeling of “What if?”. The much-hyped “GHOSTDOOM” project with MF Doom, the aforementioned “Supreme Clientele 2” and even the “Wu Block 2” record have all been announced, so “Ghostface Killahs” still feels like an appetizer for the main course.