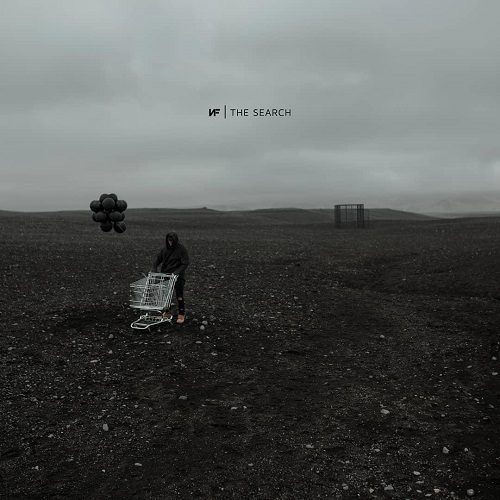 It’s not scientifically possible to start a white rapper review without addressing Eminem. His recent records have been divisive, leaving a visible dent on his legacy. For many, he’s the greatest emcee of the modern era but 2017’s “Revival” was such a low point in his career that many fans still haven’t forgiven him. My own personal opinion was that he has become so obsessed with the English language and trying to stack rhymes within rhymes, adjusting his accent to often rhyme words that shouldn’t rhyme, that the very essence of Em’s music was lost. It stopped being fun to listen to. He may as well put out an acapella record and let the fans make the version of Em that they want to hear. He has access to Alchemist, DJ Premier, Dr. Dre and pretty much any producer in the world so it’s frustrating to see one of the most talented emcees lose his touch.

Now that’s off my chest, let’s address the Michigan rapper simply named NF. Clearly influenced by Em, his fifth studio album “The Search” would be a really good Eminem album, but it’s much more than that. On the one hand, you don’t get the infantile dad jokes and celebrity guests stepping in with a radio-friendly hook. On the other, you get an intense syllable-heavy style of rap that has no problem with sharing powerful messages. NF spends most of his time delivering heartfelt insight into his struggles with mental health – specifically his depression. It’s certainly not to everybody’s tastes and would go down like a lead balloon if played at a party, but it’s easy to see why “The Search” has been so popular. His previous album went platinum in Canada and the United States, and “The Search” looks like doing the same. Based on album sales alone (not streams), it’s the best-selling hip hop record of 2019.

A large reason for Eminem’s early success was his angst-ridden outbursts and frank depictions of depression and mood swings that resonated with a teenage audience. He was mentally unstable and injected humor and lyrical acrobatics to help get that message over in a manner that wasn’t overly morbid. NF’s style is more straight forward – and often reaches the blunt, suicidal moments that Trademarc’s “Black Ash Days” displayed but for a generation struggling with anxiety and depression, there’s a humanity to NF that connects. The fact that he never collaborates just adds to his aura.

The single “Time” is probably the one song that would turn many pop fans to his music. There’s a bit of that Ed Sheeran magic that radio playlists lap up, but on the album, it is the brief relief between “Nate” and “Returns”, two of the more relentless songs. That’s actually one of the key reasons “The Search” gets away with the constant oppressiveness – each onslaught is offset by a lighter, more approachable display from NF.

The drab colors (or lack of) runs throughout every video and the album’s artwork. NF is Nathan Feuerstein’s initials, but it could easily stand for Not Fun. Needs Faith. No Features. Whatever it could stand for, NF’s music is a brand of emo-rap that is hard to sell to a hip hop fan that cites Atmosphere or Joe Budden as the boundaries of emotional rap. NF’s darkness is often overbearing and occasionally strikes a chord with its sheer potency.

“When I Grow Up” actually shows some positivity and some lighter moments. NF isn’t sure if he has grown up yet, having achieved his goal of becoming a successful rapper yet lacking that sense of achievement and completeness one would expect. The sense of growth is something many going through struggles experience, reminiscing on happier times as NF does on “I Miss The Days”:

“I miss the days when, I had a smile on my face and
Wasn’t so caught up in the small things
Wasn’t so adamant that I could handle everything alone
Wasn’t so cautious, and always exhausted
And actually listened to things that my heart said
Riding my bike, just riding my bike
Not overthinking my life
Not always wondering if I’m a likeable person and someone that nobody likes
Not always stressing about money or losing my job
And scared I ain’t making a flight
Not going to bed every night with this knot in my stomach that never unwinds
What happened to me…

You’re quickly brought back into NF’s dark psyche. “Let Me Go” is particularly powerful – the soundtrack for anyone that’s contemplated ending their life that will bring a tear to one’s eye if you’ve ever been in that mindset. With NF then stating in an interlude he had everything he dreamed of from his career, but still felt that he would be better off dead. Trust me guys, this isn’t a record for everybody.

Mainstream music outlets have dismissed NF either due to his bleak outlook or because he identifies as a Christian rapper. It’s likely the latter, which always baffles me. Rappers like Lecrae and Andy Mineo highlight that it’s a dated label quickly planted on an artist with certain moral values. It’s not like these emcees are reciting bible verses and attacking other beliefs. I wouldn’t have known this was a “Christian rap” album if it wasn’t pointed out in the accompanying press releases and subsequent reviews. If anything, it’s so devoid of hope and love that “Christian rap” is the last thing I’d call it.

There are more nuanced (and enjoyable) approaches to records focused on depression. Elzhi’s “Lead Poison” is still the one I’d recommend first but NF impresses on “The Search”. The irony of NF and the inevitable Eminem comparisons is that NF isn’t actually using big words or smart wordplay. By stripping that away, his barrage of words – married with the booming, cinematic production (credited as NF and Tommee Profitt) – is surprisingly digestible. Whether you’ll listen to this with a smile on your face is another matter entirely.