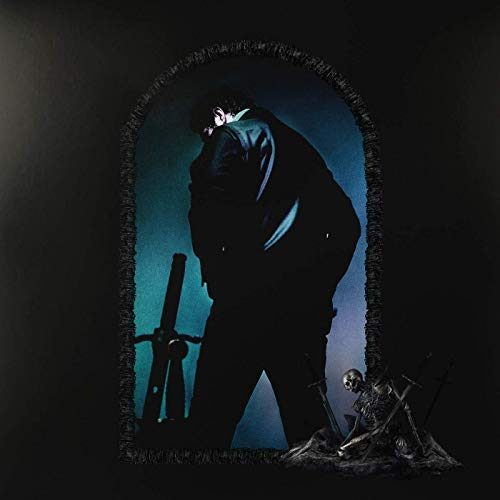 On “Beerbongs & Bentleys” writer Matt Jost said that he had come to terms with Post Malone’s style of hip-hop being popular, but also noted his dissatisfaction that one “can only get trace elements of rap” out of it. That’s something I routinely struggle with after having enjoyed hip-hop for over 35 years. I’m unapologetically affectionate for the era of rap I grew up on — Whodini, Run-D.M.C., Ice-T, LL Cool J, Public Enemy, N.W.A, Too $hort, Geto Boys, et cetera. These groups, these men, these RAPPERS could not be mistaken for singers in any way. In fact many rap artists of the era openly expressed their disdain for “rhythm & bulls**t” taking up so much of the airspace on the radio and in pop culture when it was their music that sold. It was not uncommon for rap fans to automatically be suspicious of any rapper who made a cameo on a R&B track as a “sellout” to the culture.

After a quarter century of writing about hip-hop music professionally, the dialogue has definitely changed. Rappers making cameos on R&B songs is no longer controversial — it’s smart marketing. R&B artists doing raps is no longer unexpected — it’s chart topping. Accidentally or by design a lot of the lines have been blurred (so tell the paparazzi get the lens right). What do we say about Austin Richard Post (Malone) under those circumstances? In the era I came of age he would not have been called a “rapper” but the amount of gray hairs on my temple are reason enough to doubt whether that’s my call to make. While we venerate the elder statesmen/women who are still in the game making records, there’s no question that music is made for and made to BE consumed by the young first. “Hollywood’s Bleeding” isn’t for me — it’s for my nephews, my in-laws and probably for you too.

That’s also a cop-out and I’m going to call bulls**t on myself for saying it. Just because I’m not the target demographic for Post Malone, a 24-year-old making music for teenagers and college students, doesn’t mean that there’s no place for a lifelong music consumer to critically examine the strengths and flaws of that music. When listening to Malone’s music, which I freely admit that I enjoy, the only time I can really recognize that he’s a rapper are on songs that feature OTHER rappers. The irony is that those rappers (like Future) are the ones that inspired his sing-rap-tuned style of hip-hop.

One of the album’s high points was already released earlier on the “Spider-Man: Into the Spider-Verse” soundtrack — his “Sunflower” duet with Swae Lee. There’s a certain kind of musical magic to that Bell & Lang produced track that’s hard to reproduce, but that hasn’t stopped him from trying on this album. “Wow” is good but it doesn’t quite reach that level.

Malone has an army of fans and an equally large contingent of guest stars on “Hollywood’s Bleeding“. Young Thug guest stars on “Goodbyes”, Meek Mill and Lil Baby go “On the Road” with him, and SZA’s singing on “Staring at the Sun” finally gives Malone the sequel to “Sunflower” he was looking for.

Listening to “Hollywood’s Bleeding” requires a change in mindset which Mr. Jost previously alluded to in his review. If you expect Post Malone to be a “rapper” in the traditional sense, you’re probably going to wind up hating some otherwise decent music. What Malone may lack in depth he makes up for in style, crooning effortlessly over a quality of selection of beats, letting his guests take up the slack when he doesn’t have enough of himself to give to a track. That’s not weakness, it’s brilliance. It’s the reason the album only becomes tiresome if you force yourself to sit there listening to it waiting for him to “rap” on a song. That’s not what he’s here for, so stop expecting the mountain to come to Moses, because it’s highly unlikely to ever move.