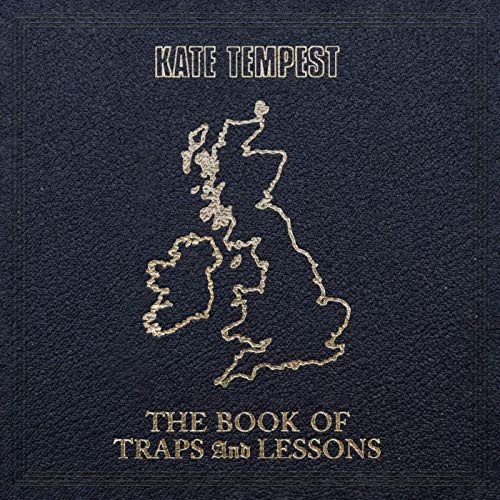 The Book of Traps and Lessons

Kate Tempest :: The Book of Traps and Lessons

Over the course of three studio albums, British rapper/poet/writer/spoken word artist Kate Tempest has proven herself a force to be reckoned with. Her poetic take on hip-hop has made her a powerful voice documenting the joys and struggles of post-millennial Great Britain. Her last two albums were nominated for Mercury Prizes, and 2014’s “Everybody Down” caught the ear of music legend Rick Rubin. The producer called Tempest up to record an album, and “The Book of Traps and Lessons” is the result.

Unlike her previous albums, “The Book of Traps and Lessons” isn’t built around a unifying story. The album still works as a piece, but Tempest spends less time moving the plot along than in “Everybody Down” and “Let Them Eat Chaos.” As much as I loved both of those albums, “The Books of Traps and Lessons” is even more powerful because Tempest doesn’t need to waste time on the artifice of a unifying narrative. These are some of her most crushing pieces. She captures so much about what it is like to be alive at this moment in history in her words.

On “Brown Eyed Man” she manages to connect racist police brutality with consumerism, capitalism, imperialism, and colonialism. In verse after verse she describes how the actions of the police in London or New York are part of the wars we fight abroad and how we are marketed to.

“I’m the child of the Gimme More Nation
When they want something they launch an occupation
They plunder and they pillage
They call it liberation
They’re bombing and maiming
Stealing and taking
But they lock me up and they paint me a demon
For trying to do right by my beautiful children
They’re killing for money
They’re crippling countries
They’re just doing it all
Beneath the flag that says freedom
Now, what’s the matter with you?
You’re lying if you think that my pain isn’t your pain
Because when I’m hit, you flinch”

That last line points to one of the key themes of this album: the idea that we are all connected. One of the things that makes this album so effective is that Tempest never gives into despair. Even when describing the direst situations, there is always compassion and love in her words. “People’s Faces,” a song about Brexit that opens with the line “It is coming to pass/My country is coming apart,” instills hope in the chorus:

“I can feel things changing
Even when I’m weak and I’m breaking
Because I can see your faces
There is so much peace to be found in people’s faces.”

As beautiful as “The Book of Traps and Lessons” is, it is Kate Tempest’s least musical album. Only a few tracks have what could be described as a beat, and there are several songs whose production is so sparse they are basically acapella. This album feels like a spoken word album rather than a hip-hop album. Rick Rubin is known for his stripped down, back-to-basics production style, but in his efforts to highlight Tempest’s voice he has sacrificed the musical component that has made her such a compelling artist.

With the exception of “I Trap You,” “Firesmoke,” and maybe one or two others, most of these songs feel like extended versions of the same piece. The end result is the sense that you are listening to the soundtrack to a one-person show rather than a musical album. That isn’t necessarily a bad thing, but it does make for a different and less accessible listening experience.

Even if you struggle with the minimal production, “The Book of Traps and Lessons” is still an important album and one worth repeated listens. We are in an age of chaos and outrage, and Tempest offers clarity and compassion. She is one of the great voices of our age, and an essential artist.