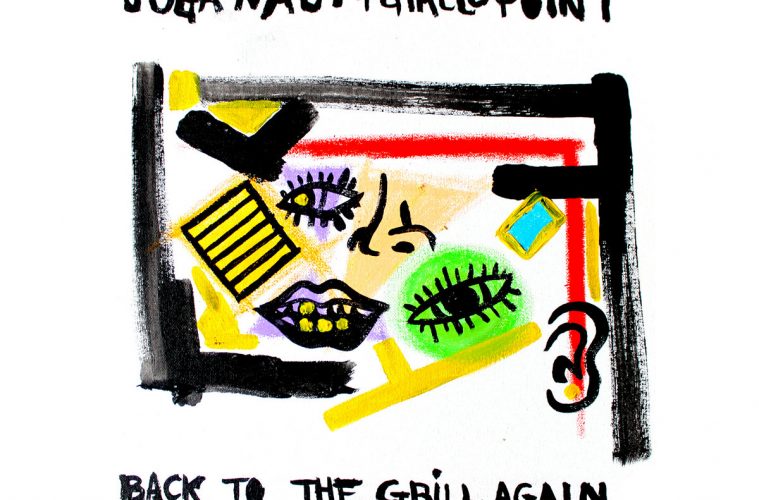 Juga-Naut & Giallo Point :: Back to the Grill Again

Historically, Hip Hop has been dominated by New York City and Grime has been dominated by London. Iconic cities that have an aura about them – something that is hard to emulate if you’re from elsewhere. But just as the various areas of the United States have all made their mark on Hip Hop, pockets of the United Kingdom have begun to leave their mark on the British scene. When it comes to Hip Hop in the UK, Nottingham has a storied history, bestowing prominent DJs like Shortee Blitz and Mistajam; production wizards The P Brothers; and mean lyricists like Cappo and Scorzayzee. The accent isn’t as strong as more Northern regions, such as Liverpool or Newcastle, so it’s not surprising to see Juga-Naut getting his shine after blessing the Notts’ scene for the last decade.

Giallo Point, while a familiar name in underground circles thanks to his work with Eto, Smoovth and Estee Nack, also hails from the United Kingdom. With his recent successes, this connection allows for the occasional American collaboration, but “Back to the Grill Again” is designed to shine the spotlight on Juga-Naut. Keen observers will note that the album’s title is a nod to Nas, who Juga-Naut claims to be heavily influenced by, but his style is more along the lines of Roc Marciano and Kool G Rap. All you need to know is that he’s nasty.

Giallo’s ability to craft dramatic yet smooth instrumentals lends itself to gritty Mafioso rap, but Juga-Naut’s approach is, as Scorzayzee aptly describes it on “Twin Piranhas”, “boasting about boasting”. It may not be to everybody’s tastes, but there’s a talent to saying shit without saying shit. “Connect the Dots” shows that Notts’ finest can compete with the likes of Milano – which may be a mild complement in the grand scheme of things, but is certainly more natural than the change in direction fellow Brits Sonnyjim or Iron Braydz (now Da Flyy Hooligan) made.

“Rock, Paper & Scissors” is the quintessential Juga-Naut experience, but “Gold Barbells” closing the album is the cherry on top. Does The Source still do Hip Hop Quotables? Because the verse would be a surefire contender – if they even knew who could spit quotables in 2019. It’s not necessarily just how nice he is with the bars, because Giallo’s work here is some his finest too. “The Ruins” is tense yet holds all the somber ease of a midnight stroll along a river. “Log Cabin” could be a Children of Zeus track. “Silk & Spinach” has an 80s Dario Argento mysteriousness to it – it’s clear where Giallo’s influences lie but the versatility continues to impress.

Will this put Notts on the map? Probably not, but it opens the door to further collaborations and Juga-Naut has showcased on “Back to the Grill Again” that while he may not quite be Nas (who is?), he offers an impressive arsenal of raps that allow him to hang with some of the finest emcees in the scene.