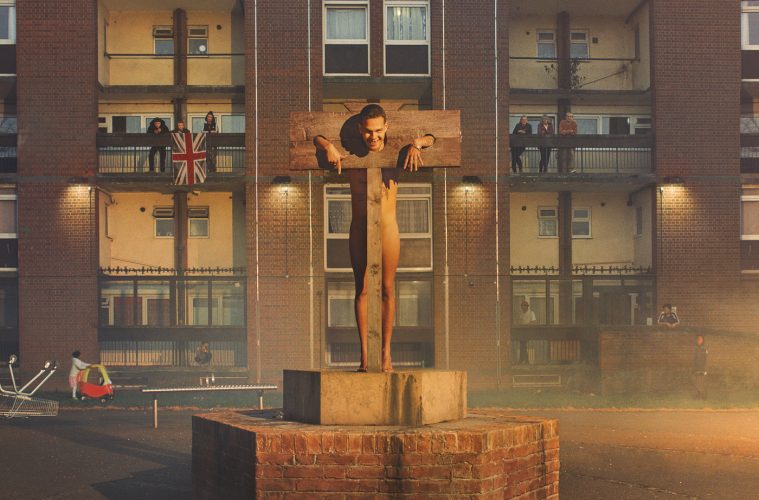 Nothing Great About Britain

slowthai :: Nothing Great About Britain

When you’re faced with something unknown to you, what’s also unknown is what you can expect. Some have varying extents of apprehension about it while others choose to embrace it, to learn what it’s about so that they can make an informed assessment. The English hip-hop artist known as slowthai was unknown to me by several degrees until recently. His 2019 debut album with the eye-opening title “Nothing Great About Britain” made many heads turn. From what I garner, controversy with the spotlight on himself is nothing new to slowthai: He’s been bitingly critical in his lyrics over English politics, he took aim at Brexit and even went on stage at the Mercury Prize ceremony and held a decapitated effigy of former Prime Minister Boris Johnson. Evidently, slowthai is no stranger to controversy and seems comfortable in it. He has much to say about his life on his debut, a debut which I was initially (and admittedly) thrown off by. The off-kilter electronic influence on the opening track was even more off-kilter due to slowthai’s off-beat flow over the song, the same goes for several tracks on the album. However, that was just a part of my first time giving the album a listen. I’ve listened to the album several times since, but has my stance changed? Let’s find out.

It’s clear from his image that slowthai heavily identifies with the punk scene and its culture. With Kwes Darko handling the majority of the production, he takes the unconventionality of punk music and reframes it into an electronic form. The title track which opens the album is where this approach begins. Again, the most noticeable part of the track is that slowthai’s flow is totally off-beat with his lyrics which are littered with dense Cockney slang. But perhaps that’s the point: Being punk and rebellious means that there’s no conventions or him to follow. The album’s second single, “Doorman”, is produced by Mura Masa who is known in the U.K. scene for his penchant for electronic music. However, his production on this track has a fast-pace reminiscent of punk, along with some distorted effects in the beat. There is some versatility to slowthai’s lyrical topics, such as on “Dead Leaves” and “Gorgeous”. The former has an electronic-driven beat, over which slowthai loosely uses autumn leaves as a metaphor for Britain’s resilience. The former is more of a storytelling track, complete with teenage shenanigans and law-breaking mischief.

The autobiographical angle continues on “Crack”, which Bhatt and slowthai himself helped produce. Over 808 snares, he compares women in his life to drugs and speaks of a bittersweet break-up, but it doesn’t hold much interest given that it adds nothing new to the whole “woman-as-a-metaphor-for-society’s-ills” cliché. Two tracks that DO peak my interest are “Grow Up” and “Inglorious”. I actually like the first verse on “Grow Up”, though guest rapper JayKae does better on the second verse. He’s got a better flow and the song is summed up in the end with the message of “Don’t get told. Be bold”. “Inglorious” is the album’s first single. It’s an organ-heavy beat, courtesy of JD. Reid, which amplifies its dark moodiness. Guest rapper Skepta lends his vocals and has the better raps in terms of flow and content. The beat is almost trap-like and the title is a nod to the 2009 Quentin Tarantino film, “Inglorious Basterds”, and so is the video:

Darko completes the last four tracks of the album: “Toaster” is built off of some guitar licks, but slowthai continues to make use of an off-beat flow. In that respect, it’s reminiscent of the title track, but slowthai’s voice grows in urgency in the hook. He gets more introspective on “Peace of Mind”, where he spells out life as a mixed-race kid from an English ghetto. He aptly compares himself to Sex Pistols legend Sid Vicious and utilizes echoing vocals on the hook, symbolizing his peace of mind which he only obtains when dreaming about a life that isn’t his. “Missing” is comprised of the best beat on the album. It has the most rhythm, the snares are harder, and the background music has a trippy “Twilight Zone” vibe to it. On the closer, “Northampton’s Child”, he gives us another autobiographical track. What’s interesting here is how he considers his mother the “Queen” and not Britain’s monarch.

The things that the genres of punk and hip-hop have in common are rebellion and anti-establishment, even with the shifts in the appearances of both genres over the decades. However, sometimes I feel like artists tend to bludgeon listeners over the head with blunt objects about just how “different” they believe themselves to be. slowthai gained notoriety for being unvarnished in his lyrics over his country’s politics, but that isn’t shown much on the album except for its title. He says there’s “Nothing Great About Britain“, but the same can be said about his debut album, even with the bright spots.