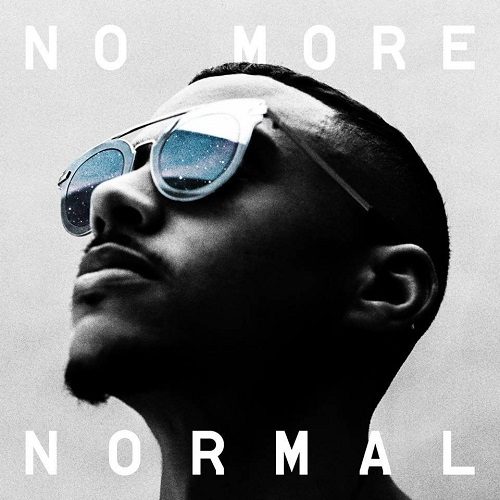 If we may once more point to a characteristic of the UK music scene, it would be that individual comfort zones seem to get relatively generously interpreted as artists are often seen collaborating outside of the compound industry rules would traditionally confine them to. There may be better examples, but for the sake of simplicity consider that this year’s “No. 6 Collaborations Project” has a predecessor in “No. 5 Collaborations Project”, an EP an unsigned Ed Sheeran put out in 2010 featuring the pick of the grime litter. Apparently Sheeran, who today is one of the internet’s most streamed artists (currently second only to a certain Canadian crooner/rapper), felt like letting his folk pop clash with roadman talk.

We are all well aware that the music biz welcomes every opportunity to create synergy effects. Collaborations can be catalysts for potential crossovers. These things don’t happen by accident (most of the time anyway). By the same token, expectations rightfully rise when the non-accidental nature of collabs is the result of mutual artistic curiosity.

Swindle would probably deny that curiosity was the driving force behind “No More Normal”. Instead we can assume that he chose his collaborators with the goal to create something that comes together organically, however disparate the origins may be. As the producer, Swindle is the man with the vision. To encourage that mutual understanding, the track that now opens his album, “What We Do”, was used as an instructional piece for each studio session – as the press release puts it – ‘a way of Swindle explaining what he was setting out to achieve’.

During the intro, grime MC’s P Money and D Double E make a brief appearance, but it’s Rider Shafique who takes command of the proceedings with a spoken word performance that outlines the purpose of the project. It would be perfectly okay if Swindle and his cast would let the music do the talking and get their message across without putting it into words. That’s what for instance jazz does. But while jazz musicians are among “No More Normal”‘s contributors, so are vocalists who represent genres with a sense of mission, mainly rap/grime and soul/funk. Swindle turns to them knowing lyrics can express an intent fairly explicitly. Rider Shafique in his opening statement: “We document the times and enlighten the confused / Unified through ryhme, the future is ours as long as it’s a future that we can choose”.

On the rap/grime end, veteran Ghetts is on his own on “Drill Work”, carving his way through limber basslines alternating with sharp cello strings. Knucks meanwhile shares the stage with singers Kiko Bun and Eva Lazarus on the live rendition of J Dilla’s soul period on “Run Up”, while D Double E and Kiko Bun exchange thoughts on glorious pasts and uncertain futures on “Take it Back”.

At only 32:33 running time, “No More Normal” is suited to not have an answer for everything. But while the band keeps it shorter than they would at a live gig, Swindle has strung together a short but sweet set that runs the gamut from vocoder vocals in slinky funk settings, pinpoint grime bars, neo-soul that tilts towards vintage soul, retro-futuristic funk, to staccato acapella raps that pass over into swinging harmonies.

When “Coming Home” segues into “Reach the Stars”, it is not a transition determined by algorithms, but the conscious, creative act of a musician. The musical relay proceeds so smoothly that it almost feels wrong when the spotlight shines longer on individual performers. Especially Kojey Radical piles up quite a bit on single “Coming Home” – including a vocal approximation that feels too close to Anderson .Paak. It should also be noted that Swindle presides over an orderly assembly. This is not a jam session, it’s a well conducted composition where everyone assumes their designated place – a traditional approach mirrored by conventional topics of conversation (see “Talk a Lot” or “Knowledge”). Especially sonically, “No More Normal” is a performance for the salon, not for the street. On that note, we’d be remiss not to mention that Swindle started out making beats for grime artists. But even back then (as far back as 2007, early production credits for Chipmunk, Asher D and Professor Green), it appears that he already infused his tracks with elements of funk, soul and jazz. Swindle doesn’t deserve respect because he now works with real musicians with actual talent (OK boomer), he deserves respect because he pursues his musical vision and persuades a diverse cast to help him realize it.