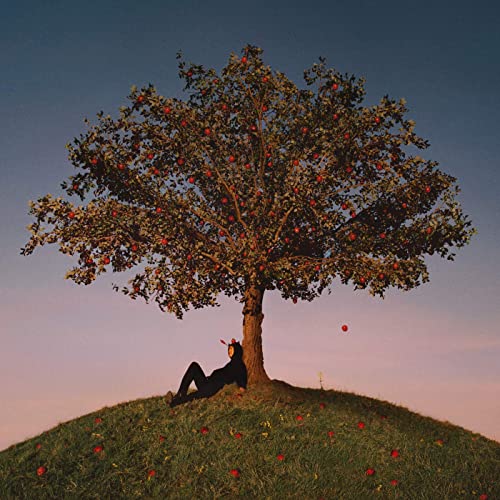 First impressions can he hard to overcome, and the first impression I had of slowthai from “Nothing Great About Britain” was that he was overrated. The word on the street was that he was outspoken, controversial and the next generation of up-and-coming grime rap out of the United Kingdom. Sy’s review pierced my perception of him as an artist and made me think that his much hyped publicity stunts (like holding up a fake severed head of PM Boris Johnson for a performance) were just that — STUNTS. I didn’t know if I could take anything slowthai did afterward seriously.

“CANCELLED” from “TYRON” is a direct answer to the critics. The video got my attention immediately by parodying an old Budweiser commercial but saying WHA’GWANNN instead of WHAZZZZUP. Okay slowthai, I feel you. Putting Skepta on the track was also a good move. Most importantly though the Darko produced track THUMPS. This one talks all the best aspects of grimy UK hip-hop and encapsulates it in a compact package. The clip should probably be age restricted for some audiences based on violent imagery and violent lyrics, but Mr. Tyron bruh, I feel what you did on this one.

To the uninitiated whose knowledge of grime starts and ends with Big Shaq’s “Mans Not Hot” parody, it may not immediately translate why songs like “VEX” are dope, but take a closer look at what he’s saying on the bars. This is a troubled lad. “Sleepless nights, get cold chills/and a peaceful mind, been tortured still/Wet wipe kids ain’t shit on my shoe/used to get vexed, now I just mmhmm/Been bad since I stepped out the womb/In a barrel with crabs, had to make them food/Always wanted more, but I learned to make do/If my attitude’s poor, it’s because of you.” This is what I expected from slowthai all along — the voice of a disaffected youth from Northampton who channels his rage into the music he makes. That kind of frustration is universal enough for a collaboration with A$AP Rocky on “MAZZA” to be perfect.

And unexpectedly slowthai is also trying to get in touch with his emotions on “feel away” featuring James Blake and Mount Kimbie. The video gets closer to that “attention getting stunts” category, but he seems sincere enough when he says “put a baby in your stomach if that’s what you desire” even though he’s the one showing in the clip. It’s refreshing though for those who have decided grime can only be “this” or “that” to see slowthai challenging the conventions with a downright moody and melodic track.

I think “adhd” might be one the tracks that explains the misunderstood slowthai best. “You can’t see the tears through the raindrops” and “smoke weed the only way I fall asleep” are the kind of raw emotional takes you might expect from Tyler, The Creator and much like him the script can flip in a heartbeat. Suddenly slowthai seems to be talking to his deceased brother and then he flips out and starts yelling over the beat. “I’ve got tendencies! Psycho tendencies!” There’s so much trouble on slowthai’s mind, but despite it all, he refuses to lose.

slowthai isn’t who I thought he was, and “TYRON” isn’t what I thought it would be. The production from Darko, Krash and Kenny Beats is on point and carries the presentation beautifully. Speaking of the latter it’s not a surprise that Denzel Curry guests on “terms” and it’s another among many of this album’s highlights. “Shit could be worse” sounds like a depressing state of mind, but it could also be the silver lining to a pandemic, when you have to make the best of what you have under the circumstances.

If like me you formed a first impression of slowthai from “Nothing Great About Britain” and didn’t realize how talented he truly was, I urge you to reconsider and give him a second chance for “TYRON.” He’s successfully bridged the gap from local to international with this album and when everyone can go on tour again I think he’ll have a ready made audience well outside of the United Kingdom.