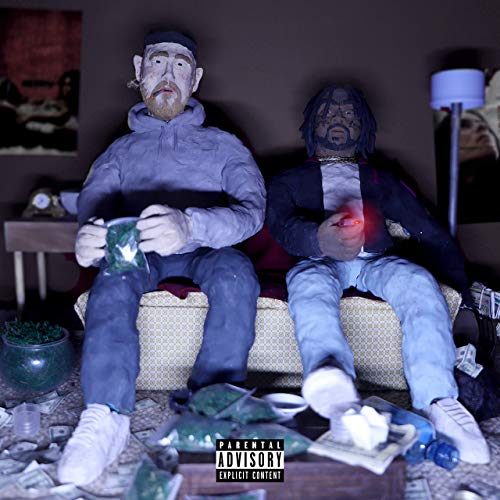 “Whoa Kenny!” Before 2019 I wouldn’t have considered that signature to be as recognizable as “DJ Premier-P-P-P-Premier” or “M-M-M-Maybach Music”. Once I started watching The Cave though all that changed. Overnight I went from not giving Kenny Beats a second thought to actively looking forward to seeing his name in the credits of a new album. To be honest some of the rappers he’s produced for are incomprehensibly bad, but at least the beats Kenny laced were tighter than Refrigerator Perry in a Subaru. His knack for putting knock on a track, banging out that bass bottom and hitting it out the park on production makes each instrumental a pleasure regardless of the rapper flowing on it.

It’s time for 03 Greedo to put the theory “Kenny Beats can do no wrong” to its toughest test yet. Last time I looked at his work I was perplexed as to how DJ Mustard (another easily identifiable production signature) could be so fire and the highly touted Greedo be so icy. Not icey, mind you. I know if Greedo weren’t doing a five year minimum bid he’d be flossing right now, and I’d celebrate him getting out and living it up. That’s not to be confused with me celebrating his music. I’m going to be happy any time that the incarceration rate is lowered and someone returns to society, and I’m going to be hopeful that when 03 returns his musical career is his sole focus. Considering he and Kenny can produce and release “Netflix & Deal” even while he’s behind bars, I have no reason to believe he won’t succeed.

“Disco Shit” is a pretty clever way of getting around him being unable to film a video to support the album — don’t. By having claymation representations of Kenny and Greedo enact the plot of this mini movie, and having Freddie Gibbs as a guest star in said same, it’s a next level power move to keep 03’s visibility in the music scene high. Cameos are not in short supply on “Netflix & Deal” either. Maxo Kream lends a hand on “Beg Your Pardon”, KEY! appears on “Aye Twin” and Vince Staples hits it hard on “Blue People”. It may be my favorite track of the half hour album.

Good news — “Whoa Kenny” does not disappoint for any of that half hour. The watery wave of “Payback”, the reverberating bass of “Traffic”, the head nodding flow of “Dead Presidents”, it all works. The lyrics? They sort of work. 03 sings his way through songs like the latter track, and while he’s mostly just flossing, he occasionally takes the time to call out peers who have let him down by not being as G as he.

“Now you strung out, you can’t even pull your gun out
You the reason he got gunned down and that’s why you don’t come ’round
You like you ain’t from ’round
F–k around get gunned down
Hoe you who we can’t trust now
Ooh, this is not what you’re ’bout
We the type to jump out
We ain’t chasin no clout”

If I said I didn’t see some improvement in 03’s story telling abilities I’d be lying, but I imagine with nothing but time on his hands and a pen and a pad, he’s got plenty of time to write shit down. I’d also be lying it I said I was entirely convinced he adds something new to the rap scene that other singing rappers like Trippie Redd and Future don’t already do. I’d be complicit in promoting mediocrity for not pointing out that eventually when everybody sings and AutoTunes they all start to sound like each other, and I don’t think that’s good career longevity for anyone. I hope that 03 continues to develop his writing, create a more unique flow than his contemporaries, and work with Kenny Beats on forthcoming projects. There’s a path forward for him to do more in his life than serve 5 to 20.