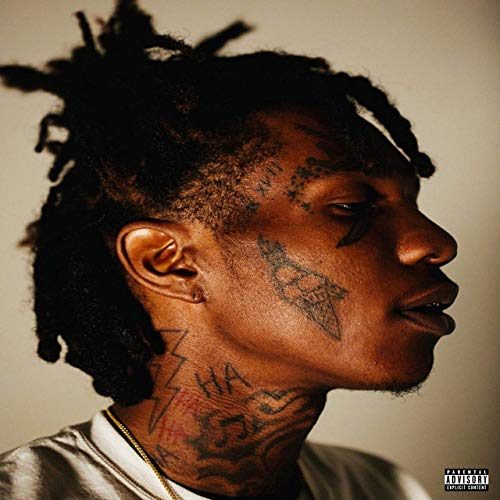 There are times where I half-seriously question if the increasing commonality of rappers naming themselves “Lil” and “Young” (and all associated spellings of those words) is some sort of government conspiracy to rob young black men and women of their power. “Big Daddy Kane” sounds like a brother you don’t want to fuck with. “Project Pat” sounds like a mean motherfucker. God bless the dead but “Lil Peep” doesn’t sound all that intimidating, nor does Lil Pump, Lil Debbie or Lil Yachty. Growing up I used to ask the question “What is Young MC gonna do once he gets old?” Now I know the answer. He’s forced to forever be Young MC. Some artists can get away with shedding their moniker – Lil Bow Wow simply dropped the “Lil”, but Young MC can’t just be “MC” – he’s ALREADY an emcee. MC the emcee? C’mon now, that don’t make no God damn sense.

I think Lil Wop will have the same problem in the years to come. I can’t see him ever changing his name to just “Wop”, and if anything “Big Wop” might be more absurd. The weird thing is that wop is usually a derogatory term for someone of Italian heritage, and just taking a look at Lil Wop I suspect he’s not super Italian. His sister is Kodie Shane and his cousin is Famous Dex, so draw any conclusions you like from that. Either way on “XVII” the Chicago born (Southside) and Atlanta residing emcee sounds like he’d be older than both of them put together even though he’s only 24 years old. Remember how D.O.C. sounded after his car accident? Multiply that by about ten thousand and you’ve got Lil Wop. He may in fact unintentionally be the most ironically named “Lil” in rap history. His voice is so raspy it sounds geriatric. It’s like he spent an entire lifetime drinking whiskey and smoking Cuban cigars.

When the young rappers asks “Where You Been?” my first thought is where was HE that this happened to his voice? I don’t mean to make light of it — in fact I intend the exact opposite. It sounds like something horrible happened to him, like he got slashed in the throat with a glass bottle, and the surgeons did the best they could. Maybe he got cancer when he was very young and it spread to his esophagus, forcing surgeons to remove a large part of his vocal chords and reconstruct it from what was left. Maybe that’s just his natural speaking voice, but it’s hard to think that’s the case. For me to focus on it to this degree should tell you one thing about “XVII” – it absolutely DOMINATES the album. You can’t talk about the production, the lyrics, the mixing or anything else without talking about his raspy, often nearly incomprehensible voice.

Much respect to the young man for taking whatever roll of the dice life gave him, whether his vocals are natural or accidental, either way. He’s clearly got the ambition to succeed or we wouldn’t be here talking about “XVII“, and the fact he had family in the rap game undoubtedly pushed him even harder to get out there and do the damn thing. The unfortunate truth though is that no matter how much I respect him for doing what I wouldn’t in his situation, it doesn’t make “XVII” any more listenable. The vocals are grating no matter what instrumentals you put them over, which is why when D.O.C. made his “comeback” he actually let someone else do most of the rapping on his album. Unfortunately Lil Wop can’t do that here. The beats are too generic and unremarkable to provide him any extra push, and the producer repeatedly shouting “AYYY” is worse than Sean Combs saying “Bad Boy” on every track. I’m sorry to say this is an album you should avoid.