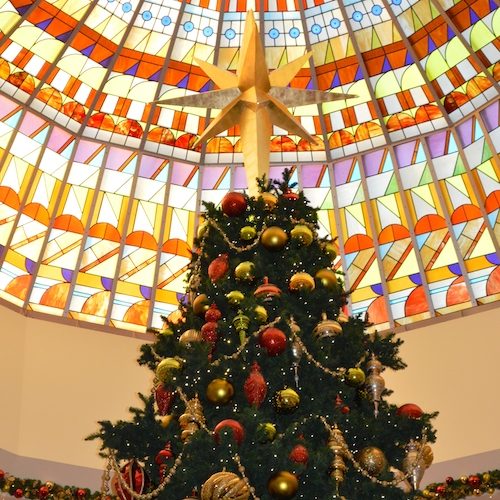 The Best Christmas Rap Videos of All Time

Finding rap videos to bring us all joyous tidings for the holiday season isn’t easy. In fact it’s HELLA hard. For better or worse hip-hop music may be better known for its surly side than its sentimental one. Despite that hip-hop legends Run-D.M.C. (R.I.P. Jam Master Jay) got us off to a great start three decades ago with “Christmas In Hollis” so that’s where we’ll begin.

The “King of Crunk” may not seem like the most natural choice for a toastmaster during the holidays, but his humorous “All I Want for Christmas” featuring the Kool-Aid Man actually nails the spirit of mirth and glee almost perfectly.

And just because that fat jolly old elf doesn’t represent in the hood the way he should, Death Row got together to send him a little reminder on “Santa Claus Goes Straight to the Ghetto” that he needs to look after ALL the little good boys and girls no matter where they’re at.

If Snoop and friends made things a little more dank for the season, Hopsin makes them straight up DARK on “Hell’s Carol,” but his sampling of “Carol of the Bells” is undeniably catchy despite his grim and Grinch-like rhymes. “Honestly I done got everything I ever wanted, but is it enough?”

Honestly he’s got nothing on inappropriate compared to Gucci Mane’s “St. Brick” though, where he’s dashing through the snow just to sell you a pound of blow. Remember though we’re working with a VERY short supply of Christmas themed rap videos though and this one certainly fits the bell.

The most hilarious song though may be Sidemen’s “Merry Merry Christmas” featuring Jme and LayZ, which makes it just about as grimy as you’d expect. For some reason they’re also non-stop attacking KSI for being fat, which might just lead to a boxing match on Boxing Day!

And what’s a holiday season without running your jewels?

That’s all for Christmas this year, but stay tuned to RapReviews.com next year to see if we can’t find some more holiday themed videos to share. All the best of the season to you and yours, no matter what you celebrate (or if you don’t), and here’s to the new year to come.