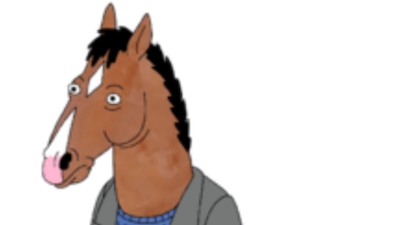 The only reason I have a subscription to Netflix is BoJack Horseman. They canceled everything else I liked or cared about. Luke Cage? Gone. Daredevil? Gone. Need I go on? 98% of their “original series” with the possible exception of Stranger Things don’t interest me, and even that show is one I have a hard time staying committed to. BoJack fascinates me though. The fact he’s an anthropomorphic horse in a world where anthropomorphic animals are a normal and accepted part of every day human life (and vice versa) leads to a lot of obvious jokes and puns, but it’s BoJack’s very real struggle with depression, alcoholism and building meaningful relationships that makes him “more man than a horse” to quote the show’s own outro. It doesn’t singularly focus on his struggles either. The supporting cast from Princess Carolyn to Diane Nguyen to Todd Chavez and Mr. PeanutButter each evolve from one episode and season to the next.

And now it’s all over. I suppose I’ll have to cancel Netflix again until something else comes along that I can find as binge-worthy as this show. In the meantime though for entirely selfish reasons I’m going to look back at the entirety of the show’s run and pick out my ten favorite moments — or at least the ten that Netflix hasn’t struck down for copyright infringement when they were shared on YouTube. If your favorite scene or mine doesn’t wind up making this list somehow that’s probably the reason why. This isn’t a ranked or ordered list — it’s just ten favorite moments.

2.) BoJack comes to terms with his mother Beatrice’s death

3.) Todd tells BoJack “You are all the things that are wrong with you”

7.) Secretariat says “you just keep running” no matter what

8.) Diane Nguyen talks about depression and being alone

9.) BoJack is in the desert trying to forget his name