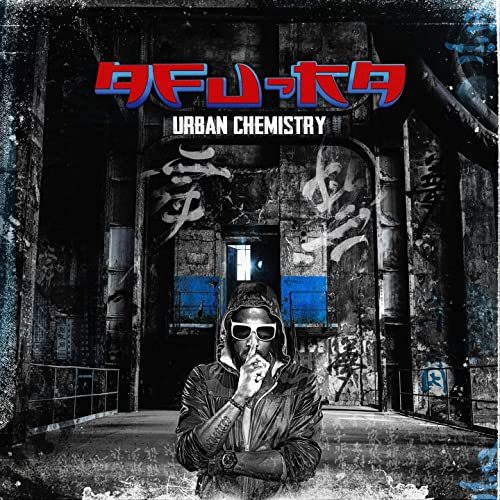 In the 1990’s Afu-Ra’s voice was closely associated with Jeru the Damaja thanks to hip-hop classic “The Sun Rises in the East” in general and the song “Mental Stamina” in particular. The newcomer would use that as a launching pad for a solo career, but for a long part of the 2000’s and 2010’s he seemed to be a non-factor in rap. That changed with the 2018 release of “Mazterchef,” which had a few interesting moments (including a reunion with Jeru) but failed to make a case his presence was absolutely necessary.

That hasn’t stopped either Ra or X-Ray Production from taking another crack at the scene with “Urban Chemistry” in 2020. One or both need to alert Wikipedia about his discography since (as of this review) it doesn’t list anything he’s done since 2012. It’s a positive that they consider him “notable” enough to have a page and simultaneously a negative that nobody cares enough about him to keep it up to date. Apparently their answer to that disrespect is to release a massive album clocking in at over 68 minutes long. If you came just to hear Ra good luck as every single track features a guest star. If you didn’t you might appreciate him spreading the wealth around on a huge album by modern day standards, but I question it when the only two guests I recognize on the album are Big Shug and Sizzla.

The title track of “Urban Chemistry” is the album’s highlight, and it’s NOT because of Ra or Big Shug, it’s because of French-Algerian rapper Keny Arkana. It took me a while to pick up on who she was because Ra seems to be calling her “King Yr-kana” on the hook, but I’m definitely more interested in checking out her catalogue after hearing her flow on this rock guitar heavy track. I’m definitely more interested in Arkana than hearing Ra call himself a “poisonous Taoist” for the millionth time, a great line in 1994 he now leans on like a crutch on tracks. As for Big Shug you should already know the deal by now — suspect bars, poor construction, and a deep booming voice. This weirdly assembled trio works largely because of the musical backdrop and would fall apart over a less compelling beat.

Eventually the album starts to feel more like a showcase for artists that X-Ray Production hopes to launch off the remaining name value Afu-Ra still has in 2020 rather than modern day artists supporting an old school O.G. There are occasional attempts to capture an international flair similar to the album’s signature cut such as “Molecular” featuring Jah Mason and Rocca, and despite Ra vowing he’s the “three pointer at the buzzer” to get the win, he once again ends up being the least interesting part of the track.

A lot of this album leans heavily on Jamaican riddim and patois, such as “Me & My Sensi” featuring Charly B (not to be confused with Charli Baltimore), “War Chemicals” featuring Stranjah Miller and “Lion Science” featuring Sr Wilson. It’s a bit like watching minor league baseball though — fun if you’ve had a few beers until eventually the fact they are not major league talent sinks in. I don’t think I could buy a whole album from Sr Wilson and remain interested. He’s not that good. He’s definitely no Sizzla. Oh — and that Sizzla track? It’s a remix of one they already used before on “Mazterchef” called “Firetricity.” They didn’t even change the name of the track to indicate it was new in any way.

I can’t call any album that clocks in at over an hour long something with no effort put into it, but I can say there was a POOR effort put into “Urban Chemistry” that does few favors to anybody involved. Afu-Ra phones in cliched punchlines about being witty or clever that don’t prove him to be such, the long list of unknowns making cameos drown out what little value his bars offer, and the few interesting songs here feature people who aren’t rapping in English. In short you should probably pass on buying this one.