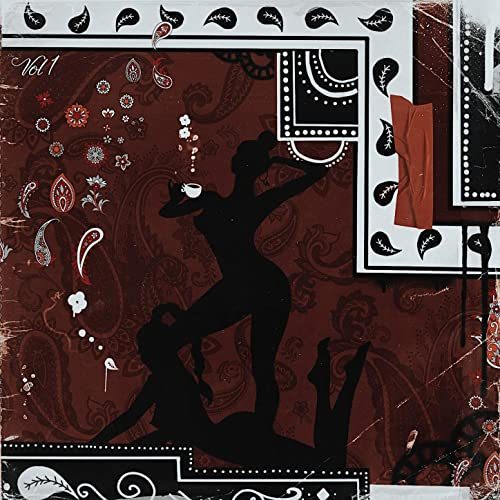 Compton rapper Problem has become somewhat of an ambassador for his city. Besides two albums and a slew of mixtapes, he’s been featured on news features about how the city has responded to COVID, and wrote, produced, and directed his own short film about the city, “A Compton Story.” “Coffee & Kush, Vol. 1” is his first musical project since his sophomore album “S2.”

The title of this album does a nice job of setting the tone for the record. It has some of the energy and aggression of caffeine, but is tempered with the mellowness and introspection of cannabis. It hits hard but is also laid back.

A lot of the album juggles with what it means to grow up as a rapper and a man. There are a lot of references to trying to move away from some of what he did as a younger man, and not wanting those actions to define him. He raps about burying beef with other rappers, and in general trying to be a better person. There are also some heartfelt tributes to Pac and Nipsey, especially on “Janet (Freestyle) – Remix.”

While Problem is best known for his work with West Coast rappers, including Snoop and DJ Quik, he manages to channel Jay Z of all people on “Wait A Minute,” managing to capture both Jay Z’s swagger and newfound humility.

That said, this is most definitely a West Coast record. Terrence Martin’s executive production ensures that everything is smooth and banging. Additional production is provided by Mike & Keys, DJ Kai, and MIles Rose among others. There are some heavy DJ Mustard vibes in the pulsing beats on tracks like “Don’t Be Mad At Me” and “Top of the Top.”

Problem was a ghostwriter before he took the mic himself, and his skills as both a rapper and lyricist are evident all over “Coffee & Kush, Vol. 1.” He has an effortless and smooth style, and rarely drops a clunky line. His delivery as much as his lyrics are what make this project so enjoyable. It really does go down like a cup of weed-laced coffee.